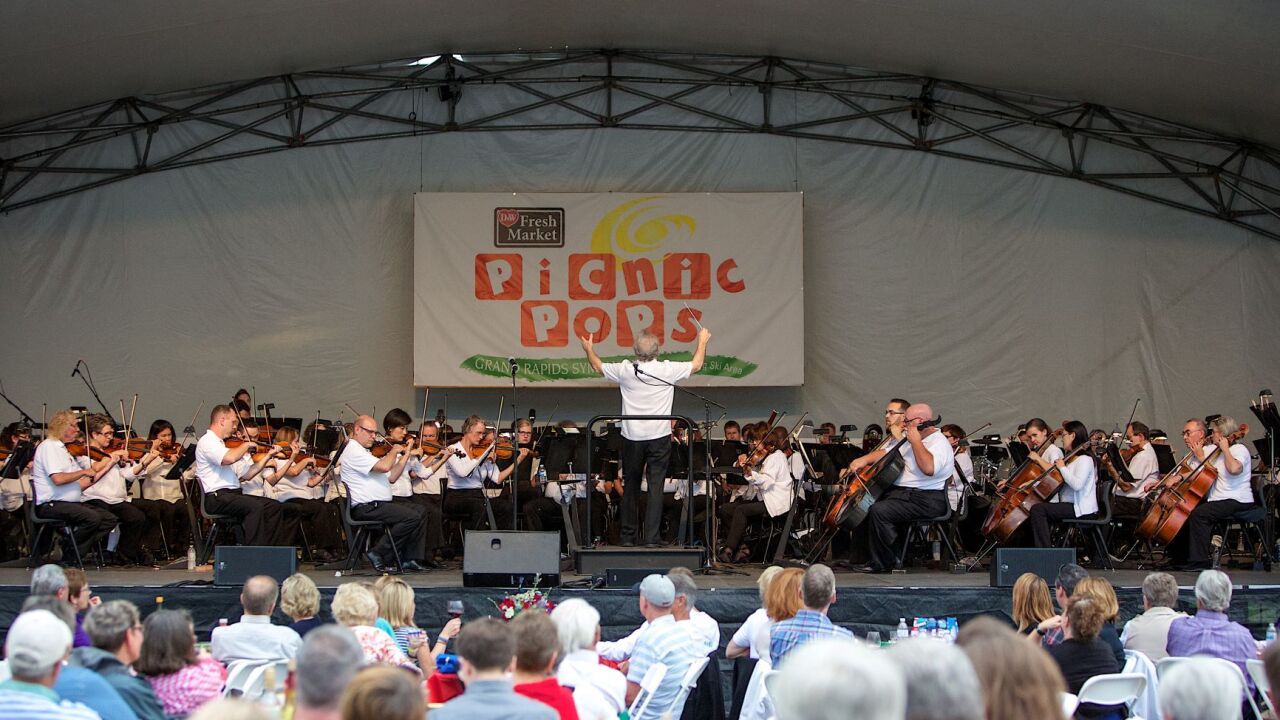 GRAND RAPIDS, Mich. — All performances by the Grand Rapids Symphony have been canceled through July 31, including its popular D&W Fresh Market Picnic Pops and a special Patriotic Pops concert.

“While our currently planned July concerts are cancelled, we are thrilled to be able to give the gift of music back to the Western Michigan community in August in innovative ways,” said Grand Rapids Symphony president and CEO Mary Tuuk in a release.

The Picnic Pops series has been held each summer at Cannonsburg Ski Area. The Patriotic Pops concert was planned for July 14 at Ah-Nab-Awen Park next to Gerald R. Ford Presidential Museum.

Tickets that have already been purchased can be exchanged or refunded where they were bought.