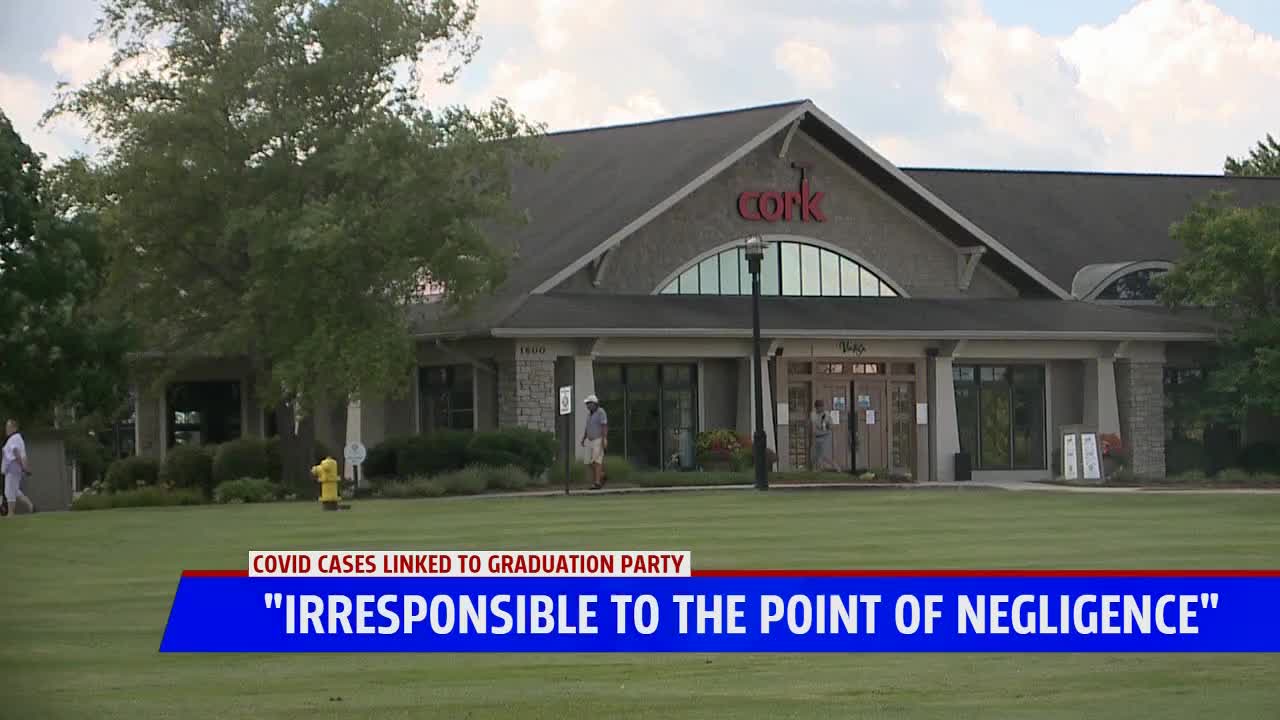 Now, FOX 17 has heard from an employee who says that the issues at the club go far beyond that one party and it has workers concerned for their safety.

This employee, who wishes to remain anonymous is going so far as calling the clubs practices “irresponsible to the point of negligence.”

“Basically, we are making the choice of money over safety,”they said.

That worker asked for their face and voice to be disguised, for fear of losing their job.

They said, “It feels unsafe.”

The Kent County Health Department has confirmed 21 positive cases of COVID-19; mostly teenagers, some adults, associated with a cluster linked to a graduation party held at Watermark on July 19th.

The employee said, “The party was very large that it was primarily indoors, there was some traffic in and outdoors, but mask wearing, social distancing, those rules were not being followed.”

According to banquet paperwork provided by that employee, that grad party was expecting a head count of 200 guests in the Shore Room.

That number is well above Governor Whitmers restrictions, which at the time, limited indoor gatherings to just 50 people.

The employee said, “It feels to me that we are putting people at risk.”

Even more concerning, this employee said just one week prior, on July 12th , another grad party at Watermark was slotted for 300 guests.

“Frankly it’s unsafe, and I don’t know any way that you could walk that back and make it seem safe in today’s climate with the Executive Orders being what they are, that’s a lot of people,” the employee said.

Post-event staff notes from the July 12th party show that they didn’t get a final head count, but stated “We went through all 300 polished plates and the place was packed.” The notes go on to say that guests were not compliant with masks.

The employee said, “Social distancing with 300 people is not a possibility in my eyes, yet we allowed this to take place.”

They also told FOX 17 that deep-cleaning and sanitizing was not routine after these large events.

“The cleaning procedures in regards to the banquet facilities have not been done and a week later they finally cleaned the pool area due to the positive tests that came out of that area.”

Watermark has not returned several email, phone calls, and voice mails for comment on this story.

When FOX 17 spoke with them on Tuesday, management said that while they have had 4 employees test positive, none worked at the graduation event on July 19th. They also told us that event was held largely outdoors, with masks, and social distancing in place.

The employee we talked to said multiple staff members have already quit over these safety concerns and they just want management held accountable.