A disappointing 'Opening Day' without baseball 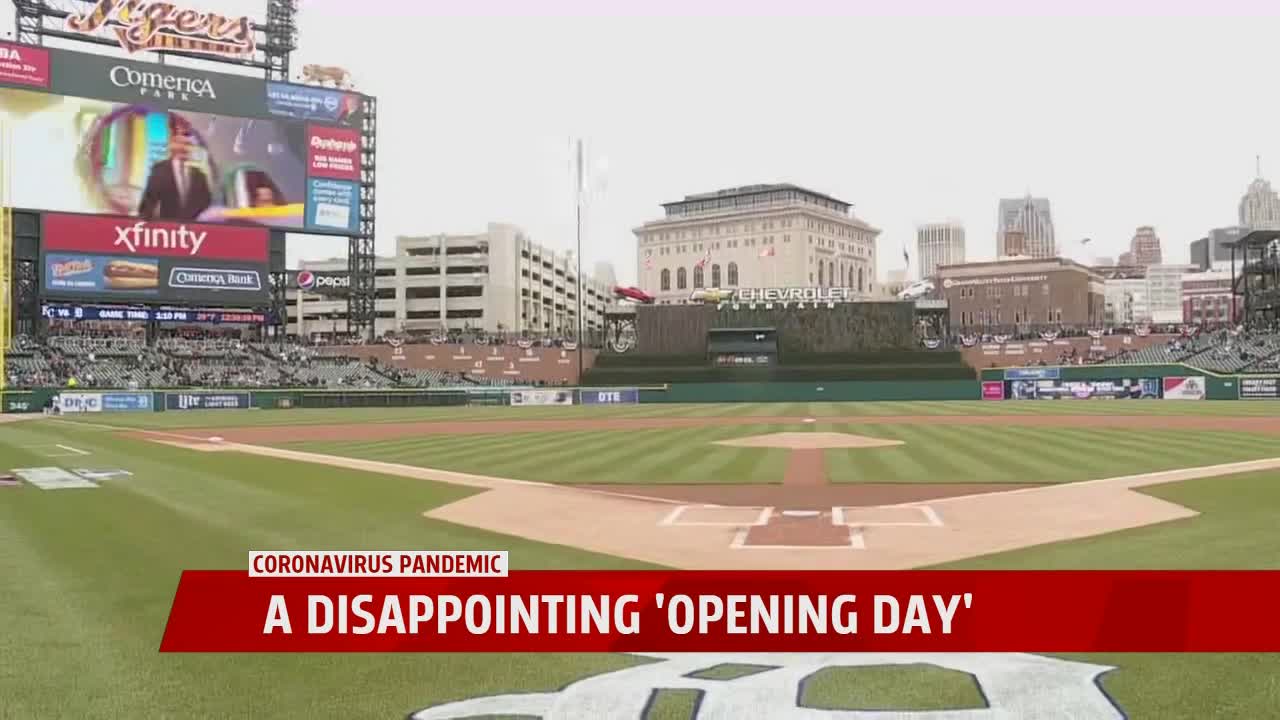 (FOX 17) — Thursday was supposed to be the Detroit Tigers' season opener in Cleveland, but COVID-19 has changed that.

"It doesn't matter where you start, the start of a new season, there's nothing like it," said Tigers radio voice, Dan Dickerson.

"In Detroit, it's a holiday," Whitecaps radio voice Dan Hasty added. "It's a city and statewide holiday."

The start of a new baseball season usually means a lot of social interaction with fellow fans and a party at the ballpark.

"It's the one day where you go back and relive your college years," Hasty said. "You show up early in the morning, go tailgate, bring the truck, bring your friends and make a day out of it. That's the biggest thing I think we're all missing today."

Hasty says that even though we don't know when baseball will return, watching reruns of different games from the past can help satisfy that craving.

"It's just adjusting to a routine, whether it's going back and reliving some of those great baseball moments over this summer, that's one way to do it."

And that's what famous radio voice Dickerson is doing to pass the time.

"I recorded the Mark Fidrych game against the Yankees," he said. "And games six and seven of the 2016 World Series between Cleveland and the Cubs."

Thursday was supposed to be the first of several meetings between the Tigers and Indians this season. In fact, 10 of the Tigers first 18 games were scheduled to come against Cleveland.

"The Tigers were 1-18 against the Indians last year," Dickerson said. "I was looking forward to seeing how different things were going to be."

And while we don't know when, or if, baseball will return this summer, Dickerson is hopeful we will see it in some capacity.

"Hopefully the end tale is that baseball helps bring a sense of normalcy by coming back and providing a sense of diversion during the summer months," Dickerson added.