Cards for Connor: Ionia community rallies after near death accident 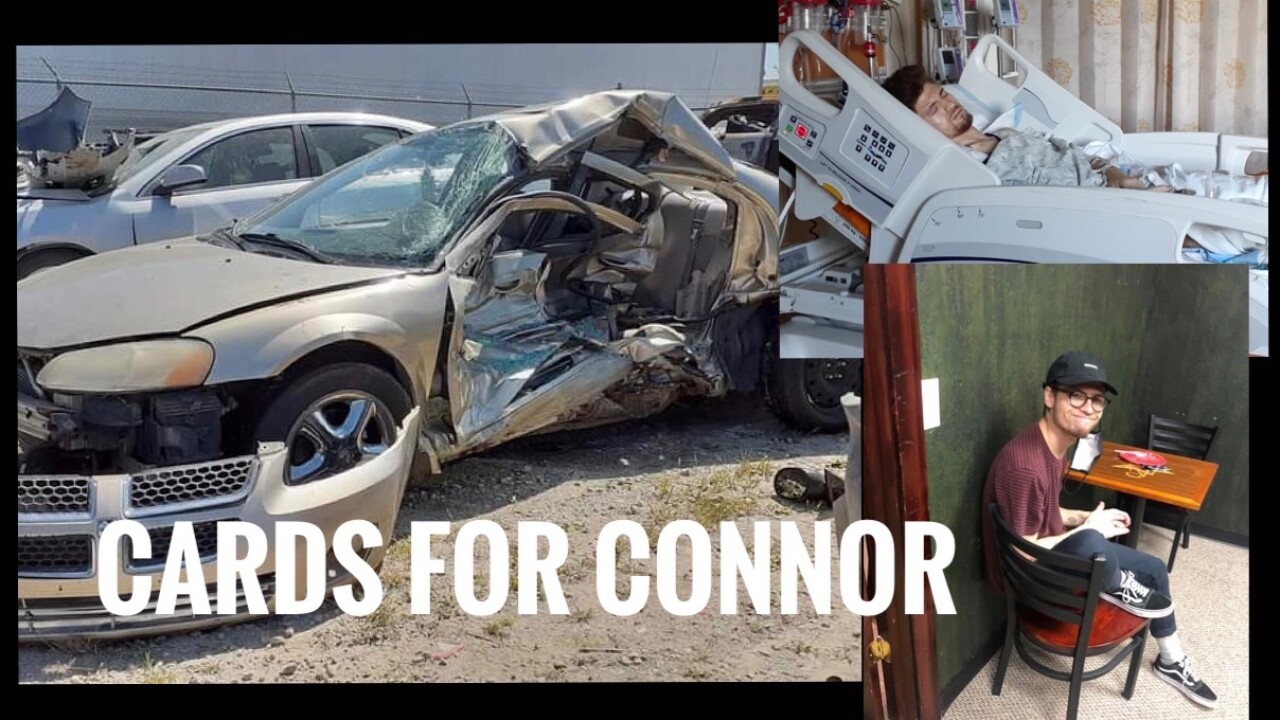 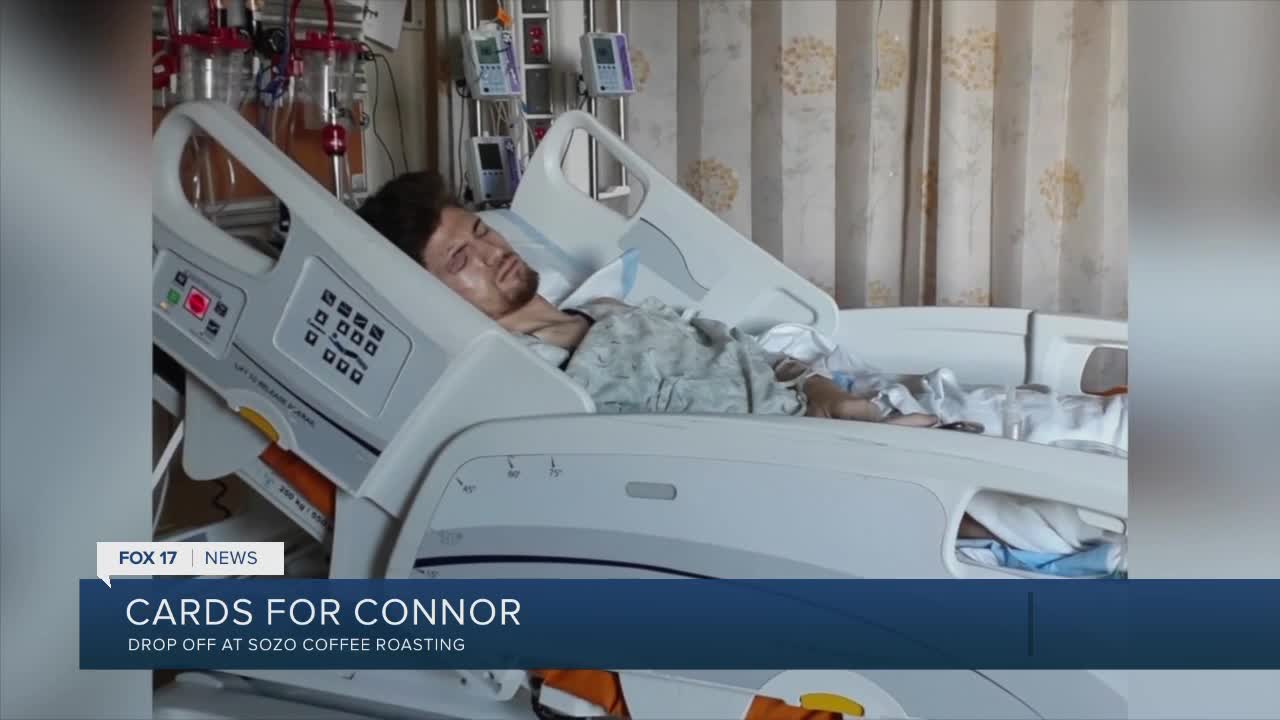 IONIA, Mich. — Every once in a great while you meet someone in your day to day life, someone who Sozo Coffee Roasting customer Polly Misner says really pays attention to others.

“Almost for four years, every day that I see him, he’s always asked me, 'How's your day going?'” says Rodney.

Customers and staff at Sozo’s in Ionia say that their local barista Connor Hearld is that person.

Rodney says when they interviewed Connor four years ago, “We both walked away from that interview going, ‘Okay. We got to hire him.’ I mean, there was no question.”

“He went to pay his auto insurance," explains Connor’s mom, Jodi Hearld. "And he went to turn it in and never made it out of the car.”

Jodi tells us that Connor was in the car leaning over to his passenger seat from the driver’s seat, to grab that paperwork when a car crashed into the drivers side of his car, demolishing it.

Rodney recounts, “One of my customers texts me and says, ‘Hey, how’s Connor? I read on Facebook that is he was in an accident.;”

If Connor hadn’t moved over to the passenger seat at that exact second, he likely would be dead today.

Thankfully, Connor is alive, but in the hospital in extreme pain, internal bleeding, and 11 broken bones.

“It's by far the worst feeling a parent could ever feel,” says Jodi.

Word of Connor’s accident spread through Ionia and the Sozo’s coffee community like wildfire.

Remember Polly? She heard about it that day

Those “things” Polly is referring to are cards. Cards for Connor.

You see Polly is asking Sozo customers to bring a card of encouragement for Connor when they come by the cafe.

“If people would just send him cards that have kind words, he would, he would heal,” explains Polly.

Manager at Sozo’s Coffee, Paige Kuhns tells us; “I am actually shocked just by the response from people, and it's just really beautiful!”

“People all over, they're asking ‘How he is?’ and giving us cards. You know, giving him money, and it's just blown me away,” continues Kuhns.

Connor has that effect.

“He likes to see the good in everything. Even with this, he's still seeing the good,” says Jodi.

So while the man who always pours into others work to rebuild himself, Polly asks that you drop off a card.

Connor is living proof that one person really caring and really paying attention can make all the difference.

“So I hope that it would lift his spirits," says Polly, "and show that there's a reason to fight."

“He's got a lot of people out here that love him, and he's affected my life! Just his kindness is like a ripple effect in our community.”

If you want to drop off a card for Connor, you can do so at Sozo Coffee Roasting on North State Street in Ionia.

There is also a Go-Fund-Me for Connor to help cover all medical expenses. His mom Jodi says he has a long road to recovery ahead of him.