MSP, other state troopers keeping an eye on semi trucks on I-94 this week 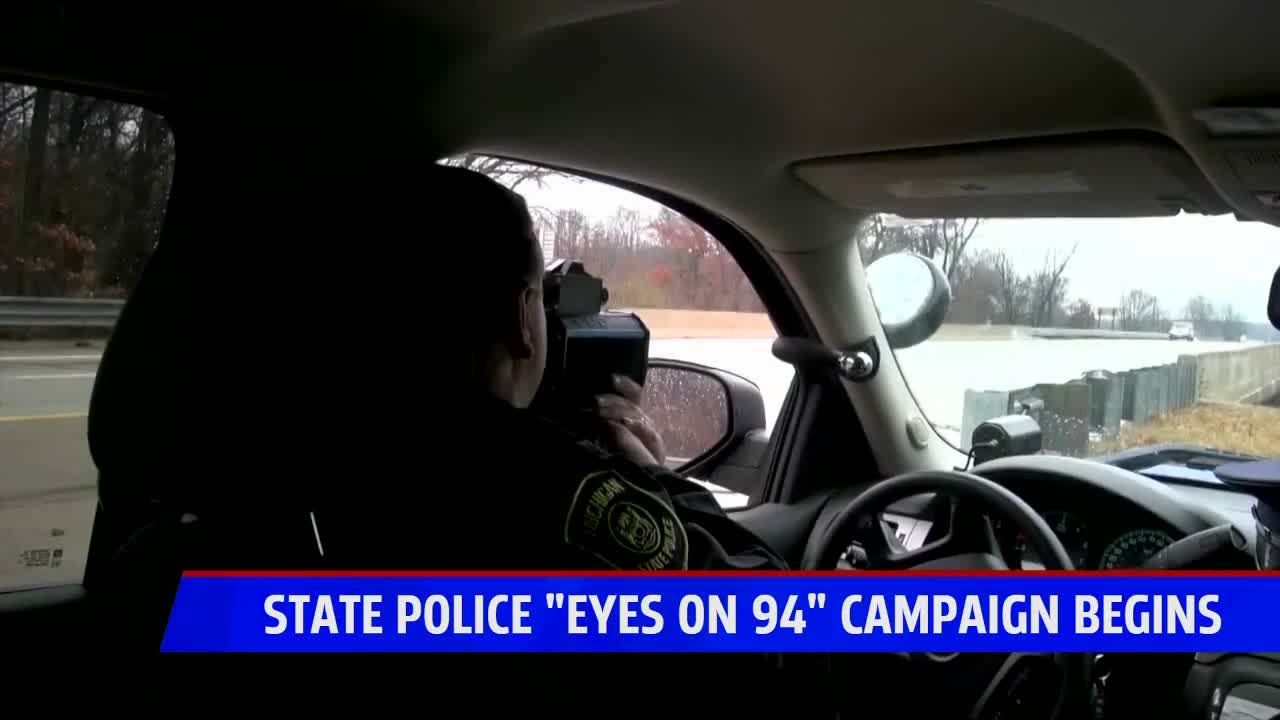 Whenever he was about to pass one, he slowed down and looked at the driver to see their head movements and what might have been in their hands.

“Somebody that’s on their cell phone is not paying attention to what’s going on around them,” said Leonard during a ride-a-long with FOX 17. “I find that I can sneak up on a driver, pull up right next to them and look at them while they’re on their cell phone texting.”

Other troopers were doing the same thing along I-94 on Monday. He said they were partaking in a week-long initiative called Eyes on 94.

“We teamed up with Indiana State Police and Ohio Highway Patrol in an attempt to reduce the number of crashes that commercial motor vehicles are involved in,” Leonard said.

MSP also teamed up with Illinois State police, patrolling I-94 for bad driver behavior. Troopers looked for semis that were speeding, changing lanes improperly and tailing other vehicles.

“Do not follow too closely,” Leonard said. “A semi truck can have a following distance of not more than 500 feet, according to Michigan law.”

Leonard said throughout the week troopers from each of the other states will tally up stats. At the end of the week, MSP will compile them and send them to the troopers in those states.

Nevertheless, his message to truck drivers he said was ‘slow down.’

“It’s not that serious (to speed),” he said. “Get there in one piece and safely.”