People have been lining up since Tuesday night 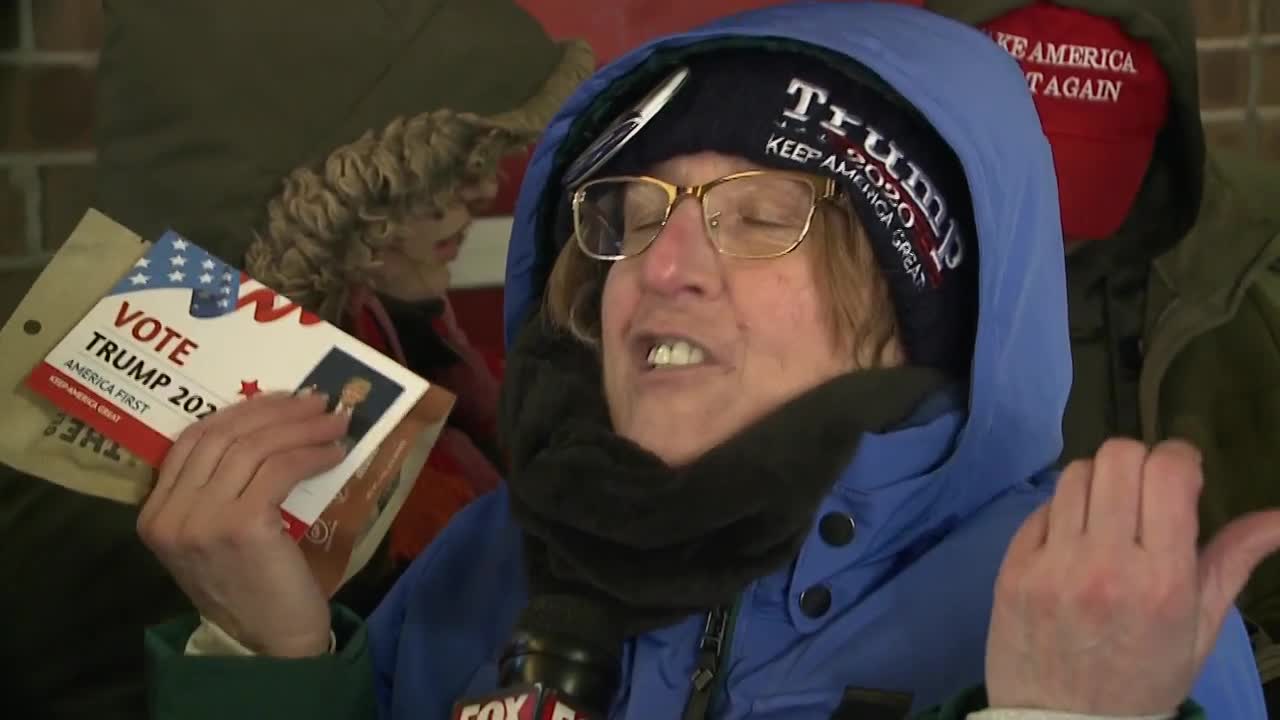 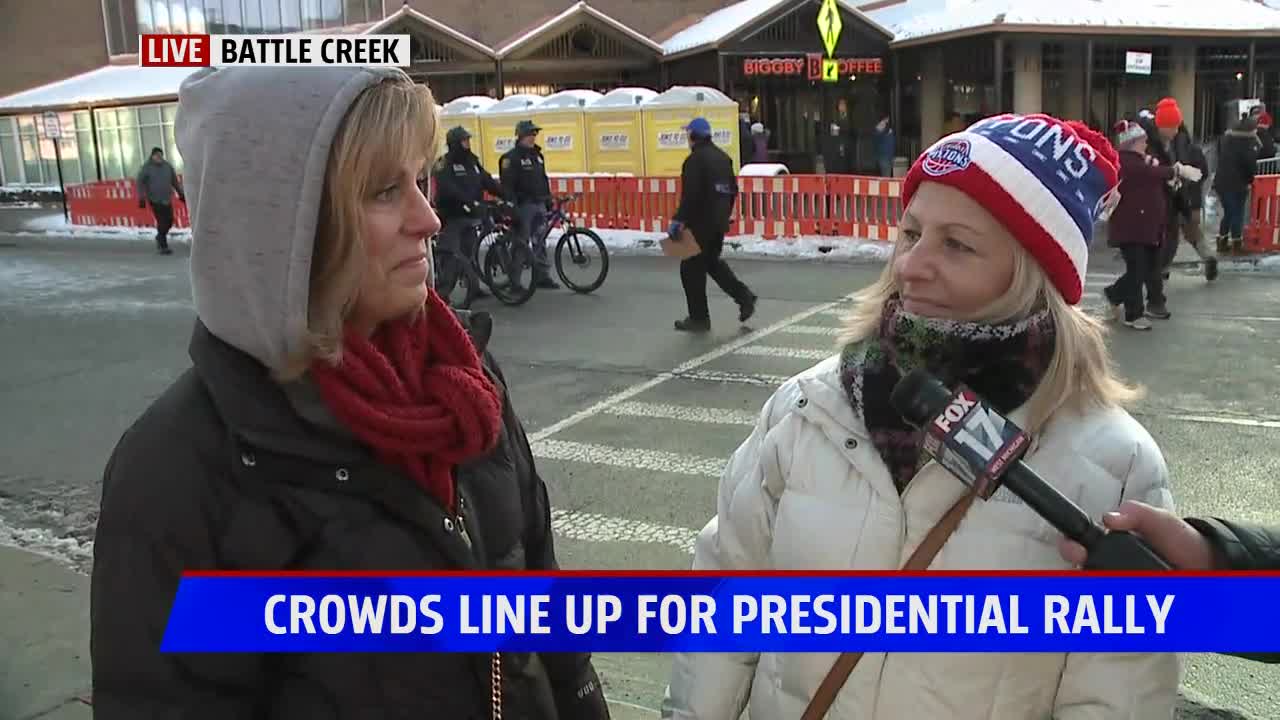 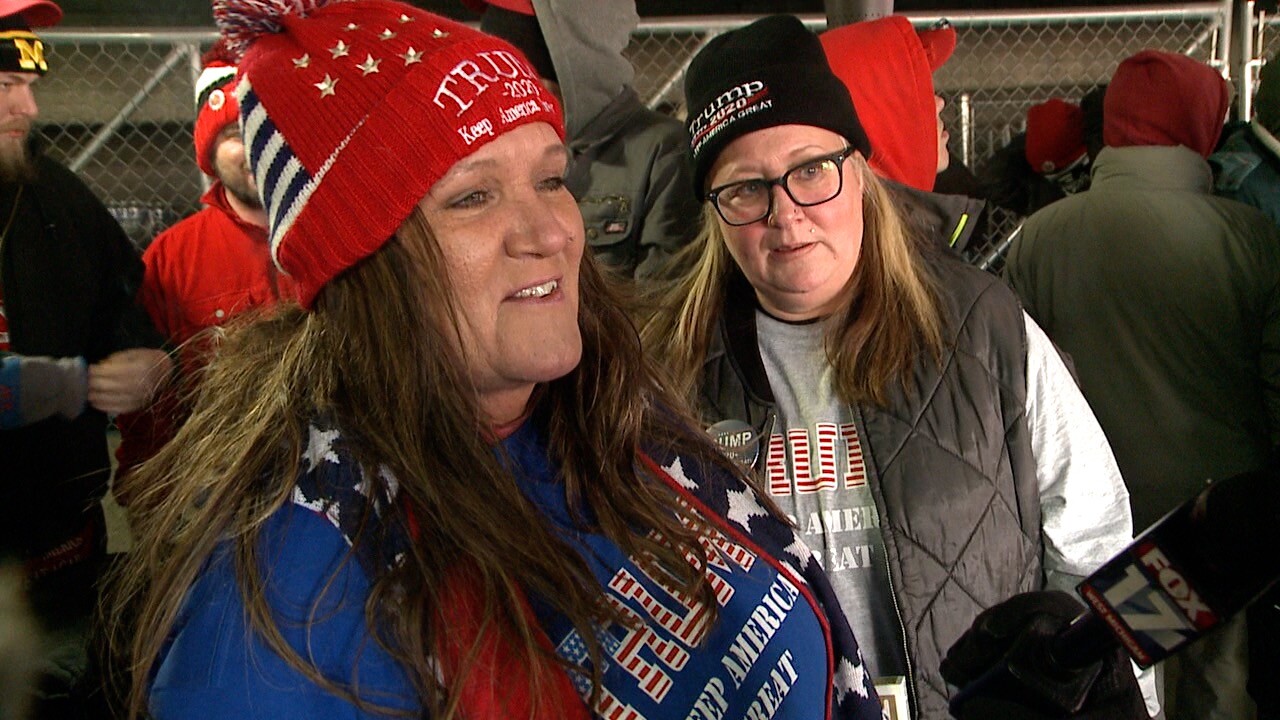 BATTLE CREEK, Mich. — The crowds continue to grow outside the Kellogg Arena ahead of President Donald Trump's rally Wednesday night.

As the House of Representatives prepares for its impeachment vote, hundreds of the president's supporters gathered to hear him speak in the Mitten State. Vice President Mike Pence is also set to be in attendance along with the President.

“It’s been a real bonding experience, you know. We share our thoughts and feelings about the democrats, the impeachment, Trump,” said Debe Rymut, one of the first few people in line to get inside. Rymut staked out her spot in line Tuesday night.

“I just want to be in his presence. I just have the greatest respect for him and I wouldn’t do this for anyone else." she said.

The mood stayed enthusiastic throughout the day, with many in line decked out inTrump-themed gear.

“We’re big fans of DonaldTrump.com. We’ll buy the wine ... Trump coffee cups, anything that helps the guy pull it off again,” said Steve McGuire, who was also wearing a suit coat adourned with the president's face.

While the mood in the air stayed high, temperatures sunk to below 20 degrees Wednesday afternoon.

“He’s being impeached. It's like historical yet look at all the people showing up in freezing cold weather to support him,” said Bethann Martin-Guthrie.

Many of the people speaking to FOX 17 Wednesday said they wanted to attend the rally to show their support for the president in the midst of the impeachment vote.

Mike Stevens, who had been in line for over 12 hours, said, “I love to listen to him speak. He talks to me, he talks to all of us. Its like he’s talking directly to us.”

While everyone was eager to get inside the arena, everyone was making the most of a long wait. Charlie Anderson, a Battle Creek native, said he enjoyed the chance to make new friends in line.

“We brought pizza last night, coffee and donuts this morning," he said Wednesday.

Further back in the line, Dave Hamilton brought what he called a "bucket of joy."

“It’s hand warmers, candy, coke, whatever people need today I’ve got here," he said. Hamilton offered the items to anyone in line who was in need.

For many in line, Wednesday's event was the first time they would get to see Trump in person. Joseph Guajardo said, "What better present for Battle Creek than a merry Christmas rally, you know?"