Crash victim reunited with first responders who saved her life 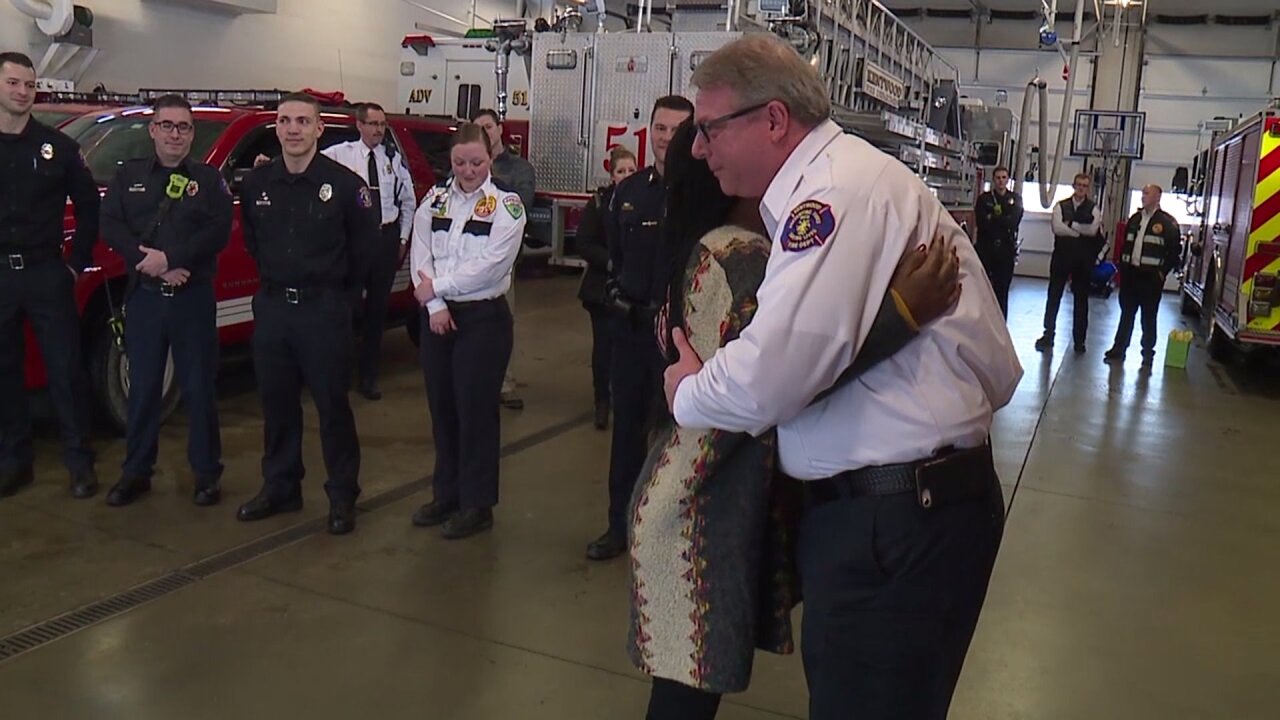 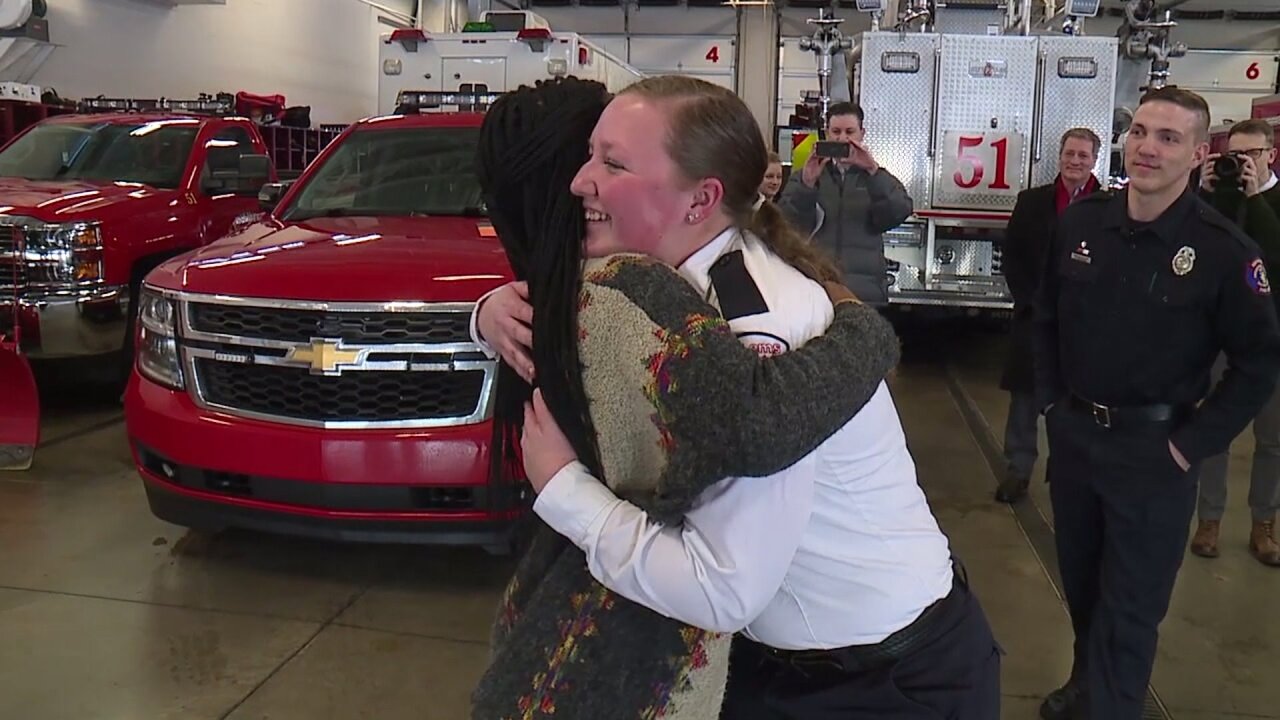 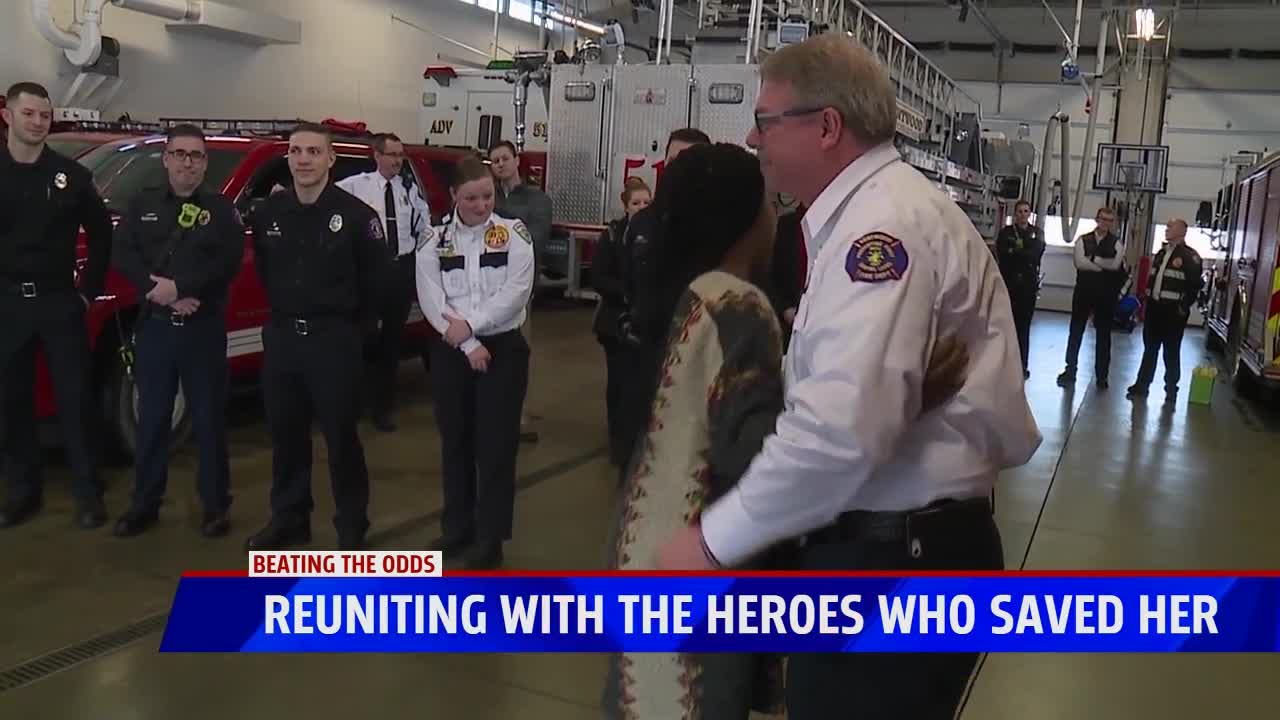 KENTWOOD, Mich. — A few weeks ago we introduced you to Clementine Sikiri in our 'Beating the Odds' series.

In February of 2019 she was hit by a cement truck. The impact was so intense it left her internally decapitated: her skull was was separated from her spine. Doctors at Mary Free Bed Rehabilitation Hospital say it's a miracle Clementine is alive.

When her story ran during FOX 17 Morning News, a Kentwood firefighter who responded to her accident happened to be watching. He was shocked when he saw how well Clementine had recovered. So, we set up a reunion for him and other first responders who helped on the night of her accident.

When Clementine walked into the fire station, she was greeted with a round of applause and a hug from each first responder.

"Thank you all for saving my life," she said as she began to cry. "Obviously, this is a miracle in and of itself. But when I talk to people, and they always remind me that the first responders -- the people that got you out of there -- saved your life, because how they handled you is what actually mattered, because you could have died."

"I was supposed to die right there. And the fact that I made it to the hospital is a miracle in itself. So, I thank you guys from the bottom of my heart. Thank you so so much, all of you guys, for being involved in my story and for being a part of me for the rest of my life. Thank you! I appreciate it so much, thank you! I feel special!"

Olivia Illbrink with Life EMS said she initially didn't think Clementine would make it. "A lot of her vital signs were saying that she wasn’t going to make it. Like, her breathing wasn’t very good. Initially she wasn’t responsive."

Kentwood Deputy Fire Chief Mike Hipp said it means a lot to meet Clementine and see her doing so well, because so often they're left wondering how things turned out. "Especially a young lady like her, who’s got a full life ahead of her. Everything’s positive for her, and she’s got such a sparkle in her eye. She’s so happy, and it just makes us all feel very good. This is a healing peace for my guys to see this, and I know they’ve all mentioned that to you. There’s a big part of the healing that goes along with this."

It's a humbling reminder of just how precious life is and how a group of strangers can be forever changed and forever connected.

"I’ve met people in the community who know someone or one of you guys or something," Clementine said. "And I’m just so honored to have, to see all you guys. You guys really saved my life, and I’m just so grateful. So grateful."

After months of recovery at Mary Free Bed, Clementine is now preparing to run a 10k in the Amway Riverbank Run in May.