How to keep 'mom guilt' from taking over your life 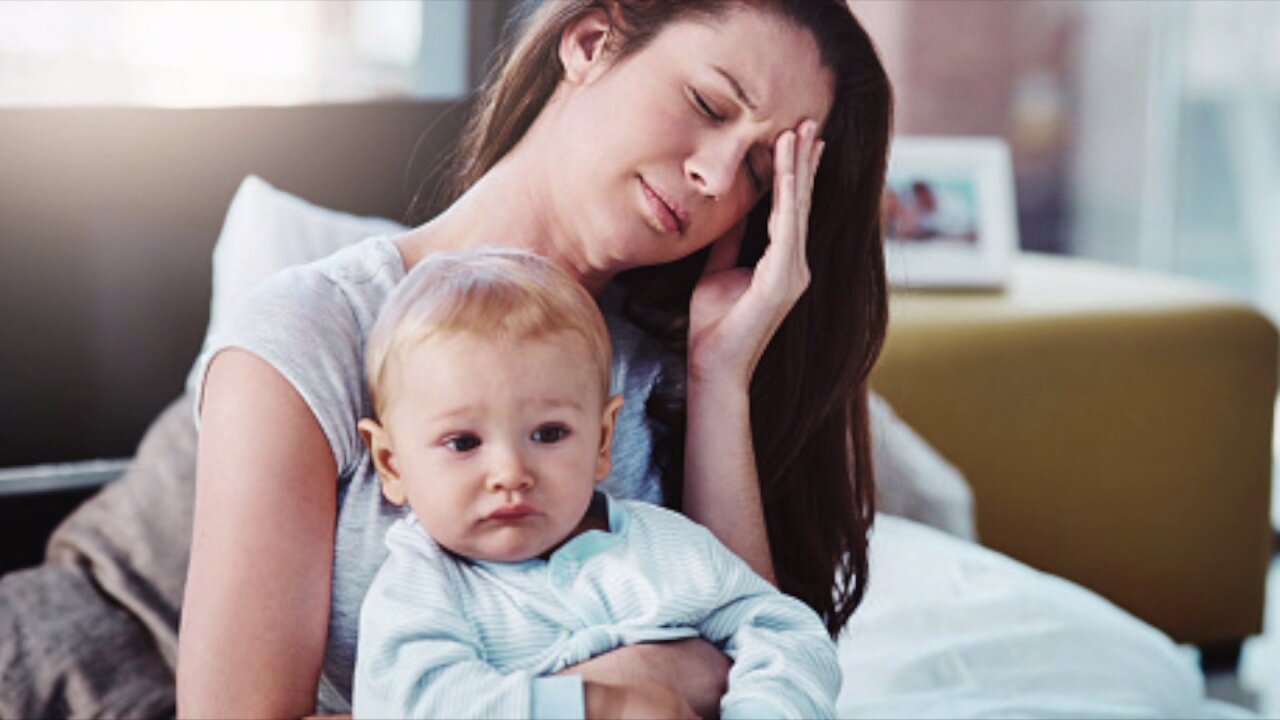 GRAND RAPIDS, Mich. — It’s a fairly new term, but many mothers claim they feel like they fall short of expectations when it comes to raising their kids. It’s called mom guilt, and it can affect mothers of all ages.

Veronica Garcia is a busy mom of two boys, ages 5 and 8.

“Both energetic. One is a gymnast and the other is a drummer,” she explained.

While Garcia prides herself on being a loving mother, she said her career as a real estate agent has always been a priority for her as well. In fact, she still finds time to show homes in between kids' practices and homework.

“I was always on the go, and I always want to be doing something,” Garcia said. "So when I became a mom, it was a different twist to life."

Garcia remembered the feelings of self-doubt and uncertainty started to creep in years ago when she was pregnant.

“Being Hispanic, seeing how my mom raised us — being home all the time, having warm cooked meals every day — then my expectations were already pretty high.”

“Mom guilt is a very real thing,” said Natasha DeHaan, a nurse practitioner with Spectrum Health Media Group. She believes social media is a huge contributor to the issue. Viewing someone else's picture of so-called perfection can leave others feeling like they don't measure up in their own lives.

“I think some of the ways that we know mom guilt is happening is that we may feel scatter-brained, tired, relationships can suffer, having a constant feeling of doubt or uncertainty, difficulty making decisions even small decisions. And, in some scenarios, it can lead to addiction stemming from the perfectionism that we feel like we need to uphold."

Garcia said she started doubting all kinds of decisions, from whether to feed her kids organic foods to school of choice. DeHaan said it’s that kind of self-doubt that holds moms back.

“Guilt is a wasted emotion,” she said. “Research found that it doesn't change our actions so we are not using that guilt toward anything."

That’s why DeHaan preaches self-care as a way to help combat mom guilt.

“Self-care can feel selfish at times,” DeHaan explained. “But, it can also boost your mood, it can boost your confidence, it can help you manage stress better so you’re actually doing a favor to yourself and your family."

The most basic self-care mothers can do is try to get enough sleep, water and vitamins, as well as exercise.

“We are entitled to have a hobby and a life outside of being a mom,” DeHaan asserted. “Even though being a mom is our role, it doesn't have to be our identity."

Equally as important is for moms to surround themselves with supportive friends and family who respect their decisions as a parent, and drop the ones who don’t.

Garcia credits her supportive husband and circle of friends for helping her overcome her negative feelings. She said in the end it’s all about prioritizing her time with what really matters in life.

DeHaan recommended counseling with her staff at Spectrum Health Medical Group Obstetrics & Gynecology, as well as the book "The Fifth Trimester."