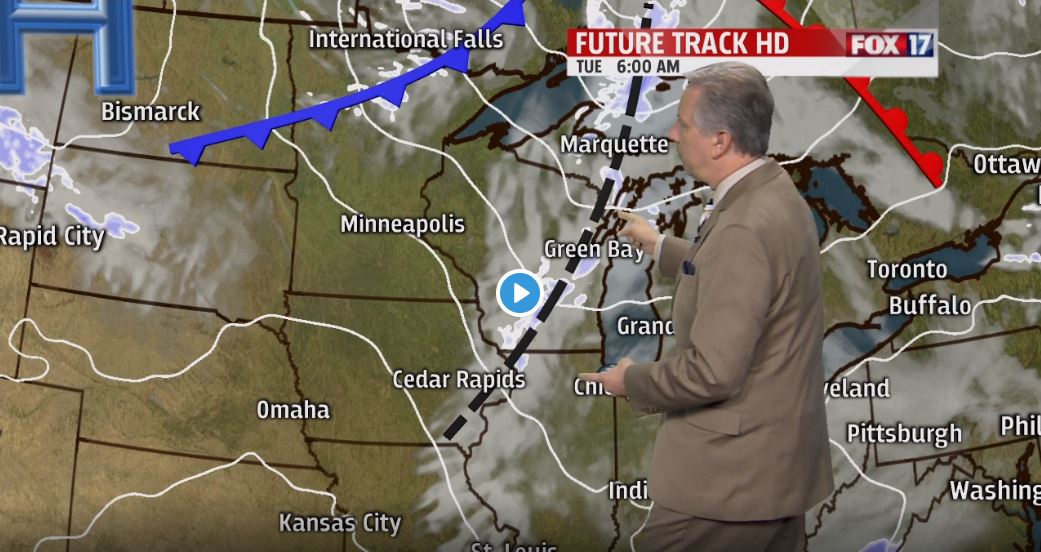 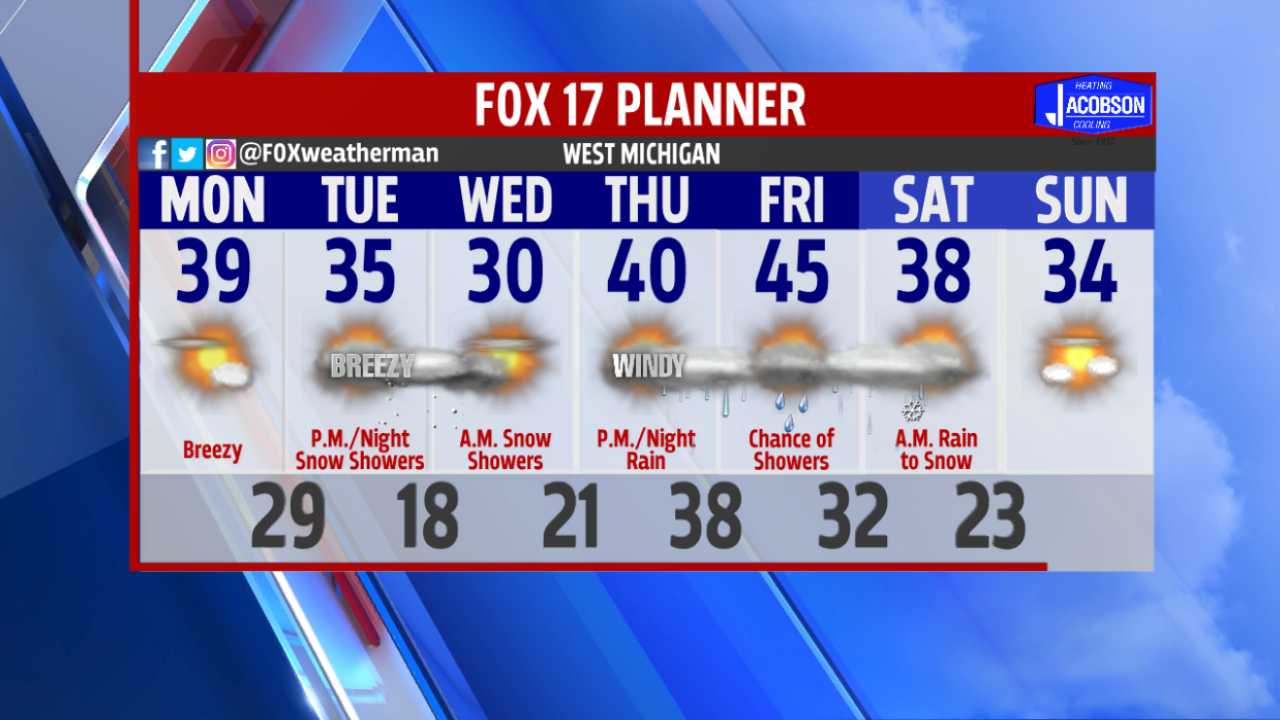 WEST MICHIGAN — The forecast from FOX 17 Chief Meteorologist Kevin Craig: High pressure builds in and sunshine returns briefly on Monday. Light snow showers are possible Tuesday P.M. into Wednesday morning with some minor lake effect and/or lake enhancement. A couple of inches may fall from Grand Rapids off to the north/west. Colder air briefly punches in Wednesday with highs only in the upper 20s to near 30, before a stronger, more powerful moisture-laden system arrives with wind and rain on Thursday. A second low pressure system riding along a front may clip Michigan with more rain Friday night into Saturday. If this happens, we can see one to two inches of rain through the period creating higher streams/creeks/rivers and more flooding issues.

TOMORROW/MONDAY: Mostly sunny to partly cloudy and pleasant. A little breezy. Highs in the upper 30s to near 40. Winds west at 10 to 15 mph.

TUESDAY: Becoming mostly cloudy with a chance of light P.M./night snow showers. A little breezy. Highs in the mid 30s. Winds southwest/west at 10 to 20 mph.