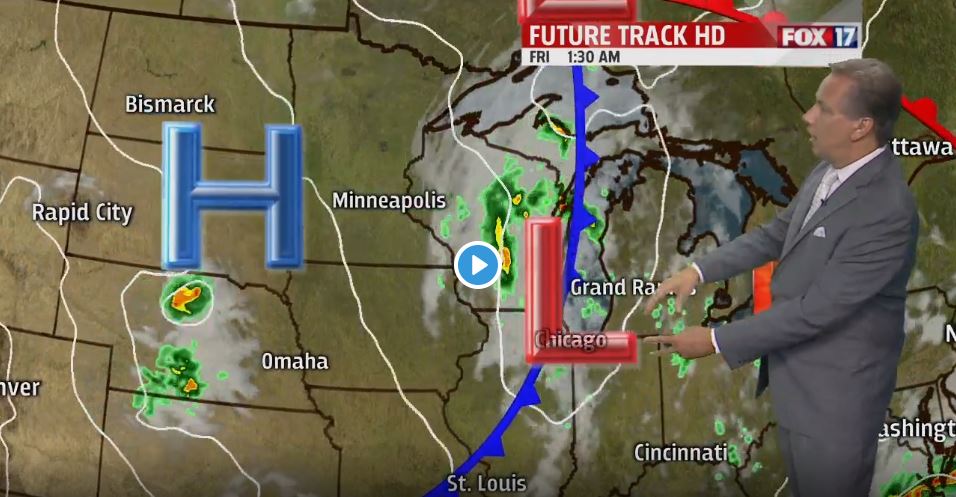 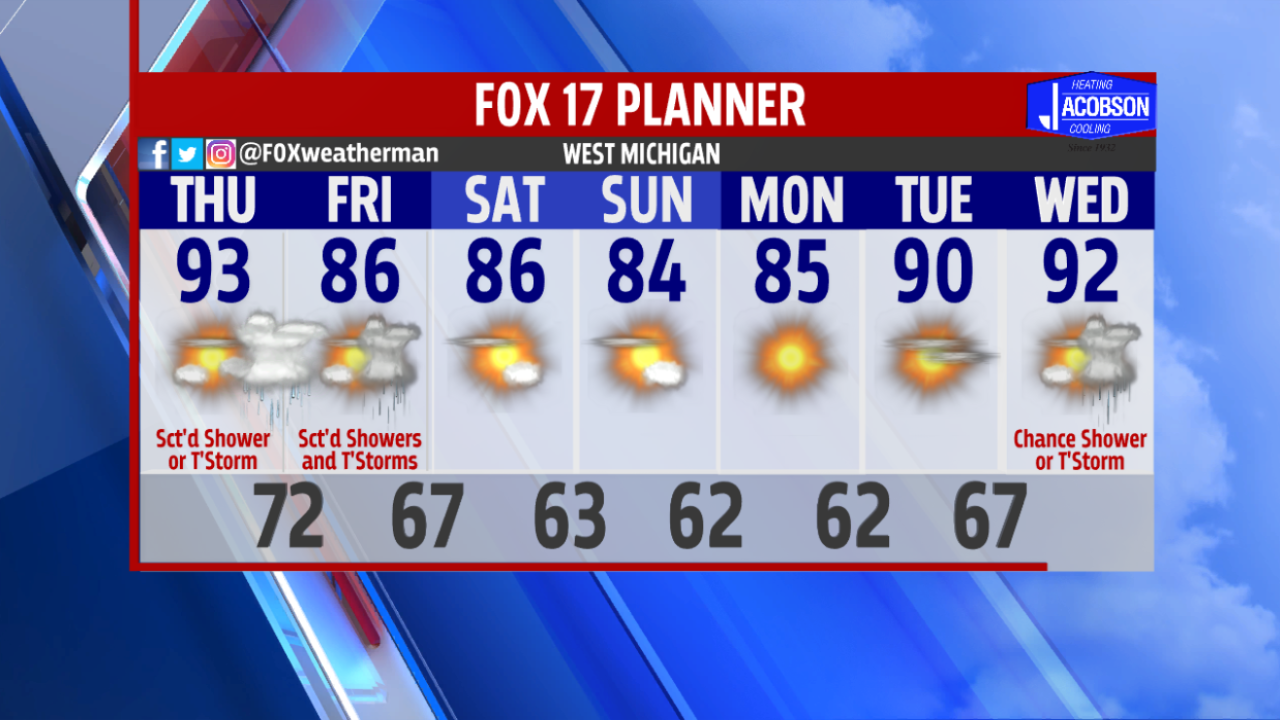 GRAND RAPIDS — The forecast from FOX 17 Chief Meteorologist Kevin Craig: Look for mostly sunny to partly cloudy skies along with hot and humid conditions as our heat wave of 90 degrees or better continues. It will feel close to 100° at times again on Thursday with the high humidity. We have chances of showers and storms arriving Thursday and a better chance Friday as a stronger frontal system moves into the region. Behind this system, temperatures will cool slightly into the mid 80s, but more heat and humidity are expected to build by the early to middle part of next week as temperatures may be returning to 90 or better. Stay cool!

THURSDAY: Partly cloudy to partly sunny, hot, and humid. Scattered chances for a shower/storm. Highs in the low/middle 90s with a heat index between 95 and 100. Winds south/southwest at 5 to 10 mph.

TOMORROW NIGHT: Partly to mostly cloudy with a chance of showers and thunderstorms. Lows in the low 70s. Winds south at 5 to 10 mph.

FRIDAY: Partly sunny with our best chance for more widespread showers and storms. Highs in the mid/upper 80s. Winds southwest/northwest at 10 to 15 mph.