Another Heat Wave Builds Late in the Week 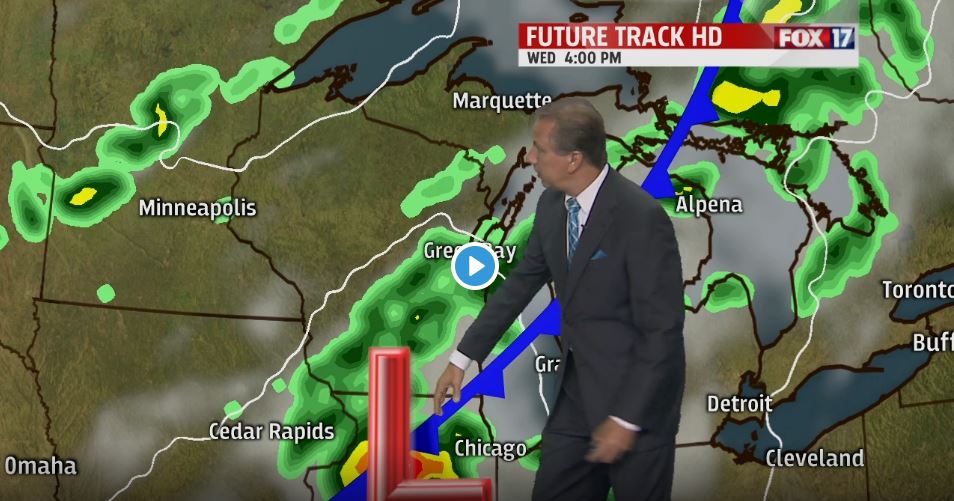 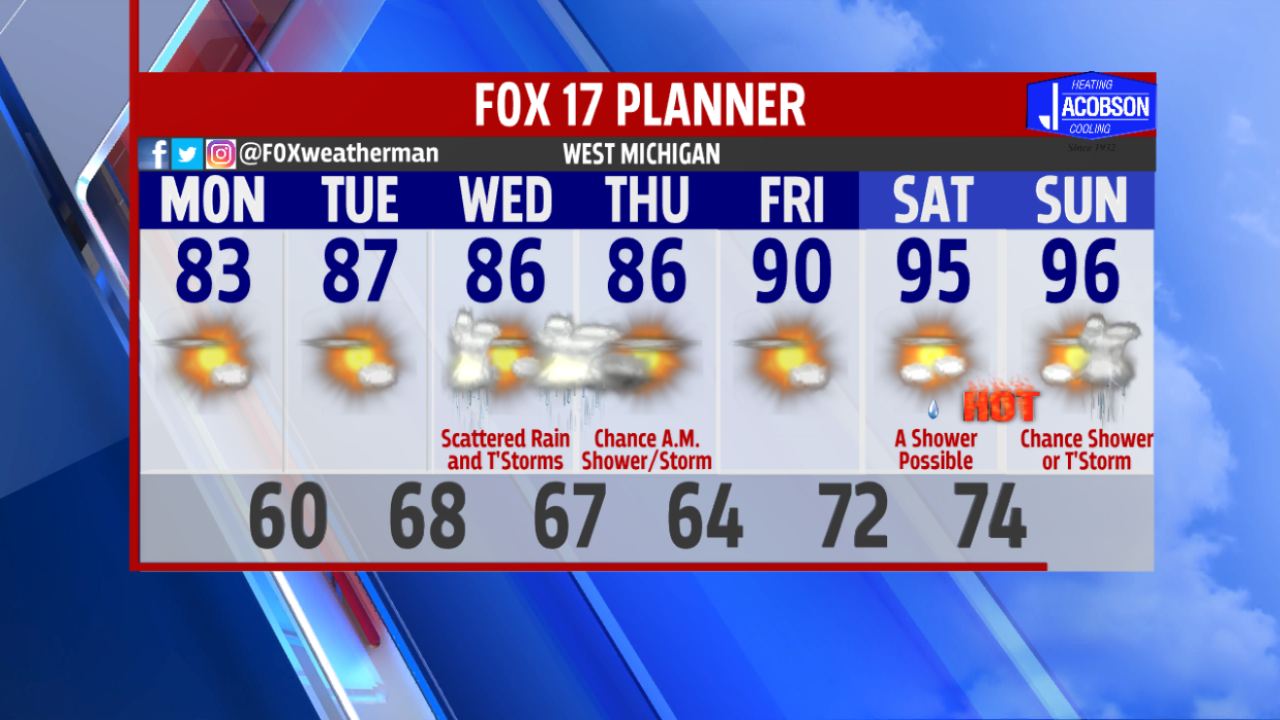 GRAND RAPIDS — The forecast from FOX 17 Chief Meteorologist Kevin Craig: Comfortable temperatures and conditions will continue into Monday with highs in the lower 80s and dew point temperatures in the upper 50s to near 60...a reasonably dry air mass. Our next chance of a shower/storm arrives on Wednesday, with a better chance Wednesday night into early Thursday morning along a cold front. Behind this front, another heat wave will commence with temperatures to eventually reach the mid 90s next weekend. Humidity will increase as well! The good news? The high beach hazard risk and small craft advisory on Lake Michigan Sunday will not be in effect on Monday. Expect a much safer, calmer day on our West Michigan beaches Monday with waves only in the 1 to 2 foot range.

TONIGHT: Mostly clear and comfortable. Good star gazing night! Check out the comet Neowise in the northeast sky just before dawn! Lows in the upper 50s to near 60. Northwest/north winds that will remain light.

MONDAY: Mostly sunny to partly cloudy, warm, and pleasant. Highs in the lower 80s. Cooler at the immediate lakeshore. North/northwest winds at 5 to 10 mph.

TUESDAY: Mostly sunny and warmer. Highs in the upper 80s.

WEDNESDAY: Partly cloudy to partly sunny. A chance of showers and thunderstorms. Highs in the mid 80s.