Not as cold Wednesday, but breezy 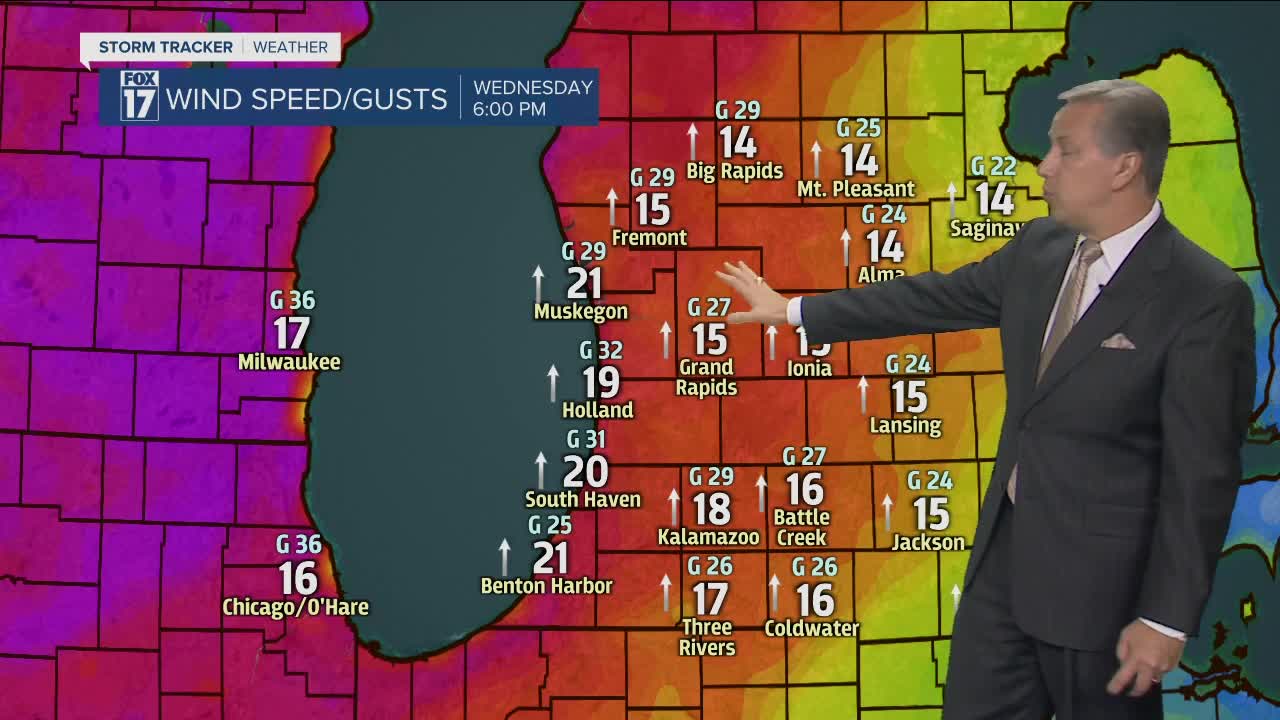 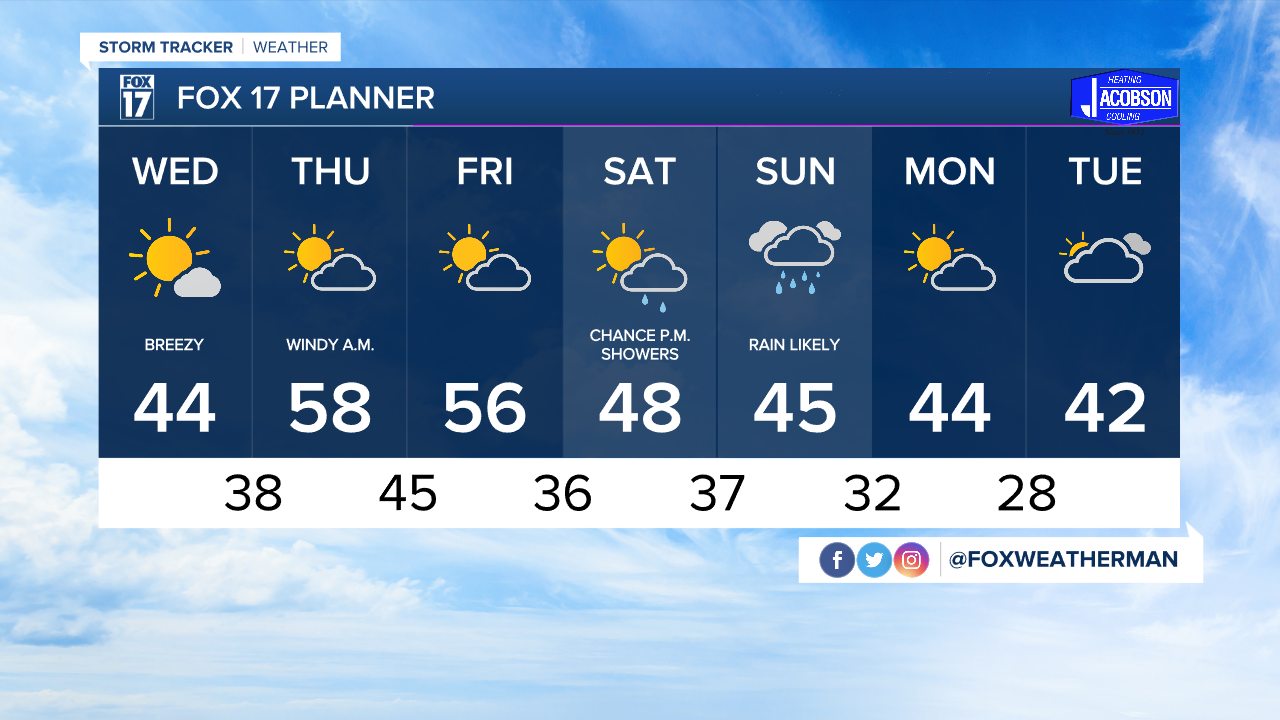 WEST MICHIGAN — The forecast from FOX 17 Chief Meteorologist Kevin Craig: Skies will clear, winds will lighten up, and temperatures will drop under an area of high pressure tonight. This high, moving east on Wednesday, will signal the start of a warming trend as our winds increase out of the south and southwest. After highs in the 50s on Thursday and Friday, high temperatures will scale back somewhat over the weekend as our rain chances increase.

TOMORROW: Mostly sunny, breezy, and a bit milder, but still breezy and cool. Highs in the mid 40s. South winds at 10 to 20 mph becoming southwest and increasing to 15 to 25 mph late.

TOMORROW NIGHT: Mostly clear and windy. Lows in the upper 30s. Southwest winds at 15 to 25 mph.

THURSDAY: Partly cloudy and warmer. Highs in the upper 50s. Windy during the morning with southwest winds at 15 to 25 mph. Gusts to 35 to 40 mph.