Warming up by midweek 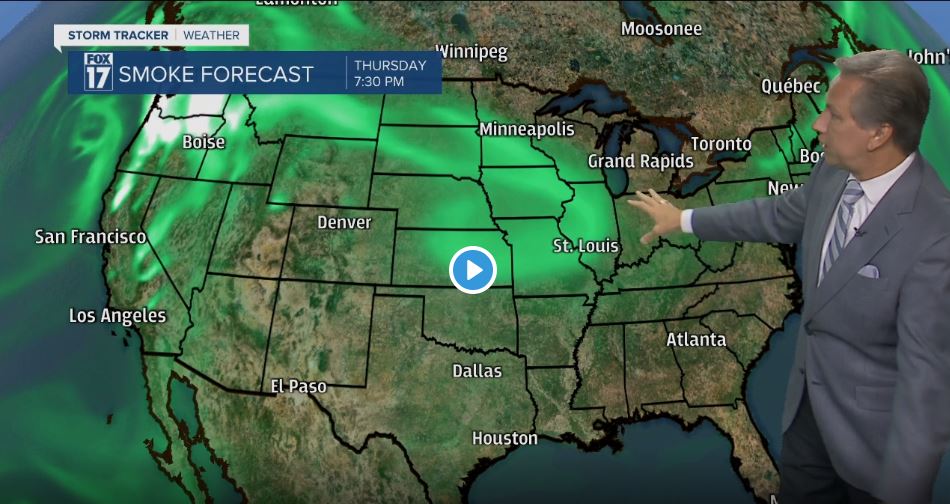 More Quiet and Dry Weather on the Way 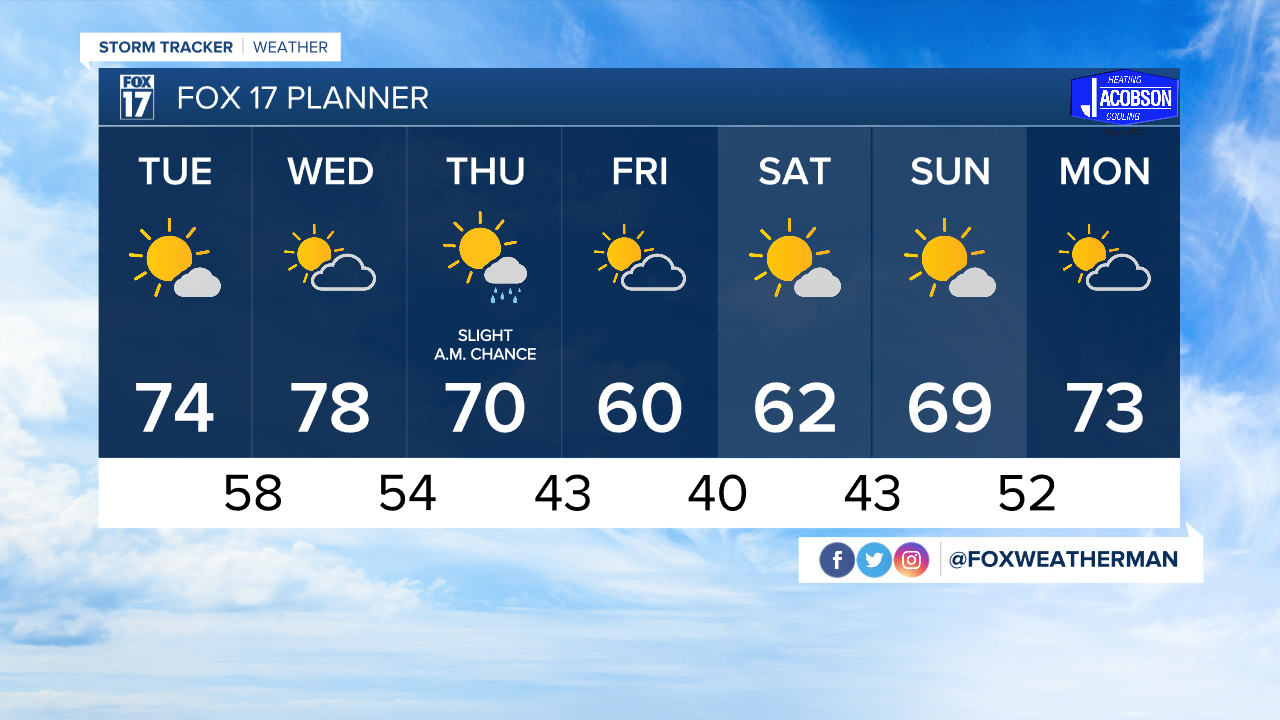 WEST MICHIGAN — The forecast from FOX 17 Chief Meteorologist Kevin Craig: With high pressure moving to the east, our winds will shift to a more southerly direction over the next couple of days, signaling a brief period of warmer weather. A cold front coming through Wednesday afternoon will set the stage for cooler temperatures by Friday. A brief shower or sprinkle may accompany this front, but most of us will stay dry. While we may see some sunshine the next several days, a veil of smoke and haze is likely across Michigan from the West Coast wildfires.

TONIGHT: Mostly clear and seasonably cool. A veil of smoke/haze is likely. Lows in the upper 40s to around 50°. Light southeast wind.

TOMORROW: Mostly to partly sunny and warmer. Again, a smoky haze is expected. Highs in the low/mid 70s. Winds south/southwest at 10 to 20 mph. SMALL CRAFT ADVISORIES and a HIGH BEACH HAZARD RISK from Holland northward.

TOMORROW NIGHT: Partly cloudy and milder. Lows in the mid/upper 50s. Southwest winds at 10 to 15 mph.

WEDNESDAY: Partly cloudy and warmer still. Highs in the upper 70s. Southwest winds at 10 to 15 mph becoming westerly in the afternoon.

THURSDAY: A shower possible in the morning, otherwise partly cloudy to partly sunny and cooler. Highs in the upper 60s to near 70°.