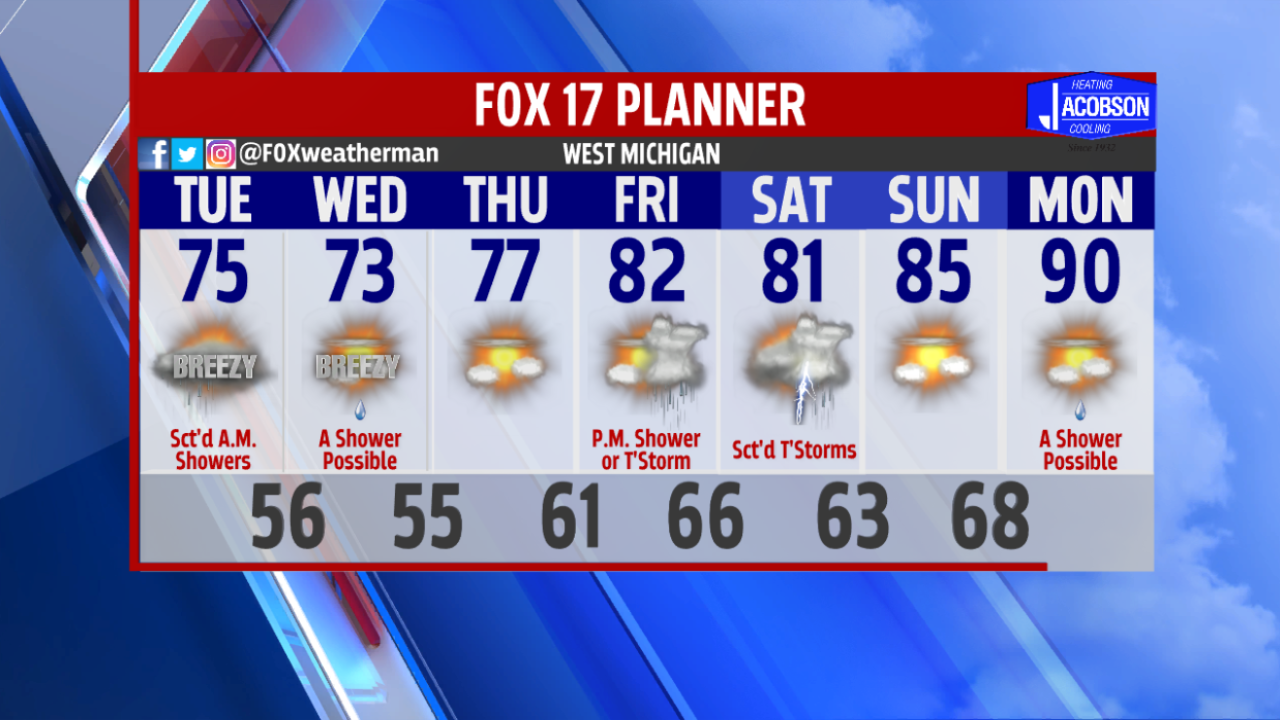 WEST MICHIGAN — The forecast from FOX 17 Chief Meteorologist Kevin Craig: A strong cold front will push through the area overnight into early Tuesday morning with scattered showers and thunderstorms expected. Although most or all storms will stay below severe criteria, this front will bring a significant cool-down for the middle of the week. More heat and humidity will begin to build this weekend. Temperatures could be back up around 90 or better by next week.

TONIGHT: Mostly cloudy with scattered showers and storms. Lows in the low/mid 60s. Southwest winds at 5 to 10 mph.

TOMORROW: Mostly cloudy in the morning with scattered showers through about midday. Becoming partly sunny in the mid/late afternoon. Breezy and cooler too with highs in the low/mid 70s. West winds at 10 to 20 mph becoming northwesterly in the afternoon. Winds could gust to 30 mph. Temperatures will be cooler at the immediate lakeshore.

TOMORROW NIGHT: Partly cloudy and cooler. Lows in the middle 50s. West/northwest winds at 5 to 10 mph.

WEDNESDAY: Partly sunny, breezy, and cool. A slight chance of a shower. Highs in the low/mid 70s. West/northwest winds at 10 to 15 mph.

THURSDAY: Partly cloudy and pleasant. Highs in the mid/upper 70s.