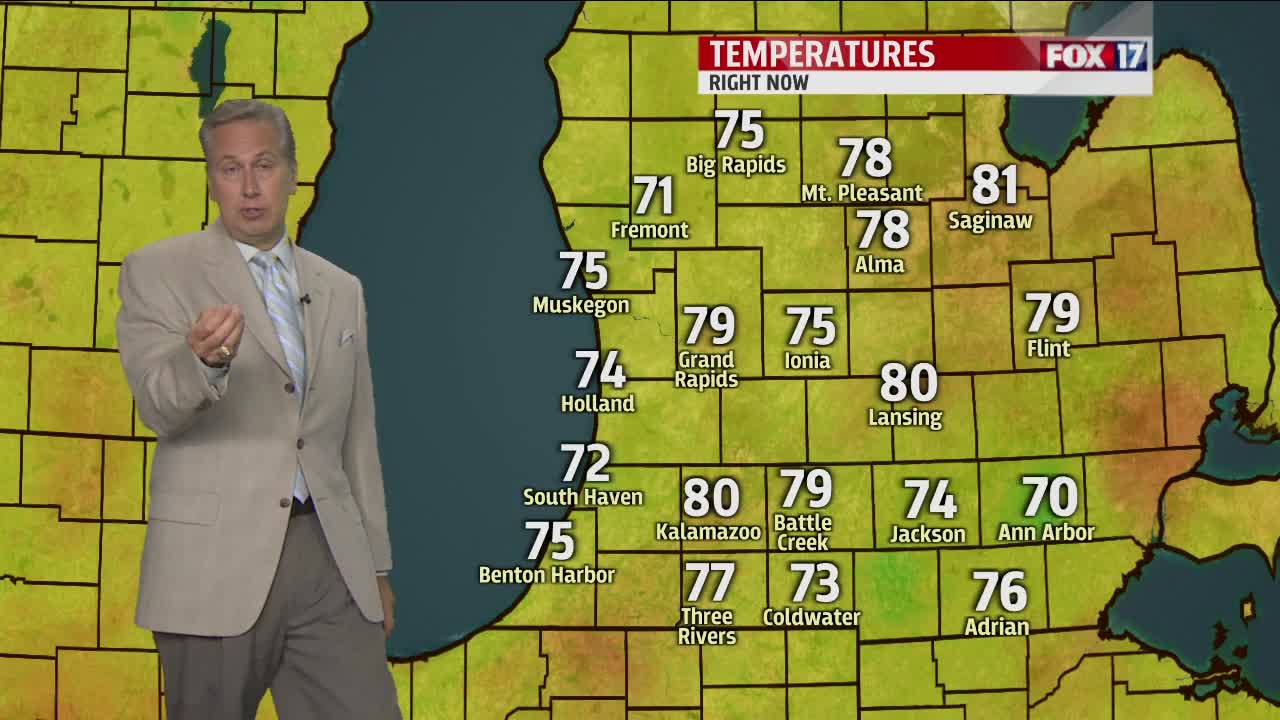 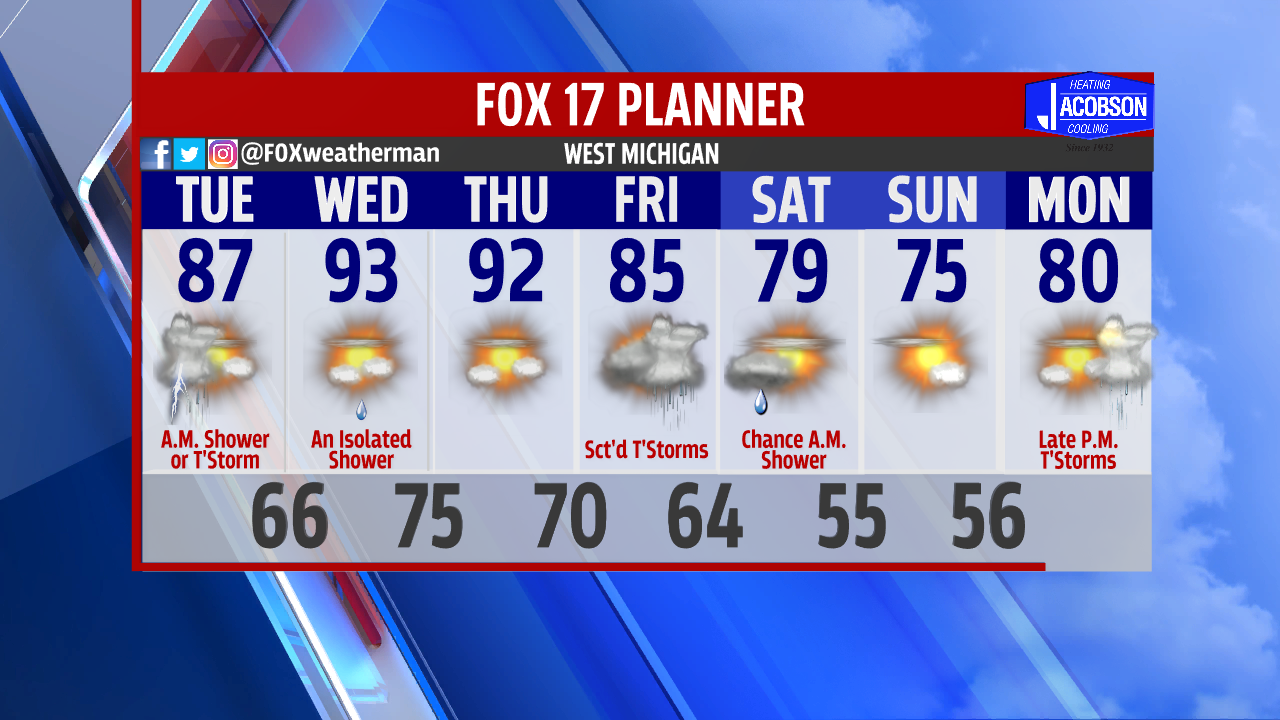 GRAND RAPIDS — The forecast from FOX 17 Chief Meteorologist Kevin Craig: Showers and thunderstorms will be possible tonight -- mainly after 3:00 A.M. -- as a disturbance from the northwest moves through the area. Locally heavy rain and a few isolated stronger wind gusts of 50 mph or higher are possible with these storms. These showers and storms could linger as late as 11:00 A.M. Tuesday before skies gradually clear out. Expect warmer-than-normal and humid conditions to continue through most of the week. A cooler, drier, and more comfortable air mass arrives this weekend.

TONIGHT: Partly to mostly cloudy. Chance of showers and storms, mainly after 3:00 A.M. Lows in the upper 60s to around 70°. West winds at 5 to 10 mph becoming northwesterly late.

WEDNESDAY: An isolated morning shower is possible, otherwise partly cloudy, hot, and humid. Highs in the lower 90s, but heat indicies could reach the upper 90s. Light southeast wind becoming southwesterly at 5 to 10 mph in the afternoon.

THURSDAY: Partly cloudy, hot, and humid. Highs in the lower to middle 90s, but heat indicies could reach the upper 90s to around 100°.