Lows will again be in the lower 60s 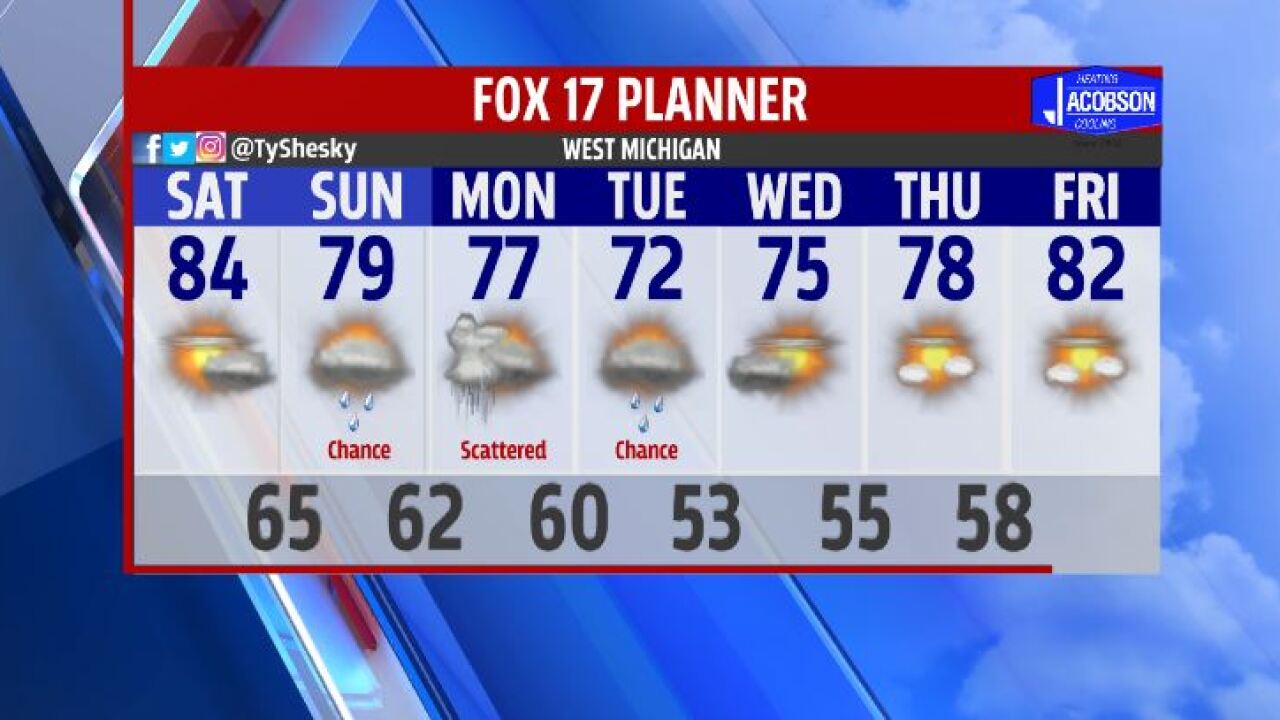 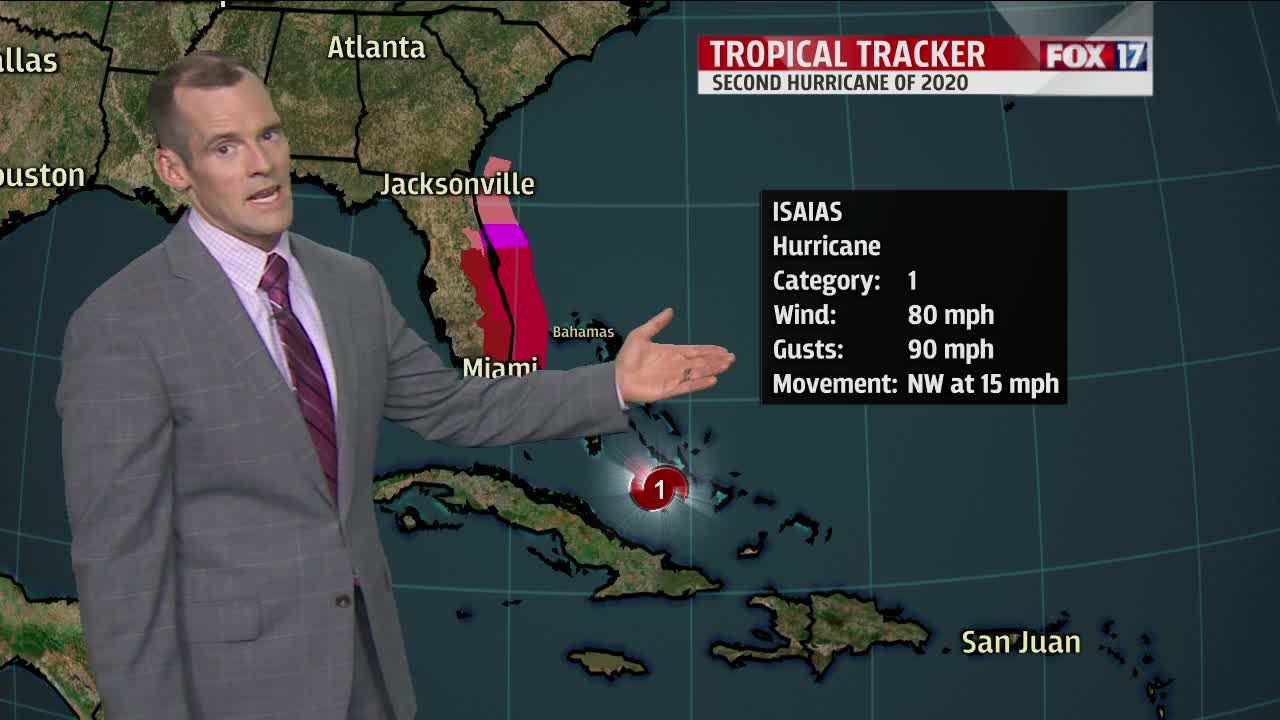 GRAND RAPIDS — The forecast from FOX 17 Meteorologist Ty Shesky: The pleasant weather we are having now will stay with us through Saturday. Rain chances have now increased earlier in the day on Sunday, as a low pressure system developing over the Ohio Valley makes a quicker turn to the north on Sunday into Monday. The chance of rain/t'storms will stick around into early next week. Much needed rainfall of up to an inch is possible.

TOMORROW NIGHT: Partly to mostly cloudy. A slight chance of a shower. Lows in the middle 60s. Light north/northeast wind.