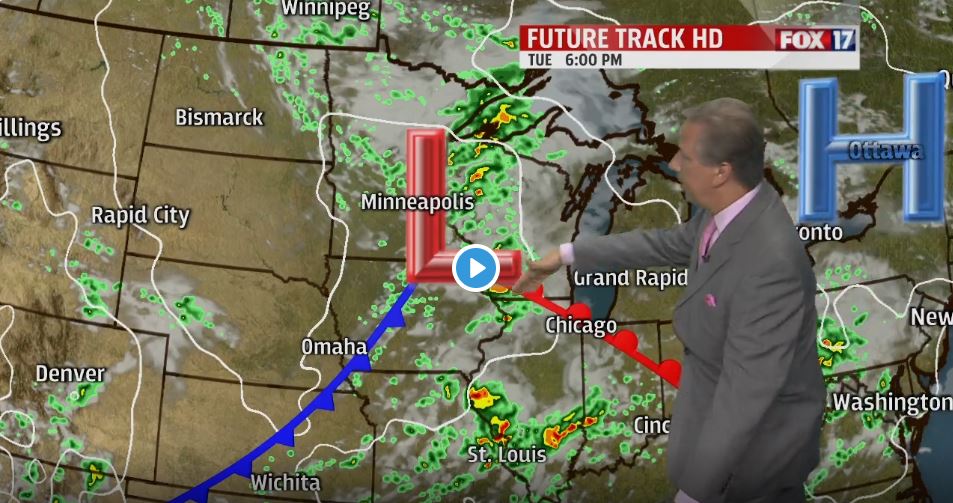 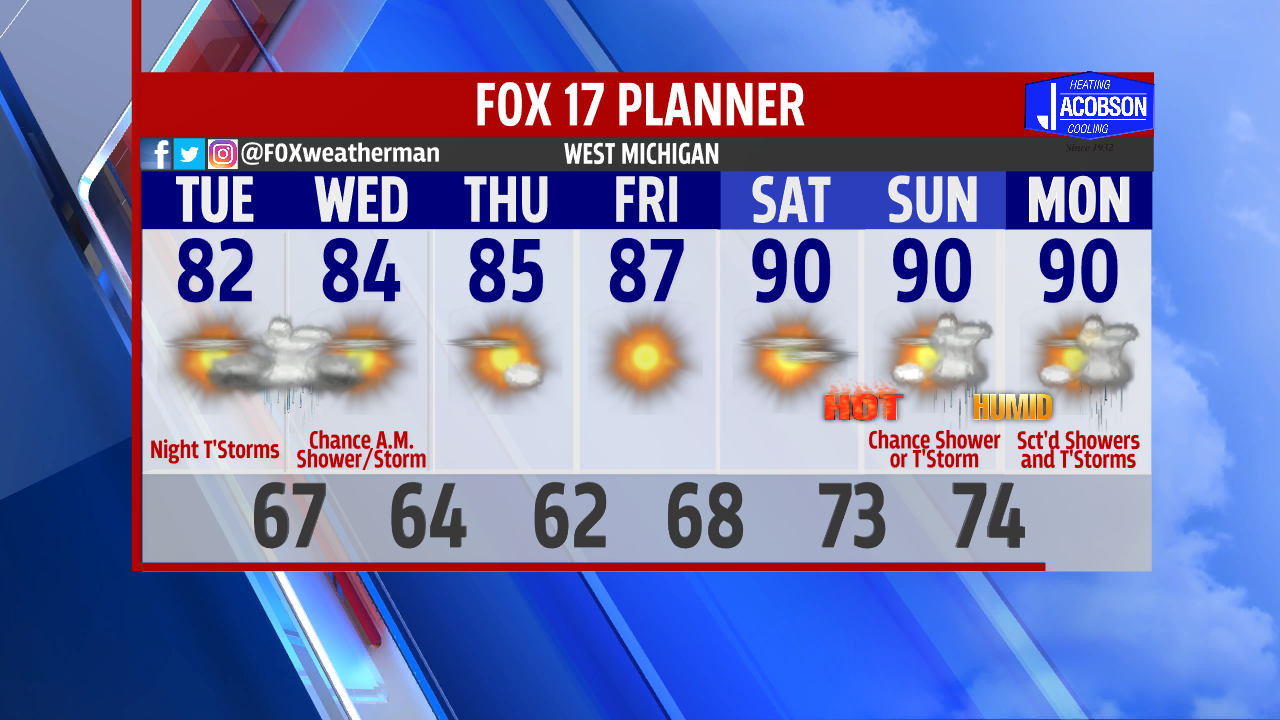 TONIGHT: Partly cloudy and comfortable. Lows in the upper 50s to near 60. Winds northwest/northeast at 5 to 10 mph.

TUESDAY: Partly sunny with a chance of an evening shower/storm, but a better chance Tuesday night. Highs in the low 80s. Winds east-southeast at 5 to 10 mph.

TUESDAY NIGHT: Mostly cloudy with a few scattered showers and thundershowers. Lows in the mid 60s. Winds southeast/south at 5 to 10 mph.

WEDNESDAY: A chance of lingering morning showers...perhaps a t'storm, otherwise some afternoon clearing. Highs in the mid 80s. Winds west-southwest at 10 to 15 mph.