Schoolcraft's switch to the spread offense paying off as expectations rise 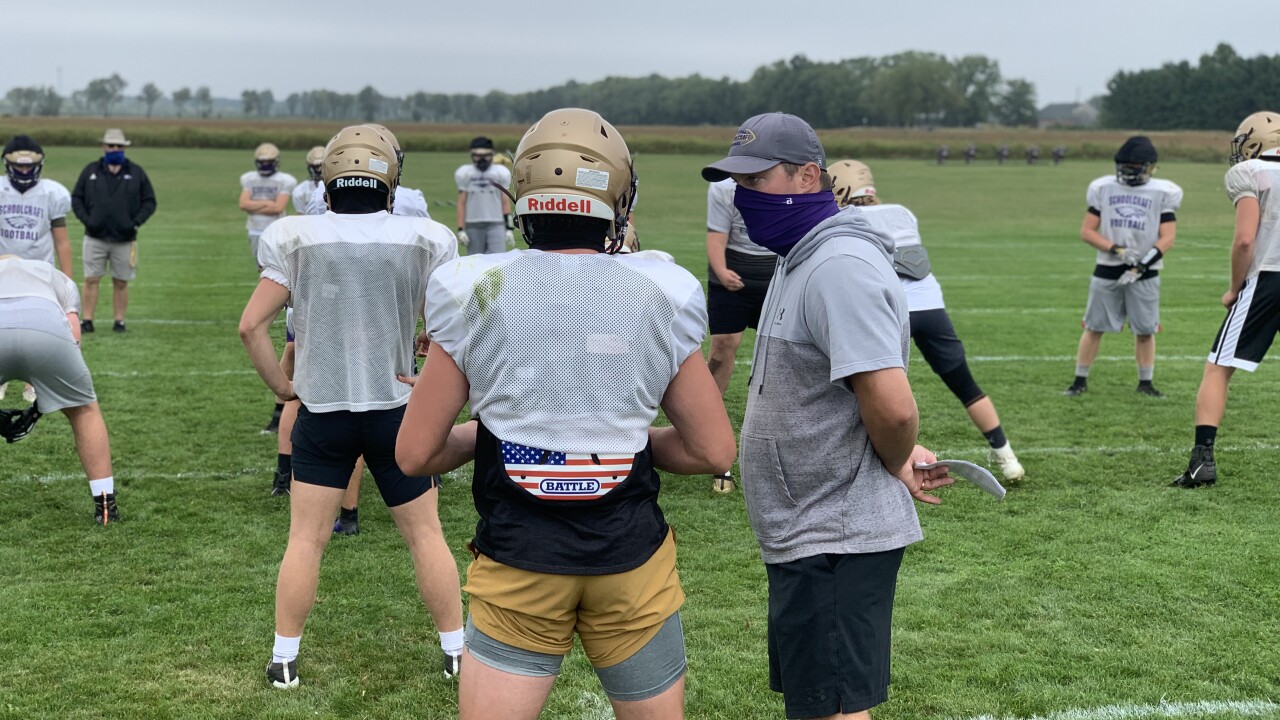 SCHOOLCRAFT, Mich. — It's no secret the Schoolcraft football program has historically been a run-heavy offense.

"Back when I was in rocket league and middle school, it was mostly run," said senior wide receiver, Harmon DeVries, "we would throw the ball five times, at most."

That is until the Eagles hired Nathan Ferency as the next head football coach in 2018, who quickly changed the offensive scheme.

"When I got here and saw how the program was loaded with athletes, it's kind of hard to not shift gears a little bit from that power running game that everyone is accustomed to, to opening things up a bit and getting the ball in the air." Ferency said.

It has been an adjustment for the athletes but now, entering year number three in Ferency's system, they're excited for what they can do this fall.

"We ran the triple option and ran the ball quite a bit," said senior quarterback Alex Thole, looking back, "and now we've made the transition to throwing the ball a lot. I think that's because of the personnel we have and we have great wide receivers, we're able to do that."

These Schoolcraft players know how to rock a mullet. I’m impressed. 🤘🏼

"It's really good to have Coach Ferency and this new offense because it really benefits us and our personnel," said DeVries.

And it's safe to say the new offense is working. The Eagles put up a program record 574 points in just 12 games last season, which is nearly 48 points per game.

All-State runningback, Kobe Clark, who is now at Saginaw Valley State, helped lead the Eagles over the past four seasons as they now look to replace his indescribable production.

"We're going to rely on our veteran guys who are wide receivers and quarterbacks," Ferency said going into this fall, "our goal is to be going to the air a little more and get our quarterback, Alex Thole in space and let him do his thing."

When Coach Ferency was hired and implemented the spread, he certainly had his doubters from those traditionalists in the community, but it's safe to say it has paid off thus far.

"Southwest Michigan has been known for an old-school style of football," he explained, "in between the trenches and people getting after it, but we've kind of opened things up and I think defenses have had to adjust."

Senior Jimmy Downs is another weapon at wide receiver.

"We've got great wide receivers, an all-state quarterback, you can't pick a better group of guys for a spread offense," Downs explained.

However, the Eagles' season has ended in the regional championship in back-to-back seasons as they hope to change that this fall.

"We're just looking to get over that regional hump," Ferency said, "we feel we can be in the conversation for a state championship run, that's our goal."

Schoolcraft will open the season at home against Constantine on Friday, Sept. 18.