Games being moved to find officials 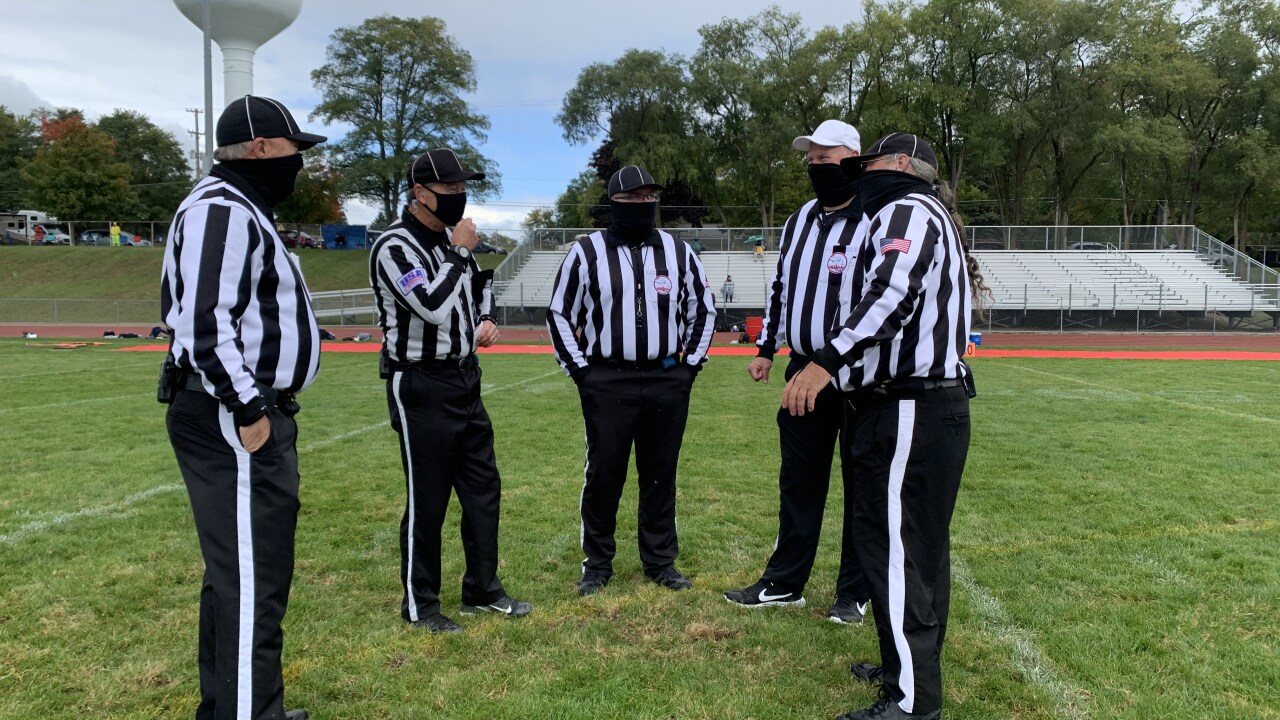 WHITEHALL, Mich. — The shortage of officials in high school athletics is becoming a bigger and bigger issue, not only in West Michigan but around the United States.

As the COVID-19 pandemic continues, officiating crews are having to cover more than one game in a weekend to ensure they can even be played.

In fact, Troy Gardner has been an official for 17 years and is now having to help out more than ever, including three games this past weekend that consisted of a lot of driving.

"My schedule is two games here today with the first game at 4 PM in Whitehall and the next at 7 PM in Hart, the next game is tomorrow at Leroy which is two hours from here," Gardner said.

The officiating crew at the North Muskegon/Whitehall game is covering three games over the next 24 hours — including the 4 PM kick, a 7 PM kick at Hart & a Saturday game as well.

All due to the shortage of officials. pic.twitter.com/pHgTfbOmeS

And Gardner says the ongoing shortage won't be solved any time soon.

"I think the rest of this year could have three games every Friday get moved to Saturday, then they're stuck looking for officials for Saturday," he added.

While Gardner officiates in the West Michigan Conference, the OK Conference and several others around the state of Michigan are also hurting and moving games is becoming more and more frequent.

"We love being out here with the kids," Gardner said on why he keeps coming back, "and teaching the kids, we just love to ref and have fun."

Of course, the shortage has a lot to do with officials opting out due to COVID-19, both with the concern about the virus and for others, the protocols.

While officials are not mandated to wear masks during game action, they must wear them to and from the field and around coaches and players.

"I know eight officials that stepped away this year," said Gardner, "they're older, they're retired, so I understand their point."

But on the other hand, officials are stepping away from the game due to the behavior of parents and coaches.

"If you argue a lot with the official, maybe grab a whistle and come see our side of the ball," he added, "you might get the aspect of what we're looking at."

Unfortunately, as the pandemic continues, it looks as if the officials shortage is going to become a bigger and bigger problem in the coming months.