The Red Wolves fall to 4-1 on the season 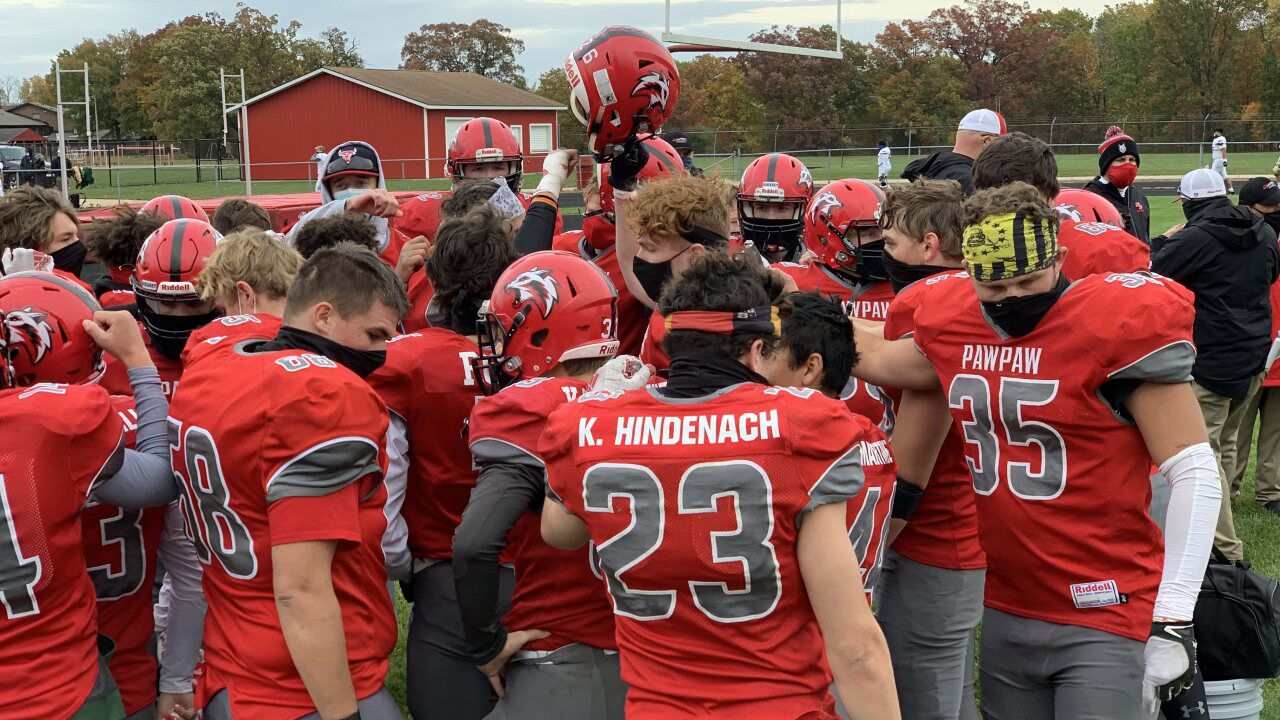 "A year ago when we had the opportunity to schedule them, we thought it would be a great look for us to have a program as high quality as them come over right before the postseason," Stephens said.

Paw Paw getting set to square off with Detroit Country Day at Falan Field! pic.twitter.com/H3HLvl5kVe

The Red Wolves knew they were going to be in for a battle as they entered with a 4-0 record, while the Yellow Jackets forfeited a week four game with Armada due to COVID-19.

Country Day would lead 17-0 going into halftime and scored again to start the third quarter on a blocked punt return by senior Joe Miller.

Paw Paw junior Cullen Sylvester would answer, however, on the next drive with a 21-yard touchdown run to make it 24-7.

On the next Red Wolves possession, junior kicker Jose Valverde would boot a 51-yard field goal that just had the distance, a new school record.

"As soon as I went out there, my confidence was good," Valverde said, "I had a bit of a cross wind so just thought hit it hard, you know, and I just have to thank coach for having that confidence in me for letting me kick the field goal."

Country Day would take a knee and wrap up a 37-17 victory, improving them to 3-0 on the season.

Meanwhile, the Red Wolves will play at unbeaten Edwardsburg in week six in a big Wolverine Conference showdown.