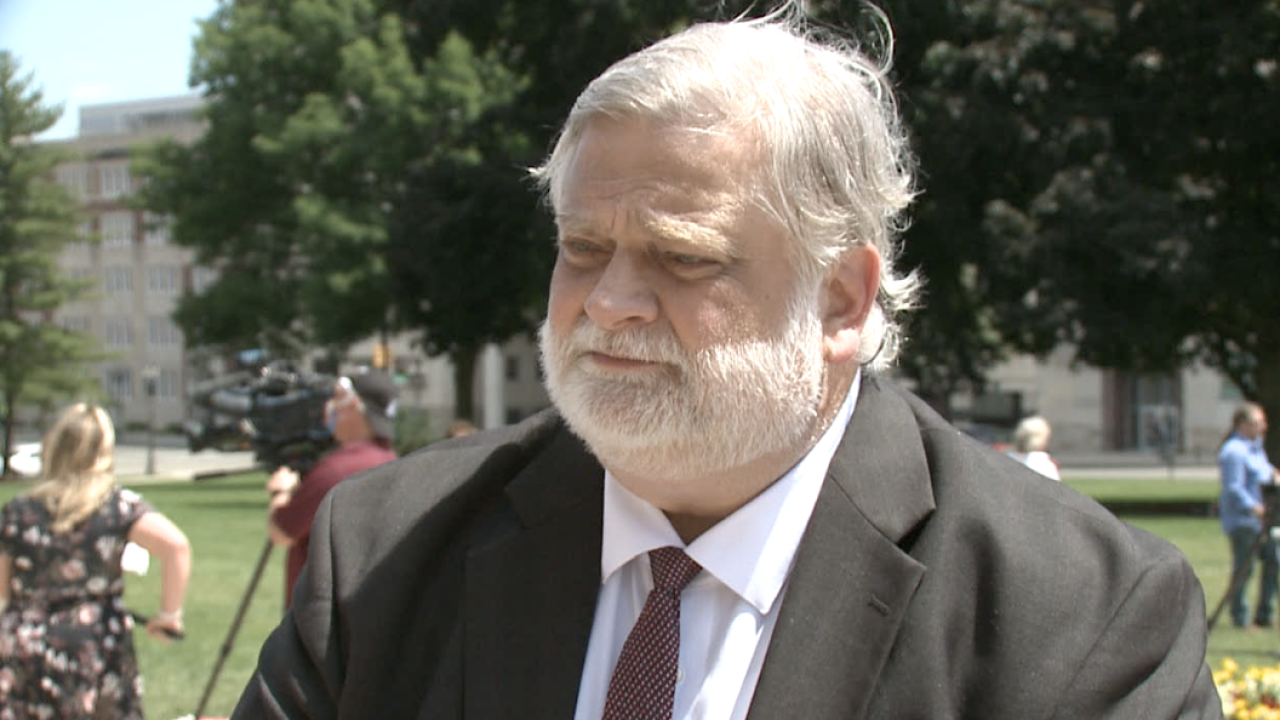 LANSING, Mich. — Hairstylists and barbers gathered at the Capitol on Monday, June 22.

They're upset with Governor Whitmer after seven hairstylists received citations for a protest more than a month ago on May 20, when they took to the Capitol Lawn to cut hair.

The stylists said the citations were a violation of their rights to free speech and freedom of assembly.

Angela Rigas was one of the stylists who received a citation in May. She works at a salon in West Michigan.

“(I did it) to show her (Governor Whitmer) also that you can safely get your hair cut,” Rigas said.

An attorney representing the stylists further explains the ticket, saying it's unnecessary.

“They were charged with being disorderly persons, basically for practicing an illegal business or illegal occupation," said attorney David Kallman. "Which on its face appears silly. It’s not illegal to be a barber or a hairstylist."

Rigas says her license shouldn't be jeopardized based on her participation in the protest, where she says she gave out haircuts for free to prove a point.

“I feel like we’re being picked on, and we’re being made an example of because we were unwilling to comply with unjust orders from the governor,” Rigas said.

She says she encourages others to look up their rights in light of her citation.

Attorney David Kallman, representing the stylists, says he'd be happy if the charges were dismissed.

The Owosso barber who refused to close during the executive order was also at the press conference.

Based on the ruling from the court system, which allowed him to keep his license, others are optimistic the same will happen for them.

“We’re not going to give up," Rigas said. "She can’t take away my license. She can try. But she won’t win.”