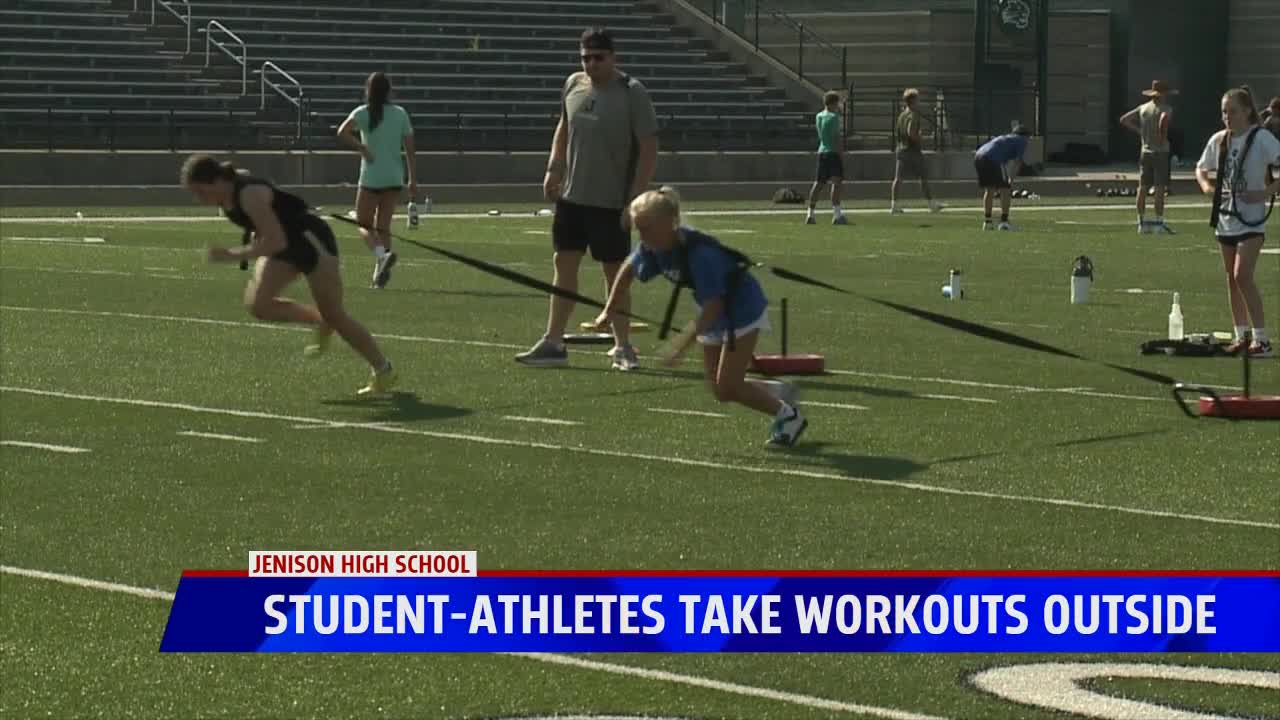 Jenison athletes putting in work while preparing for a hopeful fall.

JENISON, Mich. — High school coaches all around the state of Michigan are hoping to get their athletes back on the field, any way possible. In Jenison, student-athletes have been back outside working out together for the past month while taking every precaution necessary.

"I can't imagine what's going on in a 16-year old's head," head football coach Rob Zeitman said, "it's tough. This is their turn to forget it all, get out here and work really, really hard while hoping for the best."

After the MHSAA started allowing up to 250 people outdoors for workouts on June 2, Jenison got right to work.

"Initially, we didn't know what we'd be able to do," Zeitman added, "but the MHSAA came out with their deal and we knew we'd be able to execute something similar to what we wanted to do."

175 high school student-athletes from every sport hit the field three times a week for workouts that each last just under an hour.

"Attack every workout like it's your last," said Connor Flynn, an upcoming senior and football player, "with this uncertainty, you never know, this could be the last practice we have."

Each station with equipment being used is considered a 'touch station' and is properly disinfected after each individual use.

"After every participant goes, we spray it and wipe it down, they also have hand sanitizer to use after each drill," Zeitman added.

With the uncertainty of fall sports in the state of Michigan, most athletes are hoping to begin actual practices next month. Athletes like upcoming senior quarterback, Jaden VanDalsen say they'll play in the spring, if needed.

"It's crazy, I've never experienced anything like this, you just don't know," he said, "I'm just praying for a season at this point."

Zeitman says he understands everyone believes different things about what should be happening right now. He also adds that the administration and coaches at Jenison are simply hoping we don't get a repeat of this past spring.

"There are people that say that we are doing it the way we're supposed to do it, then there are the critics of the guidelines," he said. "We don't have that luxury, we're going to do what we need to do and listen to the powers above us and above our school district, whatever we need to do to preserve a season for these kids."

The MHSAA is expecting a decision for fall sports by mid-to-late July.