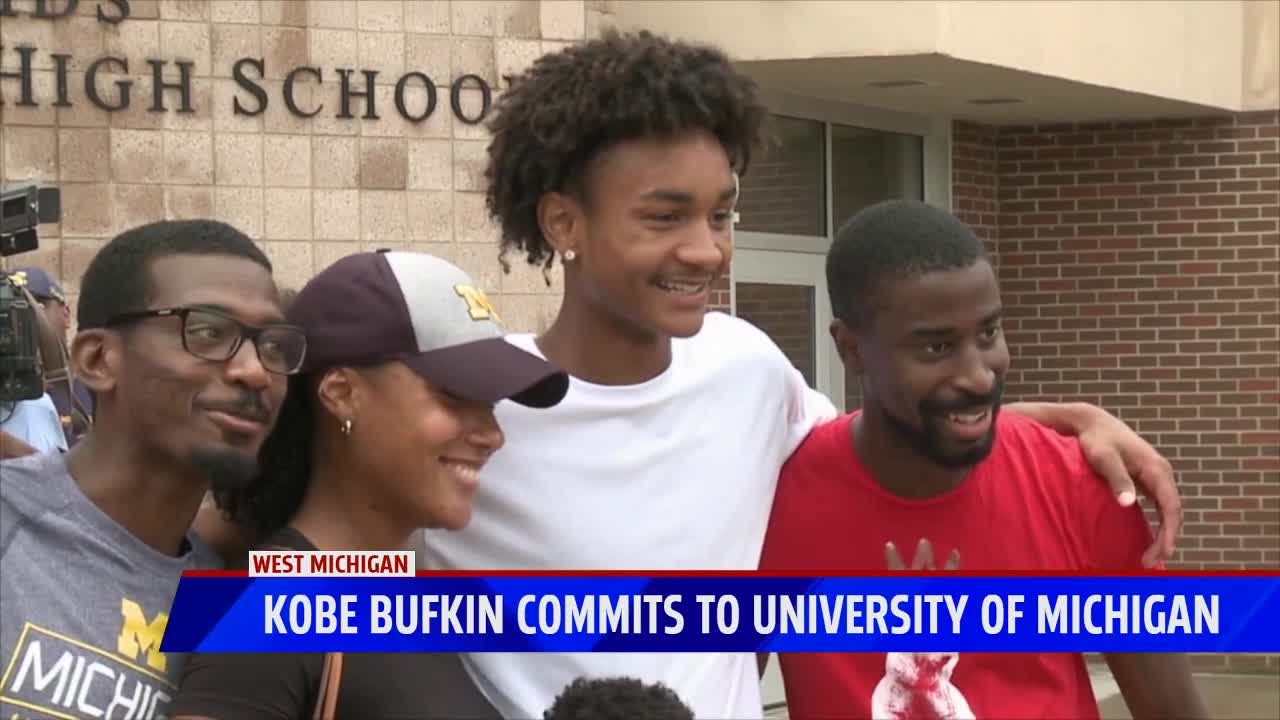 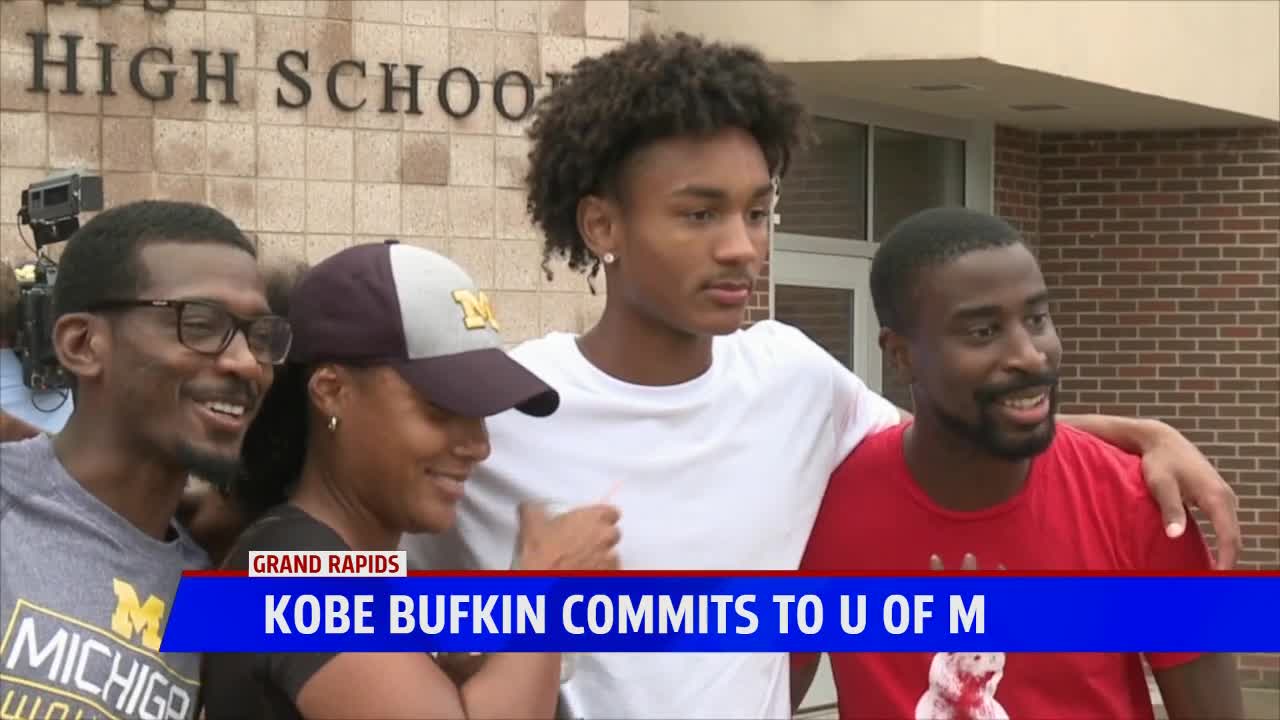 GRAND RAPIDS, Mich. — Kobe Bufkin has made a name for himself over the past three years at Grand Rapids Christian High School.

As a junior last winter, he averaged 22 points and five rebounds and is now committed to the Michigan Wolverines.

"What really decided it was the family aspect," Bufkin said after his decision, "I was very comfortable with Coach [Juwan] Howard and Coach [Saddi] Washington, they did a very good job recruiting me. I felt at home every time I talked to them.

The Wolverines topped Michigan State, Ohio State, LSU and DePaul for Bufkin's services, all programs that also recruited him hard.

"Michigan State has always been a great program and Michigan is also a great program," he said when asked about the Spartans, "both have great history. They kind of cancel each other out, so it was whoever made my situation better and I felt like that was Michigan."

Bufkin has quickly risen up 2021 recruiting rankings after his standout junior season and is now considered, by many, to be the top player in the state for his class. Michigan head coach Juwan Howard has told him that his attributes will translate well at the next level.

"Being able to see the court, being versatile, being able to score and get my teammates the ball," he said about what Michigan likes about him. "They're interested in my playmaking ability and how I'm a combo guard."

Just like anything else right now, the pandemic did get in the way of his recruitment. Bufkin says he was unable to visit many college campuses that offered him but Ann Arbor was a place that stood out from the beginning.

"Really with the whole pandemic, our world is shut down. The NCAA made a couple of decisions with the live period and what not, but I wasn't waiting on much else. I was comfortable where I was at so I decided to lock myself in right now," he added.

Bufkin's family is full of Michigan fans, thanks to his grandmother who fell in love with the Fab Five era when Juwan Howard was a player at Michigan. However, his family also said they didn't influence his decision.

"He's pretty smart and very basketball savvy," said his grandmother, Linda Roberts, "I knew whoever he picked it would be the right school. But I'm so glad," she laughed, "it's Go Blue! I'm happy for him."