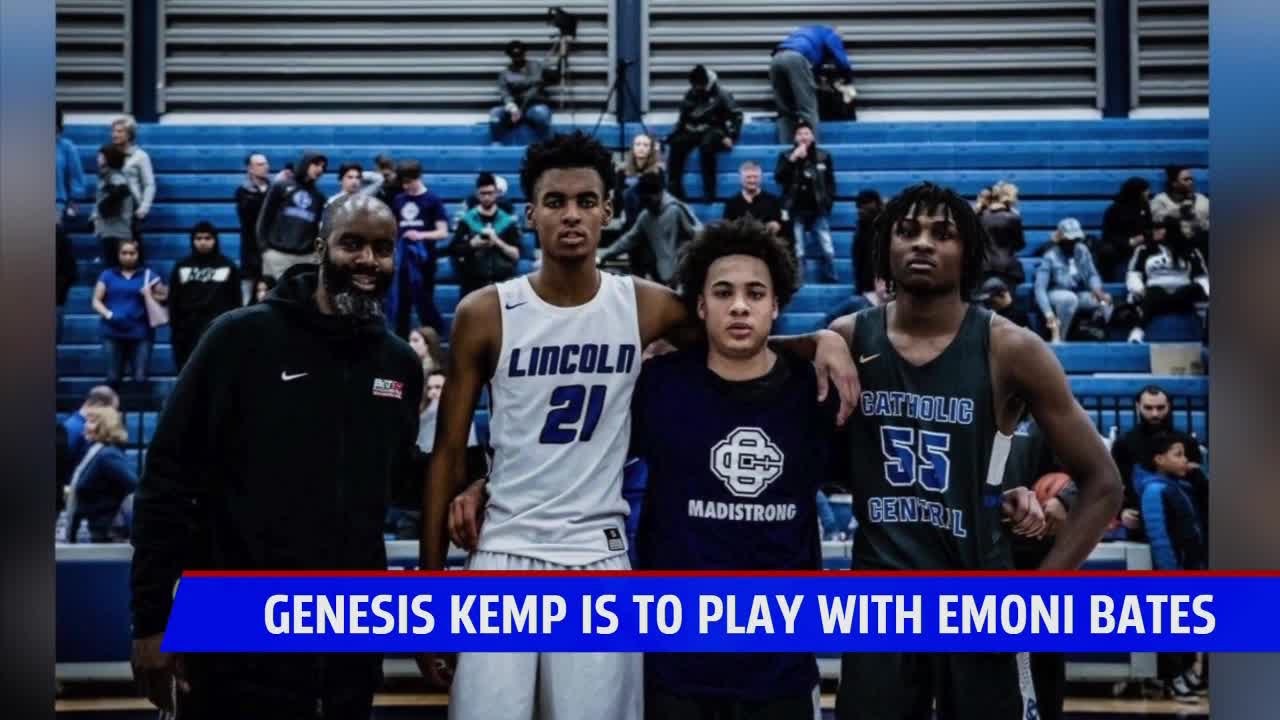 GRAND RAPIDS, Mich. — Genesis Kemp has been through a lot in 17 years.

"It was a one parent household that I grew up in," Kemp said.

Genesis grew up with five other siblings in Grand Rapids while his mother, Folonda, worked at least 60 hours a week, providing for the family.

"I definitely can say I've worked hard all my life to make sure they're okay," Folonda added, "it has not been easy, but I wouldn't take anything away from that."

Kemp transferred out of the Grand Rapids Union school district to enroll at Grand Rapids Catholic Central at the start of high school. Every morning, Kemp had to take two city buses to and from school every day.

"I'm not going to say it was hard, but it built me into the man I am today," he added.

As soon as Kemp stepped onto the basketball court at Catholic Central, his talent was on display as he played major varsity minutes as a freshman.

"He's been carrying a ball since he was four years old," his mother smiled, "this is something he definitely wants."

So much so, that Kemp is now leaving Catholic Central, and Grand Rapids all together, to join the nation's top player, Emoni Bates at the startup Ypsi Prep Academy.

"I actually talked to his dad about it," Kemp said, "he had an idea, it was a thought at first but then at the end of the year when summer came, he called me and talked to my mom and I about it."

Emoni Bates verbally committed to Michigan State last week and is already being raved about by NBA scouts, despite only being a junior to-be. However, Kemp has been playing summer ball with him for almost four years now, and says the pressure won't get to him.

"I wouldn't say it effects me as much," said Kemp, "since we were young, we've had big crowds and have been playing against top players."

The team members will be enrolled in online classes as they expect to travel all across the United States to play top competition. Kemp's mother will stay in Grand Rapids with the rest of the family but says she is already planning some trips to Ypsilanti.

"This is my gentle giant," she smiled, "he's going to be gone a ways away from me, I'll be going there on weekends, making surprise visits, all of that."

Many of the players on the Ypsi Prep Academy roster have received major division one interest and even some offers. As Kemp's junior year approaches, he's ready for that spotlight.

"It's an opportunity for me to show what I have against players that have been working as hard as me."

While they're unsure when they'll be able to play a meaningful game and debut the academy, Kemp says he's ready for when that time comes.