Created after original parade was cancelled 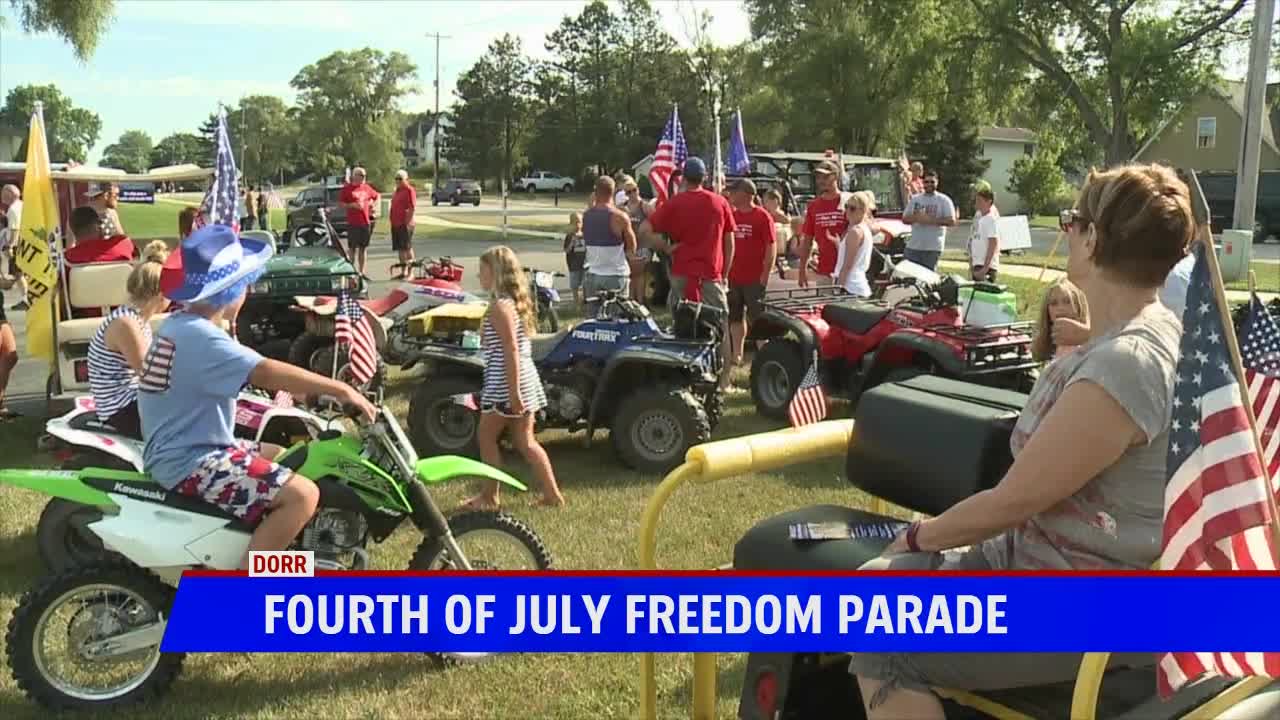 DORR TOWNSHIP, Mich. — On Thursday afternoon, the Dorr Business Association opted to cancel its Fourth of July parade and fireworks.

The decision came after the association was served paperwork from the attorney general's office stating they could be fined if the events weren't in compliance with executive orders, including less than 100 people at an event.

"When the parade got cancelled, we were bummed," said Dorr resident, Naomi Younglove, who has lived in the town for 26 years, "This is our way of celebrating our nation and our freedom. It's nothing political, it's just what we do every year."

While the business association took a step back, citizens of Dorr and the surrounding communities stepped up, making sure that Saturday's parade went on as planned.

"Two days ago, they cancelled it and now, there are several parking lots full of people," said parade participant, Jordan Sterk, "we're ready to celebrate the Fourth of July."

Hundreds of people decorated their vehicles, dirk bikes, semis and even horses and drove by a very welcoming crowd.

"People in this community realize the importance of their freedom and their right to assemble," Younglove added, "I'm so proud to be from Dorr."

The parade was a well kept secret throughout the town. In fact, several residents say they didn't even realize it was happening before they heard it for themselves.

"It was 45 minutes worth of a parade that wasn't even scheduled," said Wayland resident and attendee, William Johnson, "it's great to see towns like this come together."

After decades with a Fourth of July parade, Dorr Township residents say they couldn't imagine not celebrating together this year.

"This is the first thing we do on the Fourth every year," Younglove smiled, "we get up and come to the parade. I can't imagine what we would do without it."