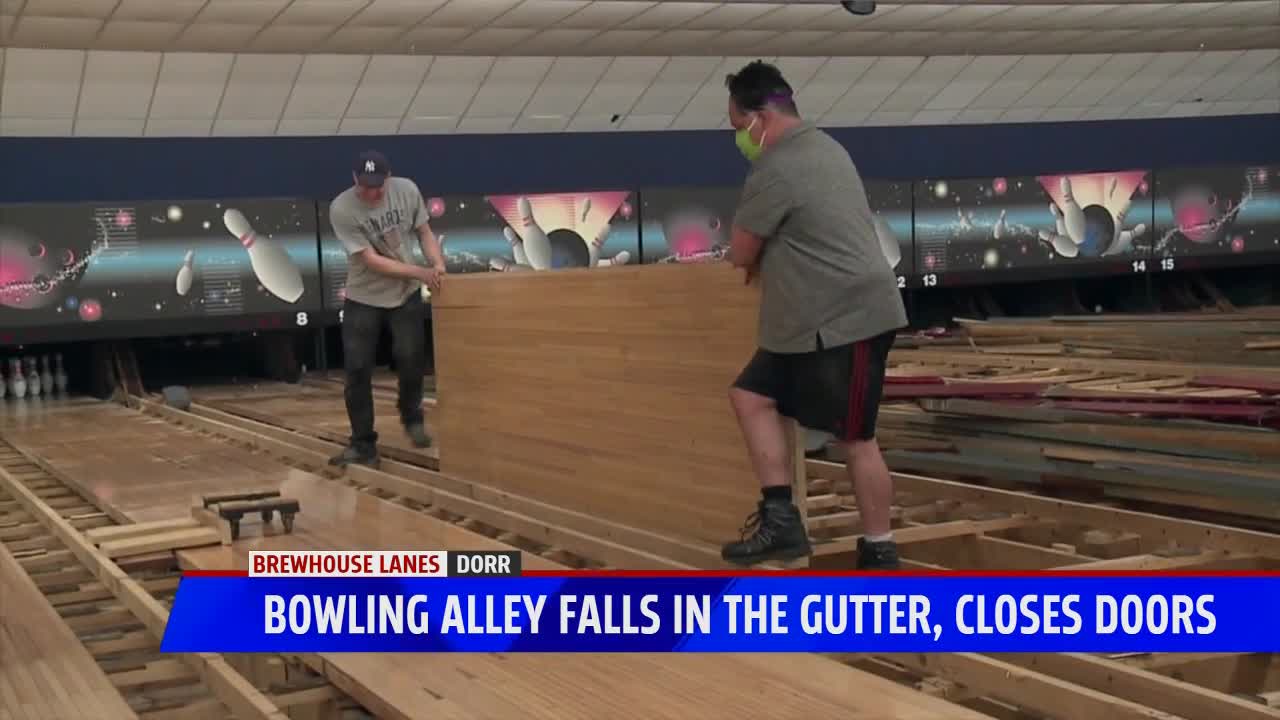 DORR TOWNSHIP, Mich. — Since the early 1980s, the town of Dorr has had a bowling alley. Unfortunately, that is now changing.

"Everything just happened so fast," said owner, Doug Lameyer, "we had no clue."

Doug, his wife Cindy and co-owners Randy and Lisa Blain moved into the space in 2016, opening Five Lakes Brewing Company on one side of the building and eventually taking over the bowling alley on the other, turning it into Brewhouse Lanes.

However, on Friday, the lanes that were once home to so many good memories for the community, were being removed.

"The community loves it so much, it was a tough decision to shut it down," added Lameyer.

With the business forced to shut down during the ongoing COVID-19 pandemic, the couple says they can't operate the alley any longer.

"We really needed to do a lot of work to it and upgrade it," mentioned Lameyer, "and financially now, with what's going on, there's no way we can do that."

Fortunately, Five Lakes Brewing is still open for curbside pickup only right now but the owners say sales are down nearly 90-percent from what they were before the pandemic started.

"To continue on at partical occupancy, there's no way we can financially do it," he added.

Five Lakes Brewing, much like the bowling alley, has become a staple of the Dorr community over the past four years. Lameyer is hoping they can stay open but he says that times are tough.

"It's time to open up," he said, "there's no way that all these businesses, not just ours, can open back up. We'll be lucky to have 30-percent of businesses in restaurants and hospitality reopen."

In a small town like Dorr, the brewery and bowling alley have both meant so much to the people of the community.

"The community has been fantastic," he smied, "they're so supportive to us, we were making some really nice strides."

And while he says they're not yet on the brink of closing the brewery, if they don't get to reopen soon, it could be too late.

"We poured a lot of time and effort into this, it'd be really sad to see it go."