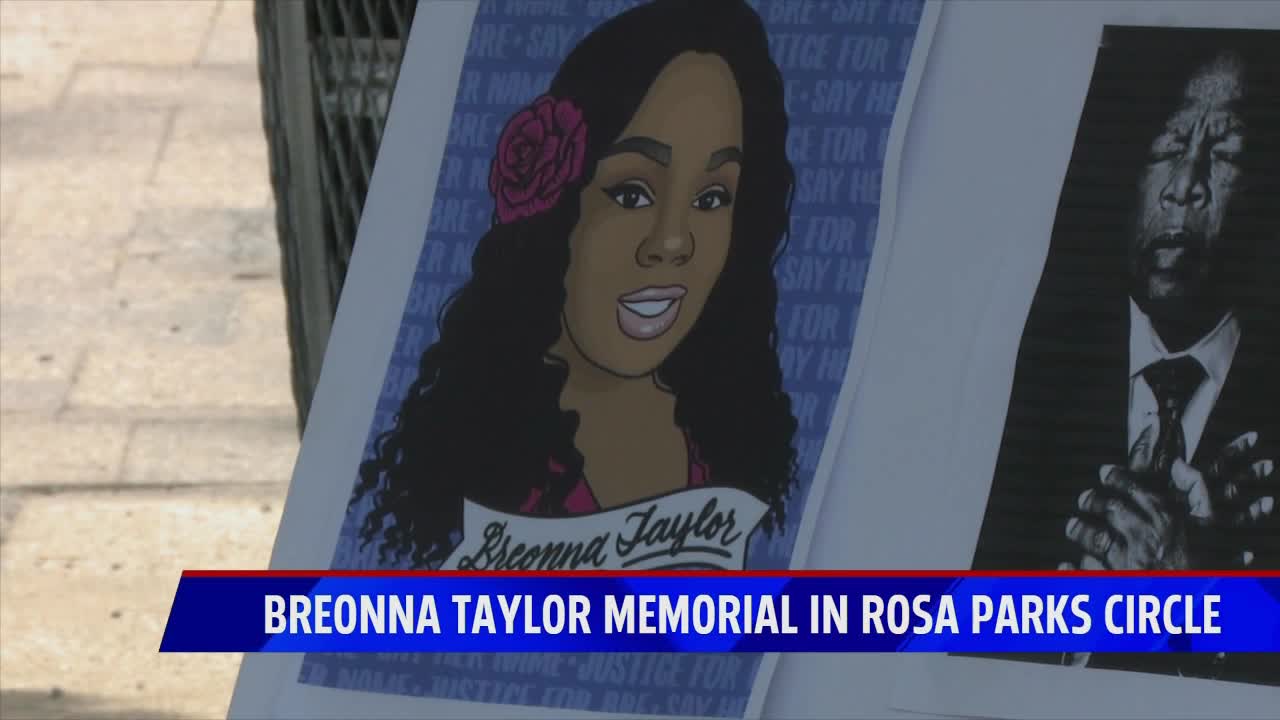 Family of Breonna Taylor helps put on memorial in downtown.

GRAND RAPIDS, Mich. — Hundreds of people stood together in solidarity at Rosa Parks Circle on Saturday afternoon to remember Breonna Taylor and continue the fight for change.

Several of Taylor's family members were also in attendance to make sure her memory lives on.

'Justice for Black Lives' stood with the family to share memories about her life and call for justice after her death in Louisville, Kentucky on March 13.

"We need her memory to forever be out here," Gordon added, "we need people to remember that she was killed in her sleep, when she shouldn't have been. It could have been any one of us, we need to stay vigilant and active."

Taylor grew up in Grand Rapids. Now, more than four months since her tragic death, her family and millions of others around the world, are calling for accountability from the Louisville Metro Police officers involved.

"We don't want her name to die," said Gordon, "we want to keep this kind of tension so that those officers are accountable for their behavior."

The three hour event remained extremely peaceful, which Gordon says the family is all about.

"We can fight racism and injustice by being peaceful. We need to teach those that are of hatred that we can conquer change with love, we don't have to become violent."

Taylor's family wants everyone to know what kind of person she was as they continue to spread that message of peaceful change.

"She was that light," smiled Gordon, "she was young, but she had this stored in her wherever she went. She was equally for justice reform, I know she's proud, because if she were here today, she'd be here for someone else."