Gus Kapolka to return on Tuesday 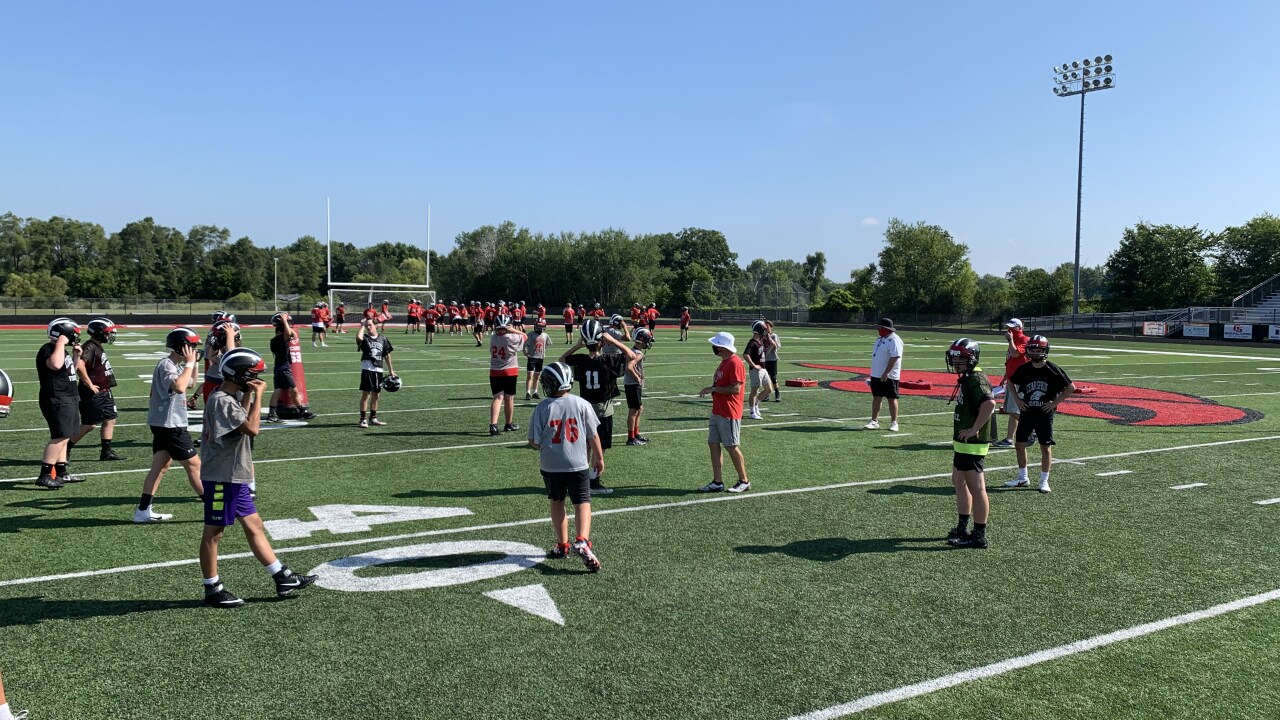 It's day one of high school football practices around the state of Michigan. At Cedar Springs, the Red Hawks were dealt a big blow as head coach Gus Kapolka was unable to attend the first practice due to a family member coming down with COVID-19 symptoms. Fortunately, Kapolka tells FOX 17 the test results were negative and he will return to practice on Tuesday.

"We're trying to find our way and when the captain of the ship isn't around, things are kind of dicey at times," said interim coach and long-time assistant, Marcus Dukes.

The players say it's different not having their coach around but it has all been extremely eye opening.

"It makes us not take things for granted," said senior linebacker Dylan Greenland, "one of us could get it and our whole season could be over. Coach Kapolka helps this team so much," he added.

With so much uncertainty regarding the 2020 football season, the players say they're optimistic about playing at some point, but for they're happy to be together at practice.

"A couple of weeks ago, I wasn't sure if we would be here today, I'll be honest," said senior quarterback Jeremy Campione, "I had my hopes. I was wishing for the best because obviously this is my senior season, it's what I've been waiting for."

Practice does look much different on several fronts, including players distancing when not in drills, water breaks being independent and equipment being disinfected consistently.

"We're wearing masks when we're not on the field for the players, coaches wear them the whole time," Dukes said, "water breaks are independent, instead of having guys stand at the water cooler and hangout and drink community water. We're trying to do the best we can to keep them healthy and hopefully play," he said.

And the players say they'll do whatever it takes to suit up this fall.

"If we want to play this season, we have to make sacrifices," Dylan Greenland said, "we're all making those sacrifices, no friends houses, no grouping, no hanging out between practices."

The back-to-back OK White champs will make the move to the OK Gold this fall, if a season occurs.