Burnips staple to reopen on Wednesday 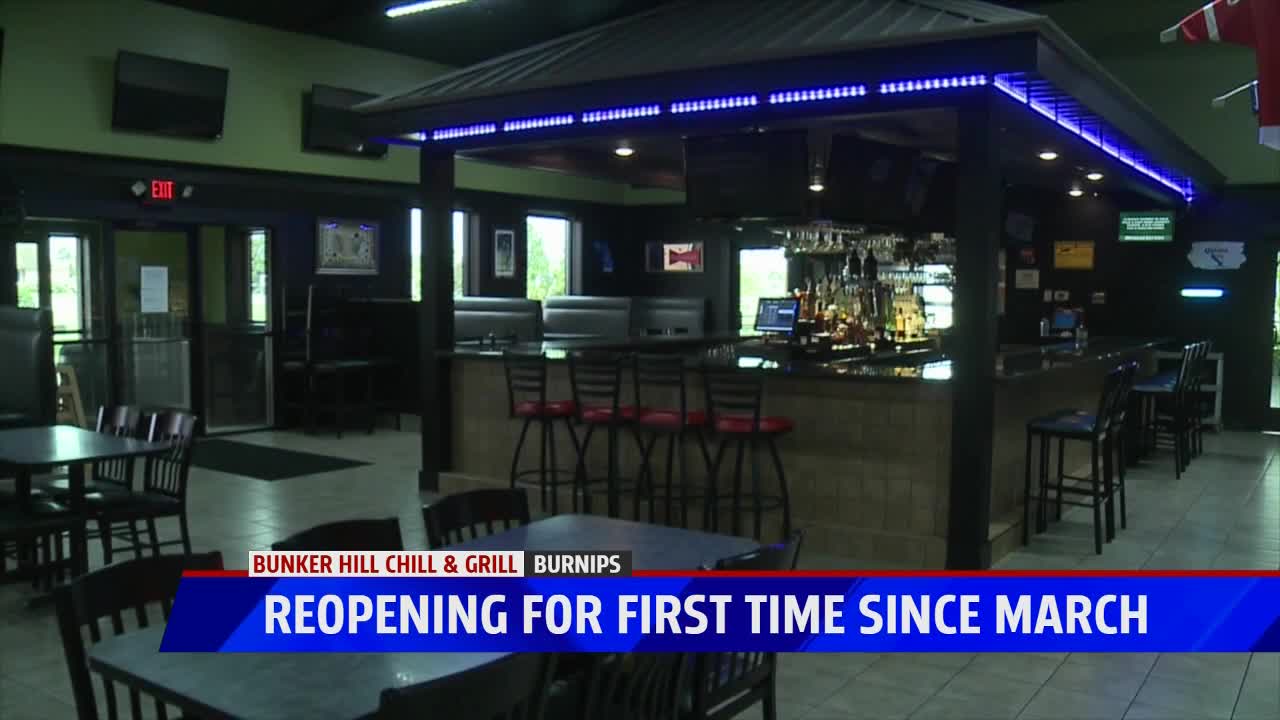 SALEM TOWNSHIP, Mich. — Bunker Hill Chill and Grill in Burnips has been around for decades and has become a staple of the community.

On Wednesday, the restaurant will reopen its doors for the first time since March 16, after the mandatory shutdown due to COVID-19.

Bunker Hill is one of the only restaurants in its area and has been a popular place from the beginning.

"My parents opened this restaurant on July 1st in 1983," Brenner said, "some people call it a landmark, I know we're out in the woods but we do attract a lot of people from a lot of places."

Over the past four and a half months, the restaurant has been completely closed due to the pandemic. Brenner says while the supply and demand of food products was a big factor for that, so was everybody's health.

"The safety of our staff is a big one, so we thought we'd ride it out until more research came out on COVID," she added.

Brenner says she's been hearing from the community for weeks now, all curious about when they'd be open.

"There have been a lot of Facebook messages, texts, phone calls, all about when and why we aren't open," Brenner said.

However, this Wednesday, August 5 at 6:30 A.M. the restaurant will open its doors once again.

"Things seem to be playing out a bit," Brenner said on why to open the doors now, "there are less executive orders, people are getting used to wearing their masks and it's less of a battle with the public. Food costs are now evening out and we can get products that we couldn't before, so I pushed that now is the time."

The staff has been working around the clock the past few days to make sure the restaurant is up to code with all guidelines.

"We have to require masks to get in, we went through and measured our tables for the six feet rule. Between the booths and tables we took out, it was bout 150 seats to make the 50-percent capacity rule. We'll also have hand sanitizers throughout the building."

And the employees couldn't be more excited to get back to work and see some familiar faces.

"We're so excited to see everybody," Brenner smiled, "we have a lot of regulars, guys that have been coming in for thirty something years."