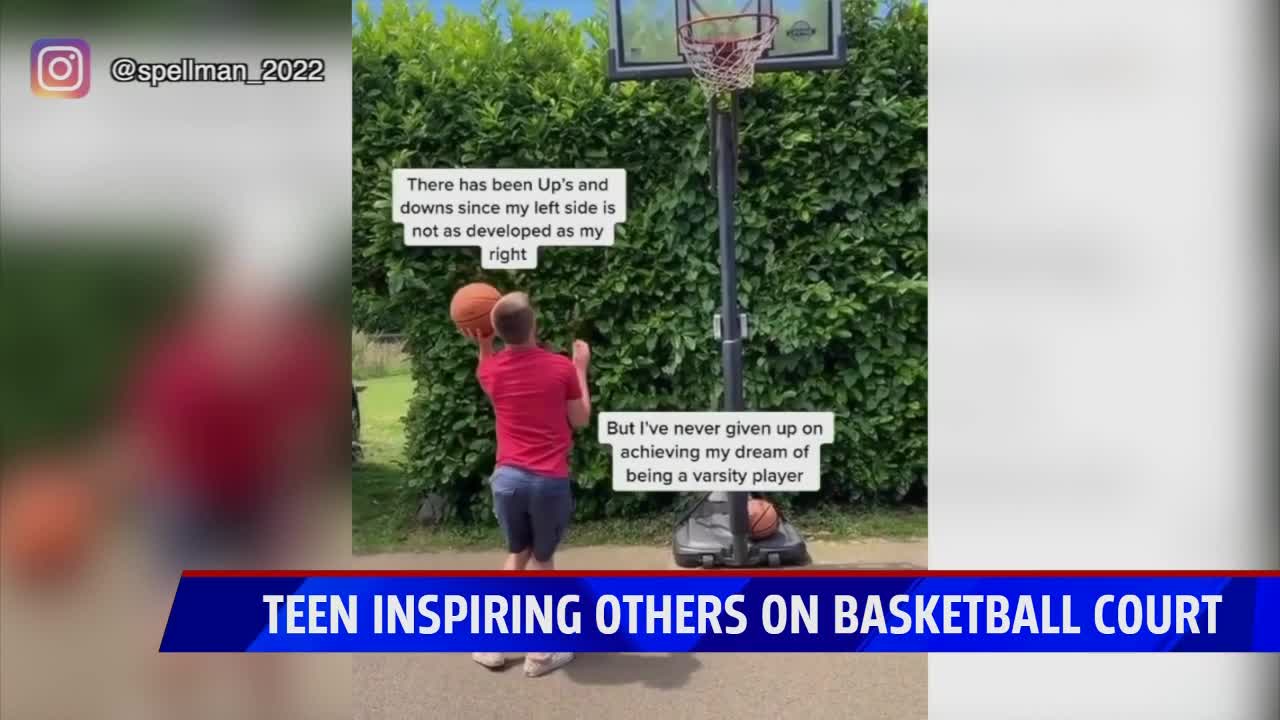 Teen with cerebral palsy inspiring others.

BAY CITY, OREGON — Matt Spellman has loved the game of basketball since he was just a toddler.

"I was probably four or five years old and my dad was playing in a three-on-three league at our local YMCA," Spellman said, "I'd be trying to shoot a basketball."

Spellman, a 16-year-old from Bay City, Oregon, has a mild condition of cerebral palsy, but hasn't let that stop him from the game he loves.

"I walk pretty well," Spellman added," but my muscles on the left side of my body are less developed than my right side. My left side is weaker with everything."

So much so that he hasn't been able to play baseball because he can't catch or throw with his left hand. Spellman also had to give up football, a sport he loves, as he got older.

However, on the basketball court, he played on his high school's junior varsity team, and has already been an inspiration to so many.

"My motto has always been, 'I might not be number one, but I'm never going to finish last,'" he said, "I've always had the motivation to do it, I just had to push myself.

And recently, Matt decided to combine his passion for basketball with his love for social media.

"I love TikTok and my parents said, 'you should start making TikToks about your cerebral palsy and playing basketball,'" Spellman said, "they said, 'that would reach and touch a lot of people.'"

And it certainly did. The video has taken off and has now racked up well over two-million views.

"I looked at my phone and it was blowing up, everyone saw it, it was awesome. I was so happy that entire day and it has continued to get bigger, I'm so happy about it."

Matt says his story is just one example of perseverance and he hopes others can learn from his message.

"Keep pushing," Spellman said about his message to others, "someone will notice the work you're putting in, no matter what you're doing. Just keep doing your best to get better, at whatever you're striving for."

As his junior year of high school approaches, he says his goal is to make the varsity basketball team. He certainly has the work ethic to make that happen.