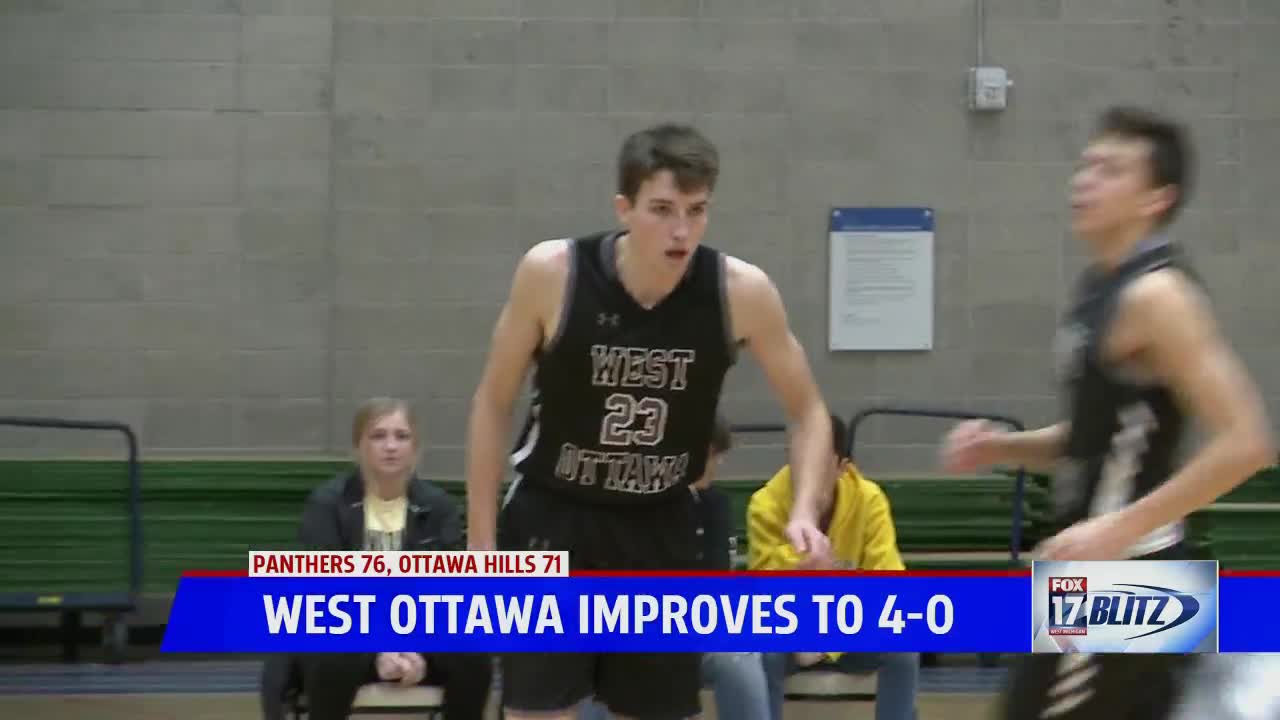 GRAND RAPIDS, Mich. — West Ottawa is off to an impressive start to the 2019-20 campaign. Steve Windemuller's group began the season by beating Zeeland West, a team that won 15 games last season, 56-49.

The Panthers have since turned out wins against Reeths-Puffer and then Holland on Friday evening. Nearly 24 hours later, West Ottawa beat Ottawa Hills 76-71 to notch the team's third victory in the past five days.

"Our endurance is pretty good, we played three games this week, it was a back-to-back so I thought our energy was good and our kids battled well."

The game was a part of the inaugural Raider Shootout hosted by Grand Rapids Community College and Windemuller says it was good to get his team to face a tough test like the Bengals.

"We learned tonight that we have to play through adversity and have poise," Windemuller said, "we haven't done a great job with that so far but we did tonight."

Tanner Wiegerink led the Panthers with 22 points in the win. The team improves to 4-0 and will face Mona Shores on December 27th.