The senior is looking for a big basketball season 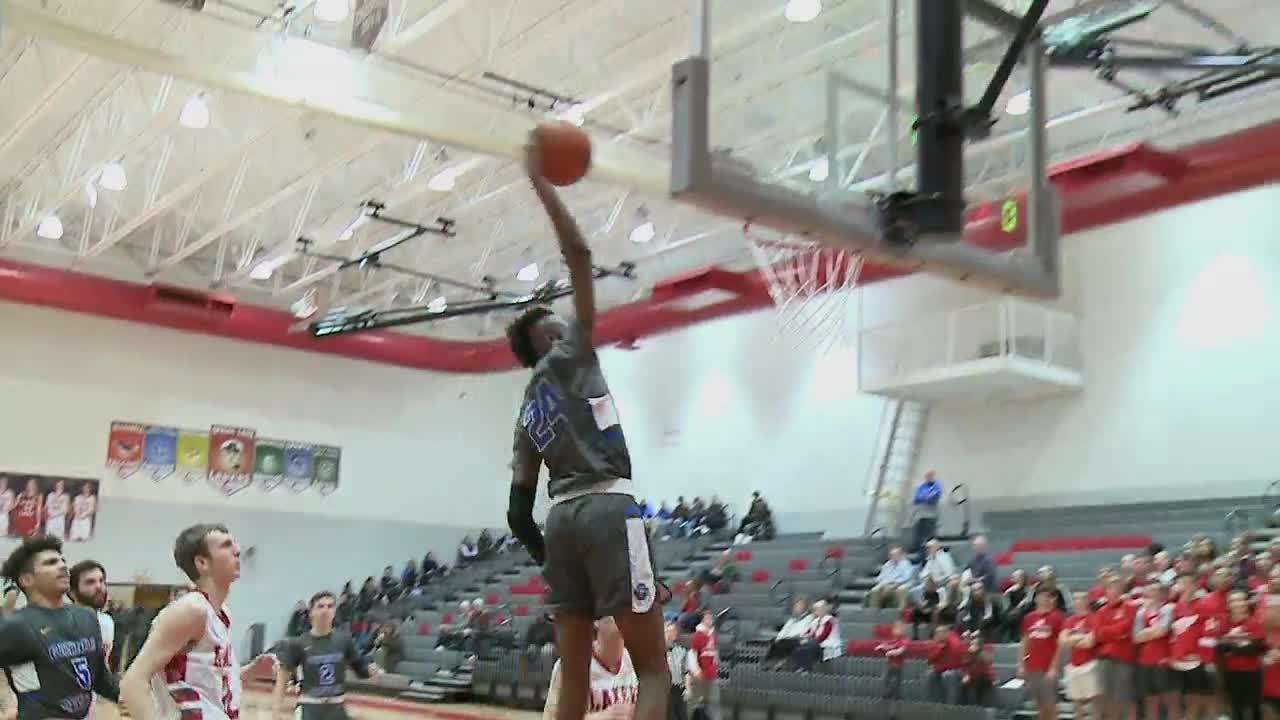 The senior is looking for a big season

GRAND RAPIDS, Mich. — Mykel Bingham was one of the reasons that Grand Rapids Catholic Central won 21 games and a third straight OK Blue championship last season. Now a senior, Bingham has shown a lot improvement as he gets set for his senior year.

"He's just grown in all ways," seventh year head coach TJ Meerman said. "He has grown in his maturity. He has gown in height, he has grown in his maturity, he's worked harder, he's put on twleve pounds in the wieight room since last year and I know it doesn't look like looking at him but he is playing a lot stronger on the floor, he is playing well abouve the rim at 6'7. He's such a good athlete, great leader and one of the most coachable kids that we've ever had here at Catholic."

Bingham says he has improved hi outside shot and handle, but he hopes to see the most strides in his leadership as he will serve as a captain this season.

"This summer what made me feel most proud of myself is the leadership," Bingham said. "Getting after guys, telling them what to do, where to be at in certain plays. That is one of my biggest goals for this upcoming season is to be a leader more and just encourage them to do better and help out this team anyway I can."

Mykel's older brother, Marcus, currently plays at Michigan State. Right now the younger Bingham holds offers from some GLIAC schools, but some division one schools have shown interest. If he continues to improve at his current rate, the sky is the limit.

"I keep telling him the ceiling is as high as he wants it to be," Meerman says. "It is going to come down to the same things as his brother. His strenght, his work in the weight room. He is a different player now than he was six months ago and I think what college coaches see is that six months from now he is going to be a completely different player as well. He works at his game, he loves to be in the gym and he is a really good player."

Bingham wants to have a successful team season with an experienced bunch that graduated just one player from last season's team that went to the regional final.

"It just pushes us to work harder knowing that we had one senior last year and we have to pick up the leadership this upcoming season," Bingham said. "Now that we got multiple seniors we know how it's going to turn out during the season."

The Cougars will play a very tough non-conference slate that will start next Saturday as they host Otsego.