Forest Hills Northern bounces back with win over Flint Powers 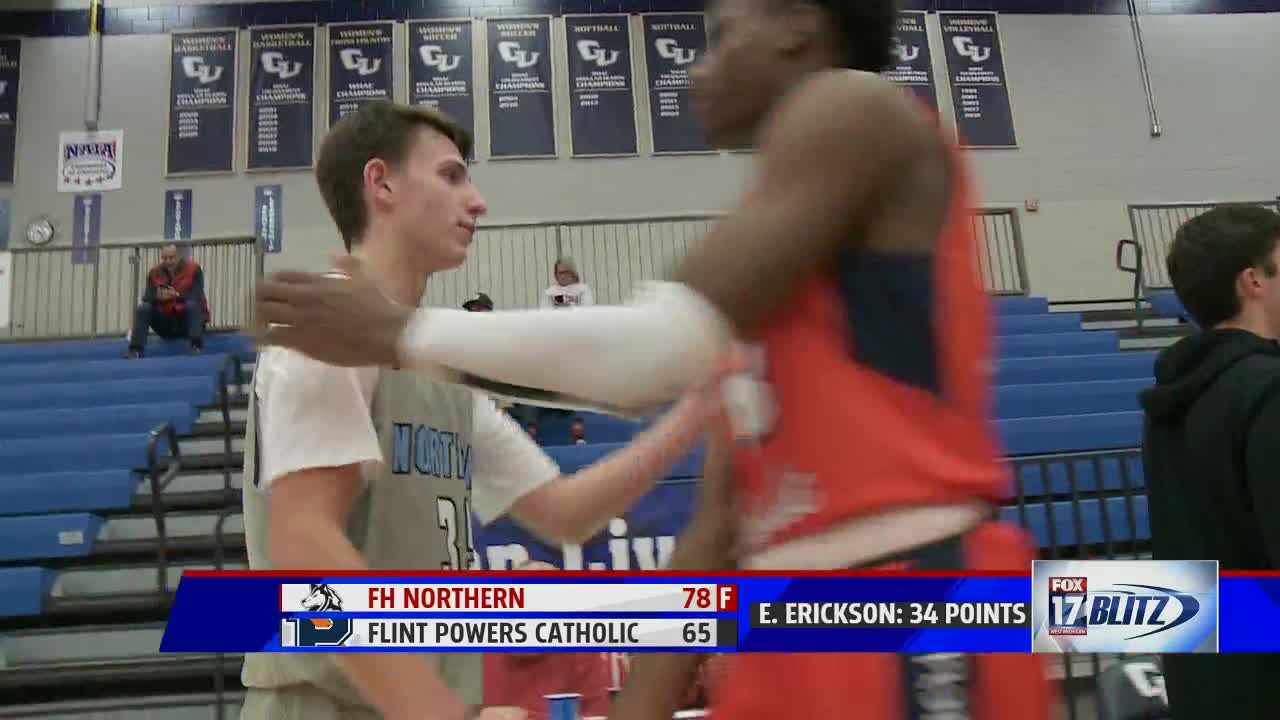 GRAND RAPIDS, Mich. — Forest Hills Northern was upset by East Grand Rapids on Friday night but it took less than 24 hours for Joe Soules and his Huskies to get that sour taste out of their mouths. The Huskies took on a talented Flint Powers team in a late addition to the Cornerstone Holiday Tournament on Saturday afternoon.

Northern led at the half, 48-45 in a quick paced 16 minutes that included 23 points from junior guard Ethan Erickson. In the second half, the Huskies would pull away a bit, once again led by Erickson and fellow junior Trinidad Chambliss. The duo would finish the game with 60 combined points in the 78-65 win.

"We were getting on the floor, taking charges, tipping the basketball out and we weren't doing that last night," head coach Joe Soules added. "We weren't driving the sleigh as I say, we're a bunch of Huskies," he laughed.

The 34 point effort was Erickson's second 30-plus point game on the season already.

"That's my bro, since third grade," Chambliss said on his teammate, "best shooter in West Michigan, he means so much to the team."

"We know each other really well and when we get each other going, we really get going," Erickson added.

The Huskies improve to 2-1 on the season and will face Coldwater on December 27th, also a part of the Holiday Tournament at Cornerstone.