Lawmakers want exceptions for some businesses 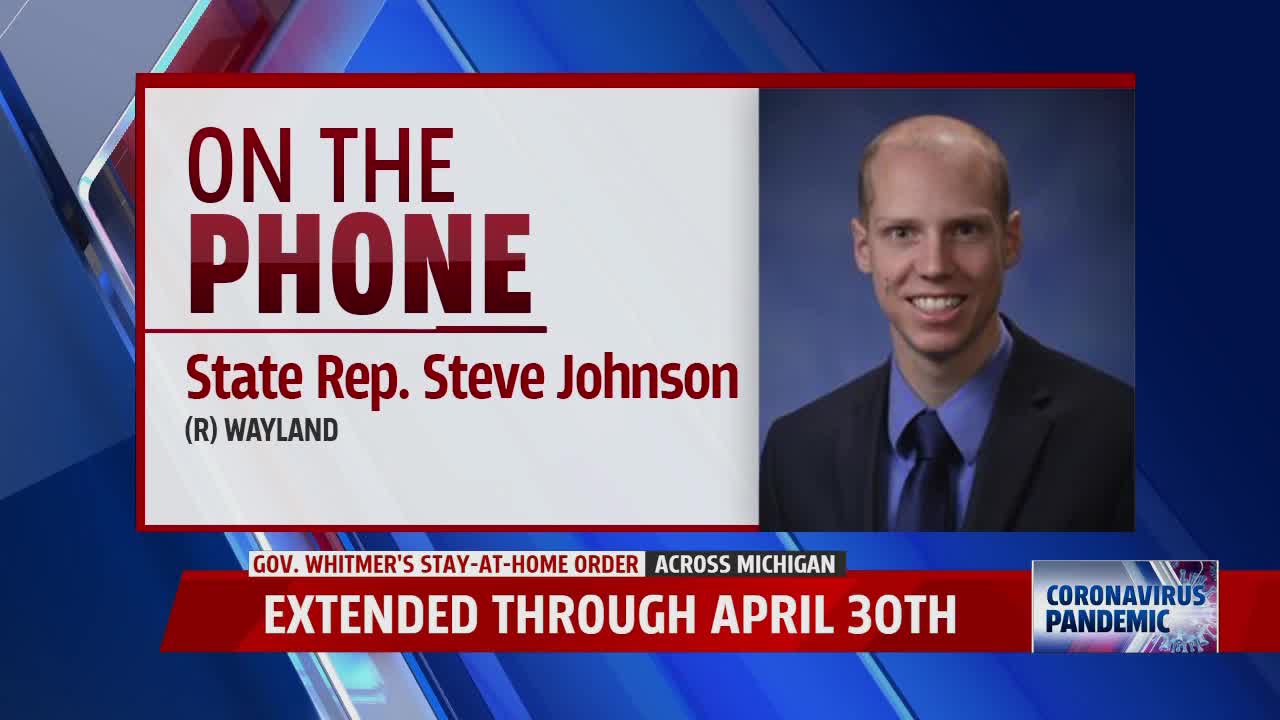 GRAND RAPIDS, Mich. — In an announcement that many expected, Gov. Gretchen Whitmer has signed a new executive order that extends her "Stay Safe, Stay Home" order through the end of the month.

The new order now expires May 1.

But not all Michigan lawmakers voted in favor of it. Some of them say it's hurting businesses who may have to close for good.

"Now is not the time to pull back at all, it is the time to identify. That’s exactly what we’re doing,” said Whitmer during a press briefing on Thursday. “This doesn’t mean that everything is going to go back to normal on the 30th. However, we do know for the next 3 weeks we have to take these important actions.”

There are new rules for companies to limit exposure to others. The governor also wants big box stores to close certain sections like flooring, garden centers and plant nurseries.

That news caused a last-minute surge to stores like Lowe's, where people waited in line for nearly an hour to get things like paint.

“If you’re not buying food or medicine or other essential items, you should not be going to the store," said Whitmer.

Some state lawmakers say the extension is hurting businesses. Especially the ones who can safely abide by social distancing guidelines like landscapers and greenhouses.

Big-box stores like Home Depot had already been allowed to sell plants until the governor's new request on Thursday, but local companies without that same opportunity could now go bankrupt.

“I have heard abundantly loud and clear from people that this idea of keeping this shutdown without any flexibility to go on towards the end of the month and possibly into June, as the governor has suggested, it’s just not practical,” said State Representative Steven Johnson.

Johnson voted against the governor's extension, and told FOX 17 he's received more calls from constituents on this issue, that any other during his time in office.

“Let’s get away from essential and non-essential, because every job is really essential, and let’s talk about safety," he said. "What can we do safely. You talk about people who are working outside, landscapers who are by themselves, well they can do that safely.”

Johnson and other lawmakers tell us they're tired of what they call double standards, like lawn crews being able to work at public parks, but people like local home builders cannot build houses.

One man found Grand Rapids city crews working at MacKay-Jaycees Park. He wondered if the city can work, why can local companies do the same thing.

The city issued this response to FOX 17 when we asked about the work being done at the park:

Under Gov. Whitmer's “Stay Home, Stay Safe” executive order, parks, trails and open spaces can remain open and necessary government activities such as maintaining safe and sanitary public parks are permitted to allow for outdoor recreation. Accordingly, we have determined that all construction activities related to public infrastructure, including the maintenance of safe and sanitary parks, are essential and need to continue to preserve the health, safety and welfare of the community.

He and others agree and hope that Michigan businesses that can safely open can do so soon.

"They’re struggling, they’ve got bills to pay, they’re got to put food on the table, they’ve got mortgages to pay and the governor is taking away their livelihood, their source of income. And it’s time to fix that. If they can work safely, it just makes sense to get them back to work," Johnson said.

The governor also addressed other key issues on Thursday, including the creation of the Michigan Coronavirus Task Force on Racial Disparities.

She noted that 14% of the state is African-American, but more than 40% of COVID-19 deaths here are black people. Lieutenant Gov. Garlin Gilchrist will chair the task force to address racial inequalities during the crisis.

Whitmer is also ordering big stores to limit the number of customers to four per 1,000 square feet of space. Smaller spaces also have to reduce foot traffic to 25% of their total occupancy limit.

You can still go out to grocery stores which do have to regulate the six-foot distance with markers.

You're also still free to go to parks and be outdoors and walk or kayak, as long as you're six-feet away from someone else.

If you violate the order, you could be fined or face criminal charges.