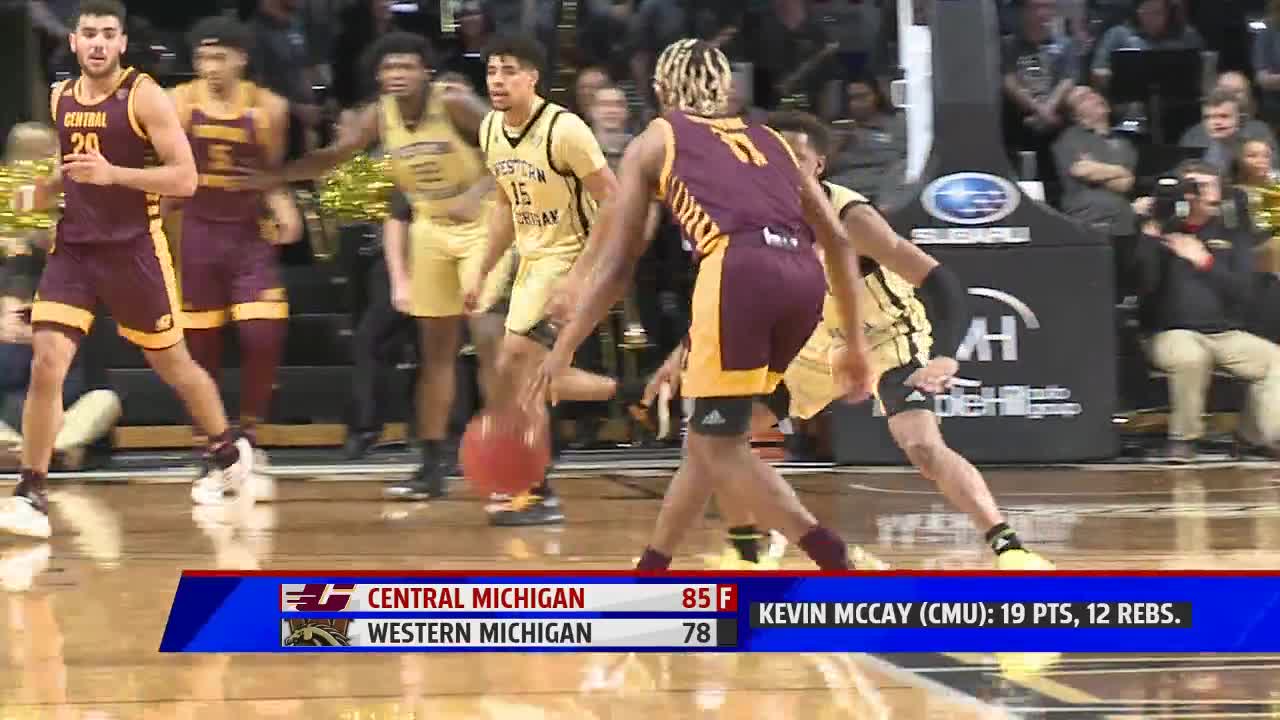 The Chippewas win the fifth straight meeting against Western Michigan.

KALAMAZOO, Mich. — Central Michigan led Western Michigan at the half, 41-34 in Saturday afternoon's meeting in Kalamazoo. The Chippewas would then lean on senior Kevin McKay who would finish the game with 19 points and 13 rebounds to help fuel Central Michigan to the 85-78 win. It's the fifth consecutive victory in the series for the Chips.

"Improved execution on the offensive end and then just a confidence that we have," head coach Keno Davis said on the differences in the game. "I don't think we could have earlier in the season thought 'you're going to lose your starting point guard for the majority of the game and you're going to be at Western Michigan and you'll be able to hold them off.' We improved and it's nice to be able to show it today."

Junior guard Deschon Winston would step up off of the bench for the Chippewas, scoring 18 points and adding four assists.

"This is a great win for us," Winston said, "to build our momentum and to keep winning road games. I'm new to Michigan and I heard this is a big rivalry game, so I've got to bring a little extra and I hopped on that wagon."

The Chippwas improve to 12-8 overall and continue to lead the MAC West at 5-2 in conference play.