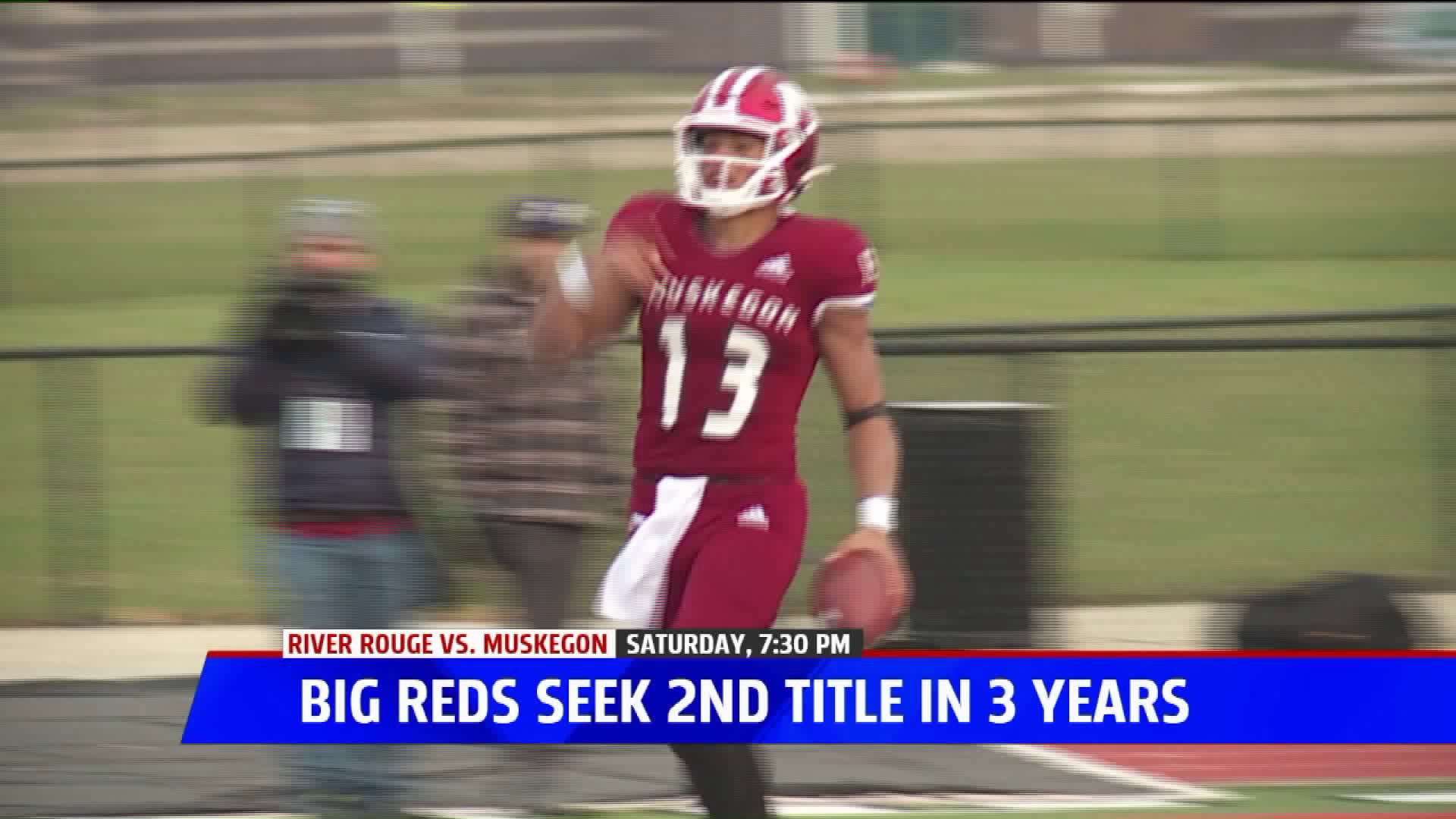 Muskegon (13-0) had breezed through most of the season before finding itself in a tie game in the fourth quarter of the semifinal against DeWitt before pulling out a 28-21 win.

"It is always good to have those games," 10th year Muskegon head coach Shane Fairfield said.  "To have some confidence to know that we can be in a slugfest and still have the opportunity to win it, if you never put yourself in those positions you never know what you have in those moments and in championship football, semifinal football you are going to get into those kind of games, that is why they call it championship football."

The Big Reds won it all in 2017 and would love to add a 7th state championship to the trophy case this weekend.

"Few players even win one state championship," senior center D'Andre Mills-Eliis, who is 40-1 in three years as a varsity starter, said. "How about winning two of those? That is keeping the hunger in me losing my last state championship I just want to go out give it my other fellow seniors a state championship."

Standing in the way is a big and talented Panthers team that is hungry for its first state championship in football.

"They are very physical up front," senior offensive and defensive tackle Billie Roberts said. "I see a lot of them in us as well they are another inner-city team so it is just going to come down to whoever wants it more."