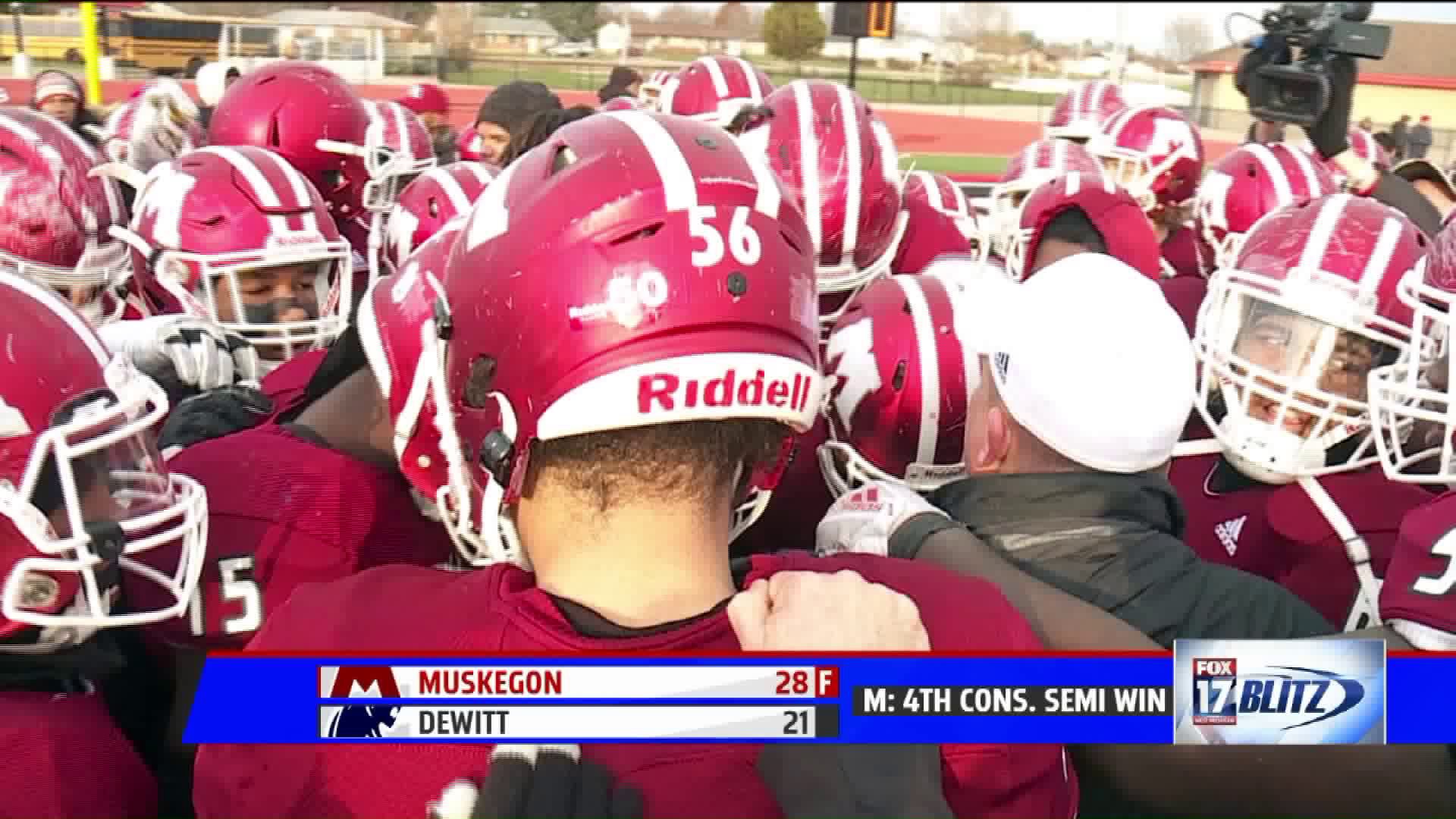 KENTWOOD, Mich. -- The Muskegon football program continues to raise an expectation that is already sky high. Saturday's 28-21 win over DeWitt in the state semifinal set a program record with the Big Reds' fourth consecutive trip to the state championship.

The game was tied 21-21 with just over two minutes left until Cam Martinez scored on the ground for his fourth touchdown of the day to make it 28-21 Big Reds. The Muskegon defense was challenged on the final drive of the game until sophomore Myles Walton batted a pass away on fourth down to seal the victory.

After the game, head coach Shane Fairfield spoke to the players about battling adversity.

"I told you before that you can't be a champion without taking shots," Fairfield said after the game, "even the greatest, Floyd [Mayweather Jr.] he was hit, hit, hit but at the end of the day when it's all said and done he's still undefeated. You got hit a little bit today and had to battle adversity."

Fairfield used an analogy and prior demonstration to describe his team's chemistry and fight.

"We talk about being a family and sticking together," he added, "we did a demonstration one time with 11 pencils, when 11 pencils stay together you can't snap them, but if you take a pencil out, that will snap easy, then another pencil and before you know it the 7 or 8 that are left will snap."

Senior quarterback Cam Martinez had all four Big Reds touchdown, including three on the ground in the victory.

"We just handle adversity," Martinez said, "we've been put in situations like this ever since winter, in the weight room and all the workouts. We play for moments like these and overcome them and just to win and see another day."

Muskegon will look to finish the job next week against River Rouge in the Division 3 state championship.

"It's a feeling I can't bring into words but I'm very excited," senior Billie Roberts III said, "it's not finished until we hoist that trophy at Ford Field, so until then we're on a mission."