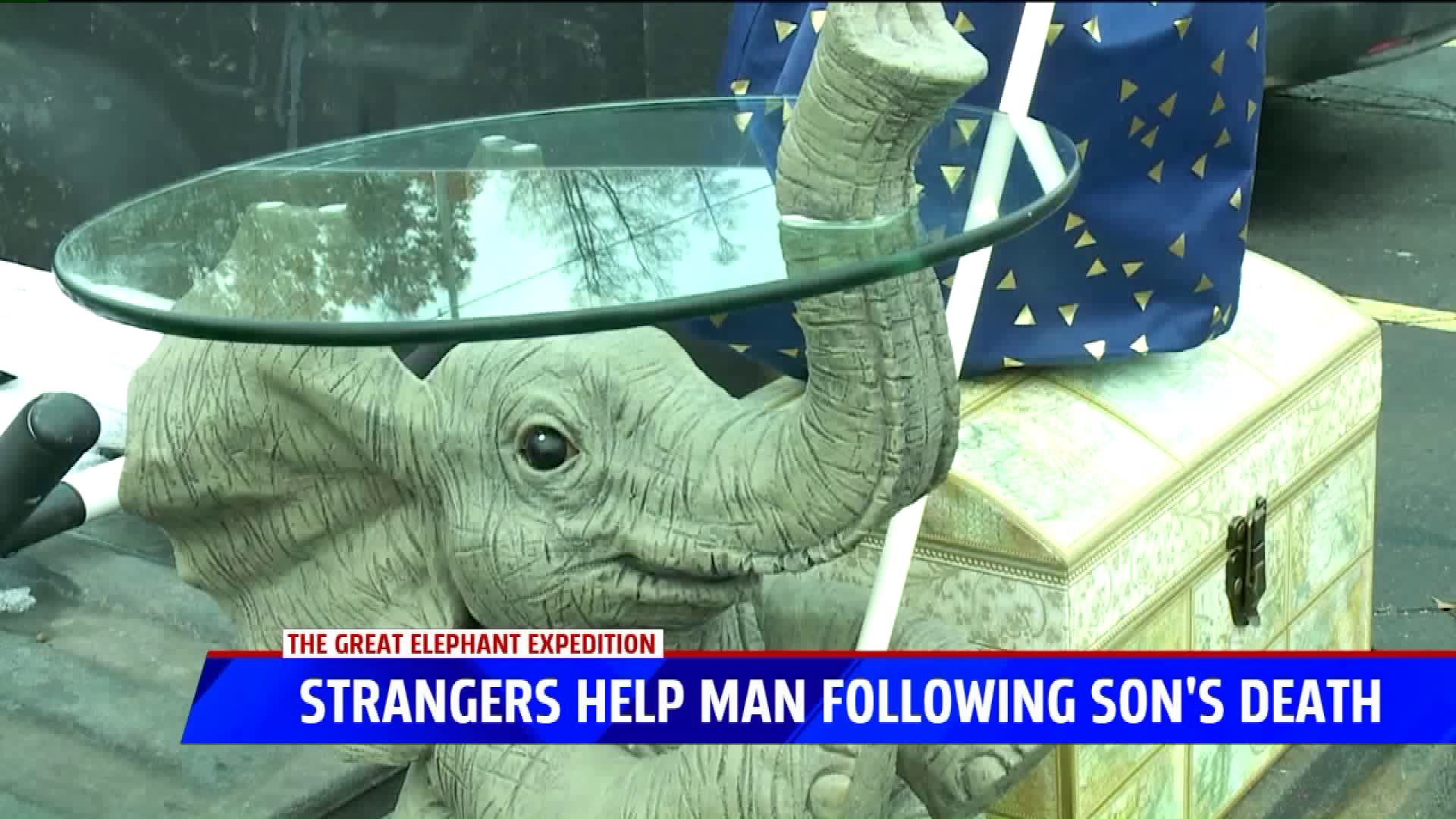 Elephant table makes it way from Minnesota to Michigan

PORTAGE, Mich. — Prior to Tuesday morning, Sara Hutchinson and Julie Thomas had never met. However they spent the last week messaging back and forth about how to transport a two-feet tall elephant table from Indiana to Michigan.

“I’m the elephant drop,” said Thomas in the parking lot of Trove, an antique thrift store. “I’m picking up the elephant in Portage, Michigan and taking him to Jackson, Michigan.”

After that it’ll go to a family in Oxford, Michigan, just north of Detriot, the women said. They’re a part of a Facebook group called Weird Secondhand Finds That Just Need To Be Shared and it’s where they read a post in early November from a man who said the table reminded him of his late young son Brayden.

“The last gift that Brayden gave his mom before his death was a photograph of a mama and a baby elephant and said it was the mama’s protecting the baby,” Hutchinson said.

They said the man stated that their son died in September 2018 from cancer. He wanted to give it to his wife as a Christmas gift this year. However the store in Burnsville, Minnesota, where it's originally from, couldn't ship it to his doorstep in Oxford.

People in the group -- from as far away at the United Kingdom, Canada and Australia -- responded to help him, they said.

“There were hundreds of people that volunteered to help transport it [and] donate money,” Thomas said. “But there was I believe nine of us altogether that ended up taking him on his journey.”

Since Friday, the table has made its way to the backseat of eight of the nine volunteer's vehicles, Thomas said. Like a game of tag, each volunteer drove it from their hometown to the next person's address in a neighboring state.

Hutchinson said when she met the previous volunteer at a McDonald's in Portage, Indiana to pick up the table, actor Ernie Hudson was there and she told him all about the story.  Then Tuesday morning she hit the road to Portage, Michigan.

Thomas said it was 'amazing' to see all the support.

"Given that Braden passed away from cancer, I lost my mom to cancer," Thomas said. "When I see somebody else that’s going through that or has gone through that I know how horrible that it is."

For the last few days, the husband has blocked the wife from the group, Thomas said.  He's keeping it a secret until it arrives in Oxford.

“We’re just hoping she doesn’t see it until the exchange can actually be made, which will hopefully be the end of this week,” Thomas said.