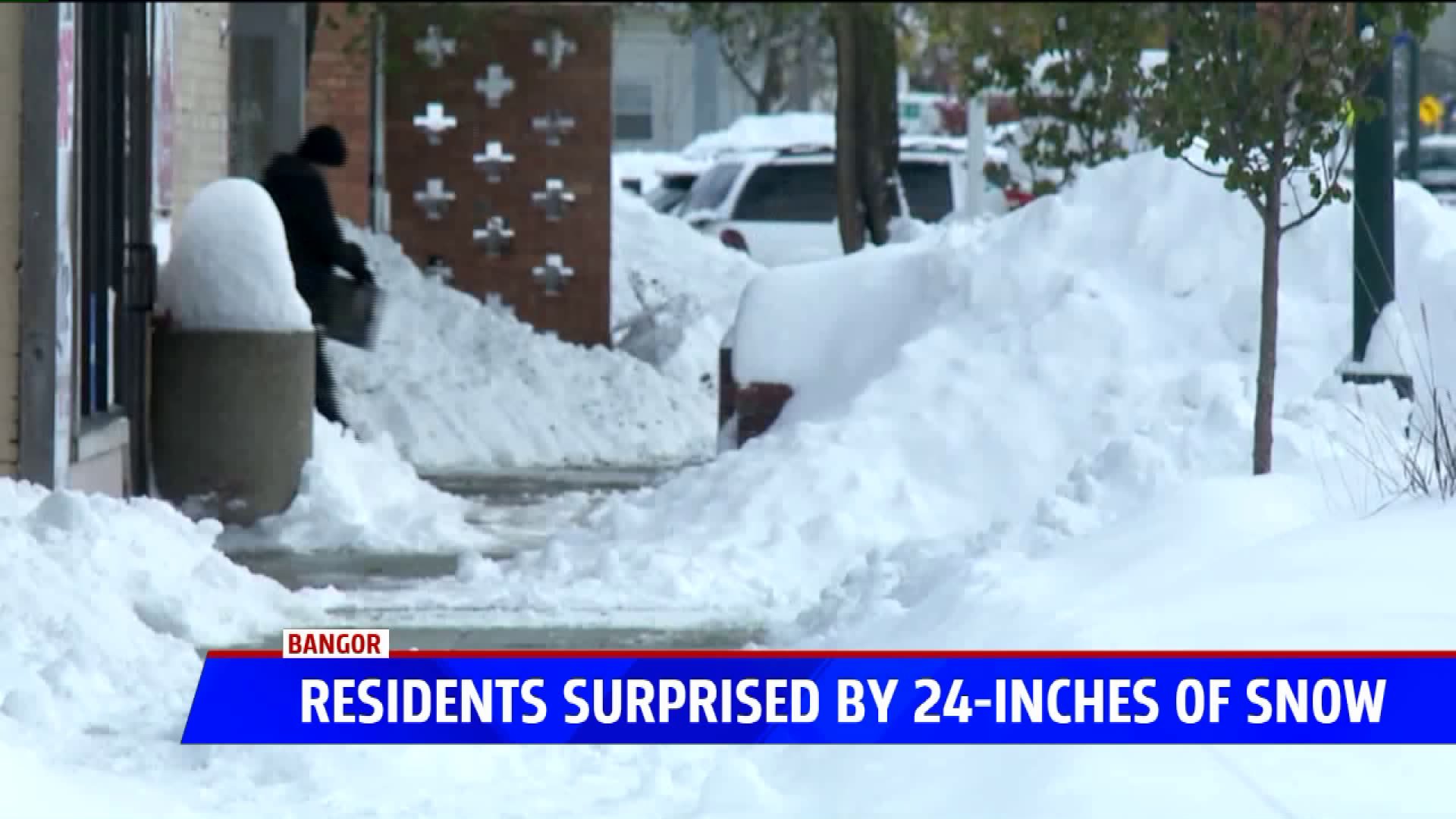 BANGOR, Mich. — When Dylan Little saw a yellow hatchback car stuck in the snow at the intersection of Railroad Street and West Monroe, he jumped out of his mom’s vehicle to help.

Megan Kozel pulled into the Sunoco gas station nearby and joined her son and FOX 17 photojournalist Jason Walsh  in pushing the car out.

“They need to plow the roads better,” Little said during an interview with FOX 17. “They’re missing a lot of spots.”

In one push, they moved the car out of the snow. The driver thanked the group and then reversed back onto Railroad St. where the snow was flatter.

“I’m not ready for it,” said Kozel about the winter weather. “It’s too early. Winter’s not for another month.”

According to the National Weather Service, lake effect snow dumped at least 24 inches on towns along the lakeshore including Bangor.

“We saw a vehicle stuck on M-43, just parked there. Snow plows had to go around,” said Luka Schemenauer. “They’re stuck right out in the middle of the road.”

Schemenauer said he’s been plowing the roads in Van Buren County since 1 o’clock in the morning. Last night he finished plowing at 11:30 p.m. He went home for a bit to eat dinner and then hit the road again.

“Grand Junction’s over 18 inches deep,” said Schemenauer who lives in the Watervliet area.  “Going over there this morning not a single county road was plowed. It was still snowing pretty hard. M-43 was the first road opened up.”

Schemenauer said he enjoys plowing and has been doing it for over 50 years. He recommends that when the roads are difficult to navigate it's best people stay home.

“I saw two tow trucks that were stuck this morning. They couldn’t move,” he said. “When it’s bad, it’s time to relax.”