Teen knitting a ‘scarf a day’ to help homeless this winter 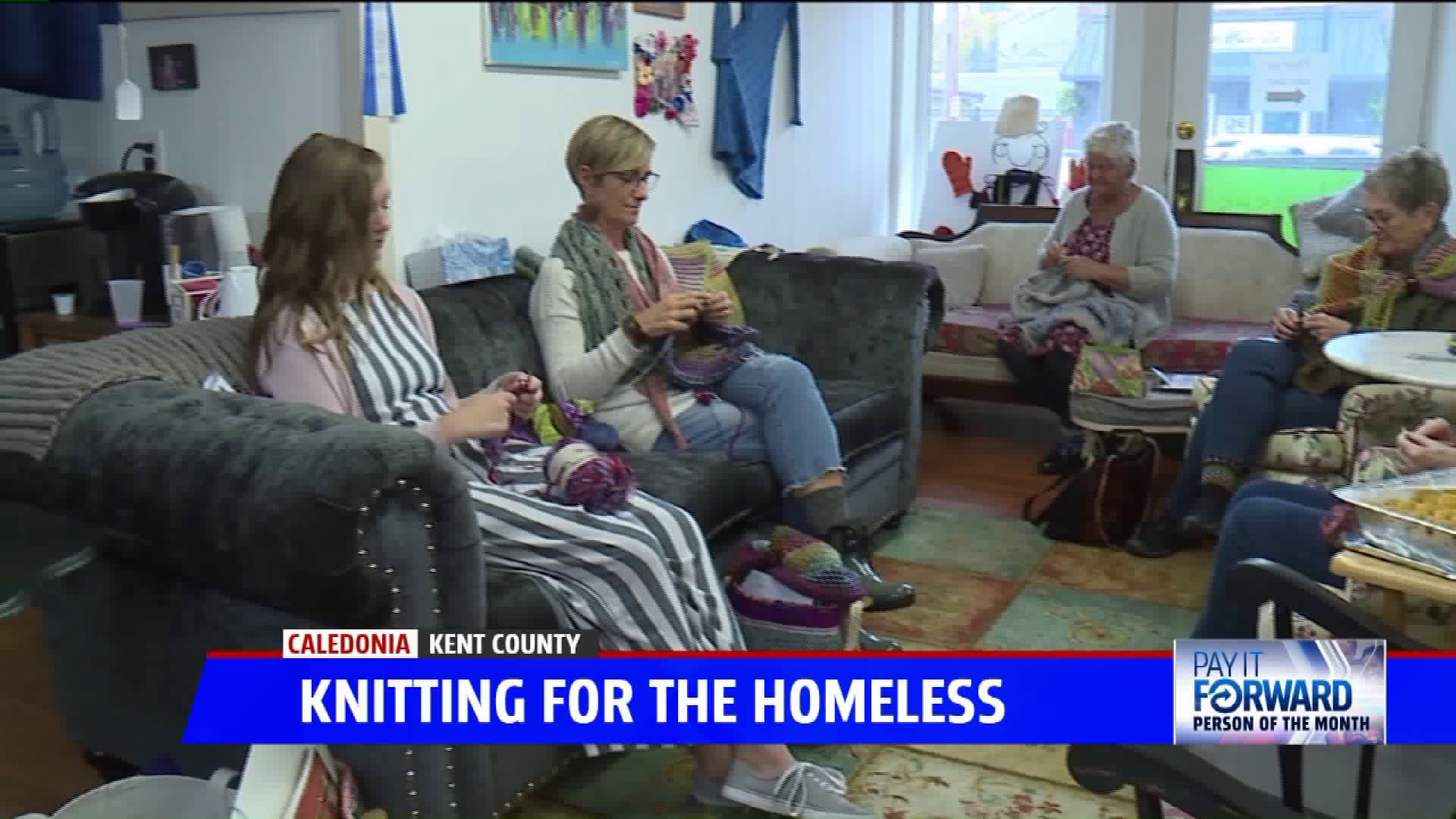 A 14-year-old is knitting hundreds of scarves for the homeless.

CALEDONIA, Mich. — Henny's Yarn Shop draws novice and experienced knitters from all over West Michigan, including a 14-year-old girl who's been knitting since the sixth grade.

Lauren Mahoney is often found quietly knitting away on one of the couches in the shop after school.

"We just hang out here and knit," said owner Henny Stauffer. "I'd say Lauren can come two times a week, sometimes three, and if she doesn't show up, we find out where she is, 'where have you been?'"

Mahoney was introduced to the hobby by Stauffer's daughter, Becky Bravata, a teacher at Duncan Lake Middle School. Bravata heads up the after-school program where Mahoney picked up her first pair of knitting needles.

Mahoney continued to knit through middle school. Last year, when she and her classmates dropped off scarves they'd knitted to God's Kitchen in Grand Rapids, the Caledonia freshman recognized there weren't enough to go around.

"I felt pretty bad," said Mahoney. So she set a goal: "I just said that I'm going to do one a day, for every day."

As of late October, she has made more than 250 and counting.

"I know Lauren puts in so much time, she has just really been dedicated," said Bravata. "I haven't had any other students, knitting students, that continued to knit as much as she did."

Mahoney said it takes just over an hour to knit each one. She's even making up for a busy summer with friends by knitting two a day to stay on track to hit her goal.

Through knitting, she's found new friends and a new passion.

"I liked it, it calms me a lot," she said, adding "I enjoy helping people."

Mahoney said she would like to learn how to start making sweaters next.

As the FOX 17 and Lake Michigan Credit Union Pay it Forward Person of the Month, Mahoney is receiving a $300 prize.

Meet Sawyer Hendrickson, our September Pay it Forward Person of the Month.