Tips on making an informed car purchase, avoiding a headache 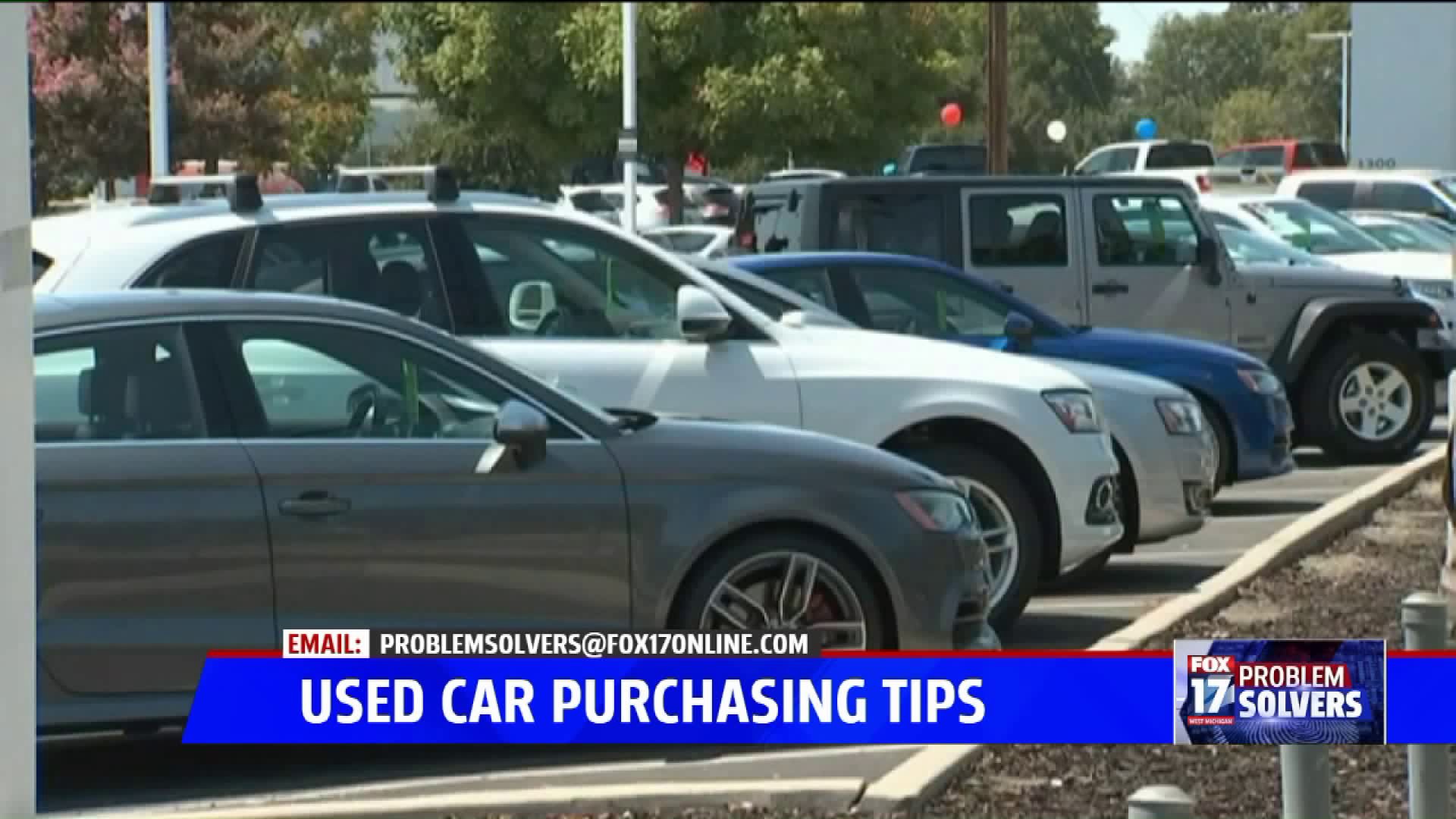 WEST MICHIGAN -- The Problem Solvers are tackling one of the biggest complaints we receive and that is used car nightmares. The news station receives an email or phone call just about every other day from someone who bought a used car that is now having issues. Here's the problem: Once you’ve bought that car, there’s not much anyone can do to help you.

Troy Baker with the Better Business Bureau said, "The first thing you should do is do your research, both on the vehicle you want to buy and on the place you're thinking of buying it."

Buying reliable transportation is an investment. So the BBB says the first step to making an informed used car purchase is to figure out what you're looking for.

What's your price range? What do you want? What should that vehicle normally cost? Factor in year, mileage, and condition.

"If a car normally costs 10-grand to buy and they're selling it for 2-grand, there's probably something wrong with that vehicle that makes it so inexpensive," Baker explained.

That's where a mechanic like Chuck Roberts at Chuck's Auto Repair can come in handy.

Roberts said, "I don't know how many cars I've condemned and found problems with that if I wouldn't have found the problems, they would have wasted five or $6,000 buying a car that wouldn't have lasted more than a couple months."

The Grand Rapids shop owner says it’s an immediate red flag if the seller refuses to let you test drive the vehicle. The same goes if they won’t let you take the vehicle to a mechanic, like him, who will examine it for a relatively small fee.

"I look for accidents, body damage (and) collision damage. I look for leaks. I look for check engine lights and warning lights," he explained.

Roberts added, "A matching set of tires... if the car's been in an accident and tore the tires up prematurely (then) they'll just replace the ones that are worn out."

Also watch out for oil on the ground where the car was parked, a crooked steering wheel, or doors that don’t line up. Remember, aside from certain warranties, when you buy a used vehicle you’re buying it as-is.

Baker said, "As-is means that they're not responsible for anything. As soon as you drive off that lot, that car is yours and all those problems are yours."

Prior to the purchase, he says if the dealer agrees to fix something then get it in writing before signing anything.

Roberts says there are a number of reputable mechanics around and that the $45 inspection fee he charges can save you from wasting thousands on a junk car. If you are buying from a dealership, the BBB says look up their track record, including online reviews, and check with the BBB. You will also want to make sure the dealership is licensed through the Secretary of State's office. (Private sellers who sell less than five cars per year don't need a dealer's license.)