Leroy Quinn, Oakridge get revenge on Montague in OT win 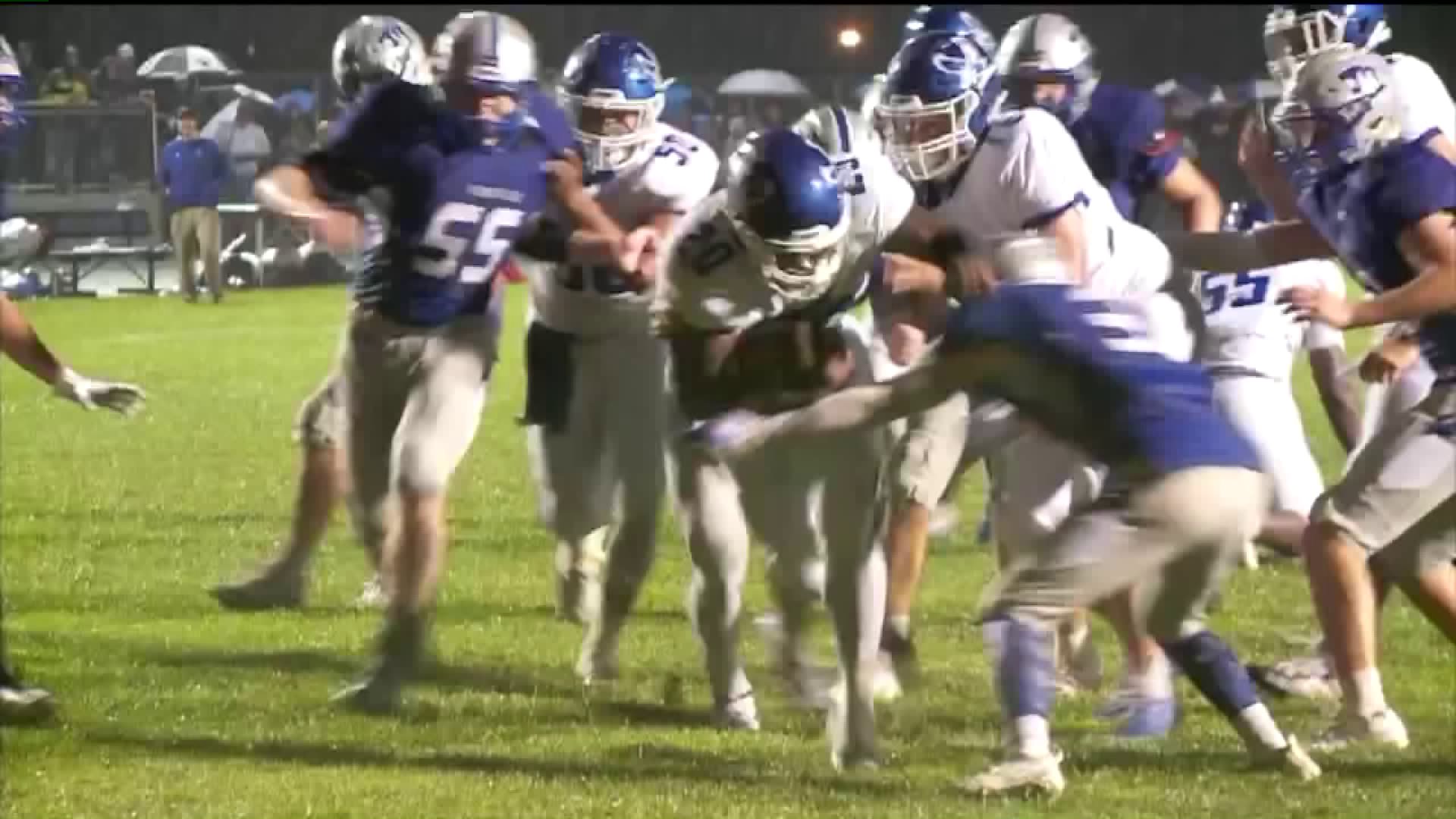 Quinn had Friday night’s game marked on the calendar since last season when Montague narrowly defeated the Eagles.

“What I’ve been waiting for is to beat Montague,” Quinn said. “They beat us last year by that one point and all I wanted was redemption on them. I’m so proud of the team and I’m glad we could pull this off.”

He made his presence known — dominating the game with the 144 yards on 24 carries with two touchdowns and a two-point conversion. Quinn also chipped in on defense with four tackles and averaged 40.2 yards on five punts.

The biggest of those plays was the two-point conversion in overtime, which was set up by a Montague penalty that helped head coach Cary Harger make the call to go for it.

“When they jumped offsides for the PAT, moved it to the yard-and-a-half (mark), and ended up getting another one when they jumped, for us that was a no-brainer to get our nose in there,” Harger said.

Montague set up the potential for another overtime when junior quarterback Drew Collins found senior wide receiver Brennan Schwarz from 10 yards out to bring the score to 15-13. However, the Eagles defense got a stop on the two-point conversion attempt to walk away with a victory.

The game was about more than revenge for the Eagles, as it gets them one step closer to a West Michigan Conference title. In 17 of the last 19 seasons, the winner of Oakridge-Montague has gone on to get at least a share of the title.

But the team’s goal extends beyond a conference title.

“We want to go all the way, that’s always the end goal. We just gotta keep doing what we’re doing, keep fighting hard like we did in this game,” Quinn said.

Friday’s game was hard-fought throughout, taking three quarters to get any points on the scoreboard.

Quinn finally broke through for the Eagles with a 12-yard touchdown run at the start of the fourth quarter to take a 7-0 lead.

Collins responded on the ensuing drive by taking his team down the field using both his arm and legs. He also got some help from his receivers, primarily Schwarz, who made a bobbling catch over the middle to get the Wildcats into the red zone.

Collins capped off the drive with a short touchdown run to tie the game at 7-7 with 7:17 left in the fourth, setting up overtime.

The rainy weather played a factor immediately. On the second play of the game, Oakridge lost a fumble — one of several times the ball was on the ground Friday night.

The Eagles’ defense was able to get a stop, and the offense responded by driving the ball down the field to set up a short field goal attempt two minutes into the second quarter. But a muffed snap stopped any chance for points and Montague’s offense took over at the 2-yard line.