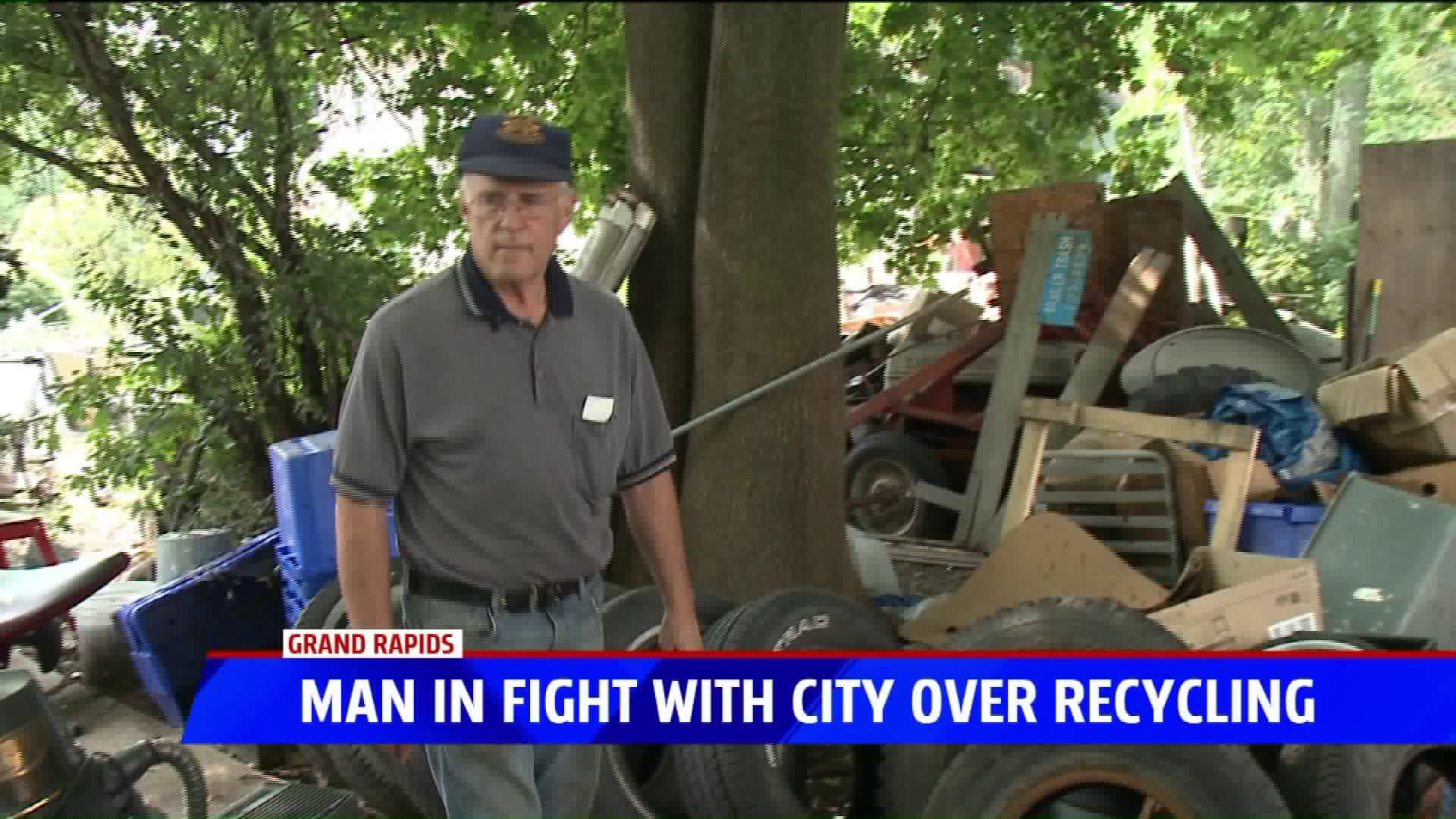 GRAND RAPIDS, Mich. — Bill Peterson is facing fines and jail time for his passion for recycling.

The city says he's violating ordinances and wants him to clean up his yard.

Some would call him an environmentalist with an extreme passion to recycle, but Peterson says he's only doing what he's used to: finding things to repurpose. "I'm in the business of taking detritus from people and sorting through trying to get the maximum use and reuse out of it rather than throwing it in a pile mixing it with other stuff to make it bad and then burying it with a bunch of dirt," Peterson said.

Looking at his house on Cherry Street, you would never suspect that there was a pile of recyclable junk behind it.

Peterson says he has been junking since he was 4, starting with his grandfather. When he moved to the Cherry Street house in the 1970s, Peterson continued that passion, mostly without a problem until about a decade ago.

The city is saying he's violating ordinances by operating a trash sorting and recycling business in a neighborhood.

Peterson's battle with the city over the years has resulted in multiple fines and even two stints in jail.

City officials haven't said much in public on the issue but sent this statement: “We have been listening to all opinions and concerns regarding this case and are looking at all options before moving forward."

Peterson says that while he doesn't make much money off of the business, he doesn't want to give up the fight for his passion.

"I can assure you, if I stop I won't be doing it willingly, and I think I can tell you, as far as I know, nobody else is doing this to the degree that I am, mainly because it's not profitable," Peterson said.

Peterson says he's looking into getting a lawyer and doesn't know what the future holds, but he hopes the city can come to some type of agreement that doesn't involve more jail time or fines.