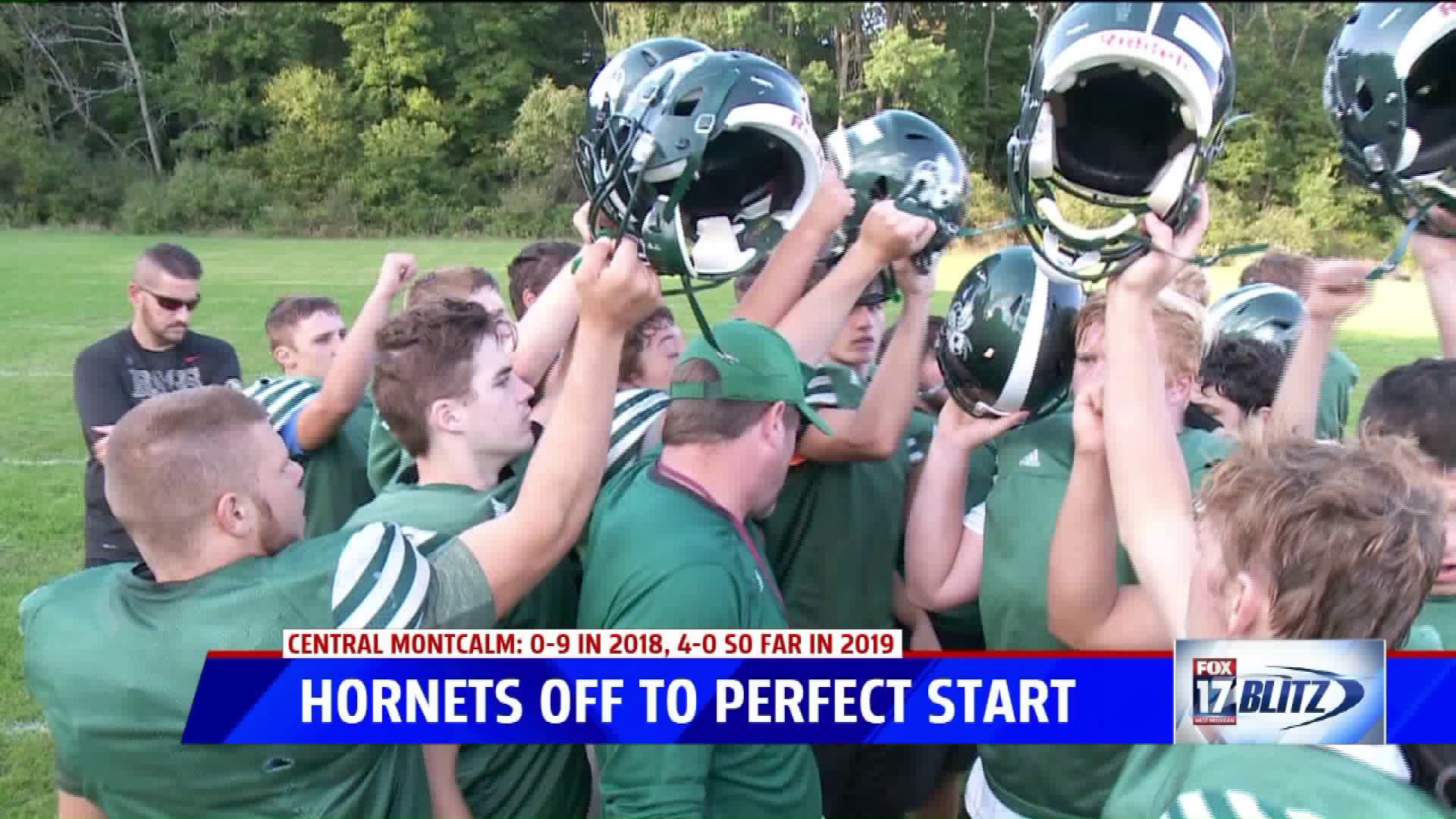 STANTON, Mich. -- Things haven't been easy for Central Montcalm football over the past few seasons.

"It's been a pretty rough first three seasons playing for me," senior Aiden Train said, "but now we're on a roll, and I want to turn this program around."

The Hornets are coming off of a winless season in 2018 and a 5-31 record over the past four years. However, this fall the program is off to a 4-0 start.

"It feels so good," senior running back Teague Donazzolo added. "All these people are coming out from other schools to watch us, and we have the news and everything. That's fun."

"Something about going 0-9 sparks your motivation, I guess," Train mentioned. "The players that did come back are working hard. We don't want that to happen again."

The players credit a lot of their early success to first-year head coach Scott Cripe, who in turn credits the leadership on the roster.

"If you're a new guy coming into any program, the seniors are going to be big because they're either going to buy in or you're going to have trouble," Cripe said. "And these guys have bought in, hook, line, and sinker on everything."

In the first four games of the 2018 season, Central Montcalm was outscored 133-42. This season, against the same opponents, the Hornets have scored them 115-76, but it hasn't been a cakewalk.

"We've had some tough games," Cripe continued. "It hasn't been easy by any stretch of the imagination. We've gone up against some pretty good programs. We've had our backs against the wall. It's a reflection of the character of our kids."

The Hornets are the last unbeaten team in their conference, which is right where they wanted to be. But now they are the team everyone wants to beat.

"Everything is going to get harder," Train said on the remaining schedule. "Everyone is going to be doing their best against us, so we have to keep rolling."

"We have a target on our backs," added Cripe. "We'll see how our kids respond. We just have to have the mentality that we're going to improve every day."