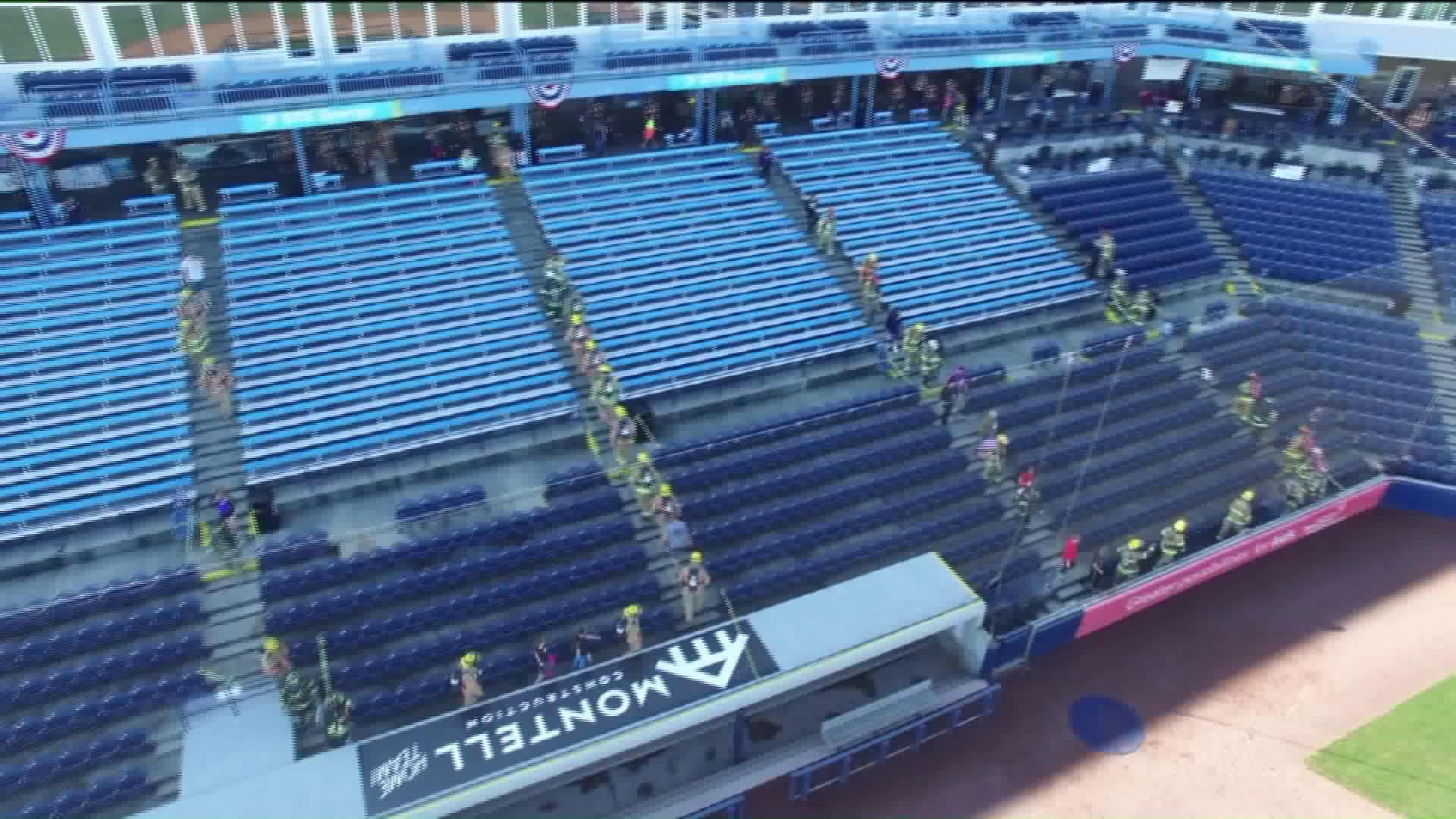 COMSTOCK PARK, Mich. — Firefighters in West Michigan are asking for the community's help in honoring men and women who died on September 11, 2001.

The 2019 Grand Rapids 9/11 Memorial Stair Climb is being held at Fifth Third Ballpark on Saturday, September 14. As part of the climb fire crews will be making their way up and down the stands, traveling the equivalent of the 110 stories of the World Trade Center.

"It's a way to honor those who selflessly gave their lives and we want to remember that because so many children these days do not really know you know what happened on that day and we want to keep that alive in their memories and support the first responders," Marino said, adding that the tears still flow freely all these years later.

The climb is set to begin at 9 a.m. but registration at the event opens at 8 a.m. Proceeds go to help firefighters in West Michigan and fund the programs provided by the National Fallen Firefighters Foundation, which supports families of fallen firefighters.