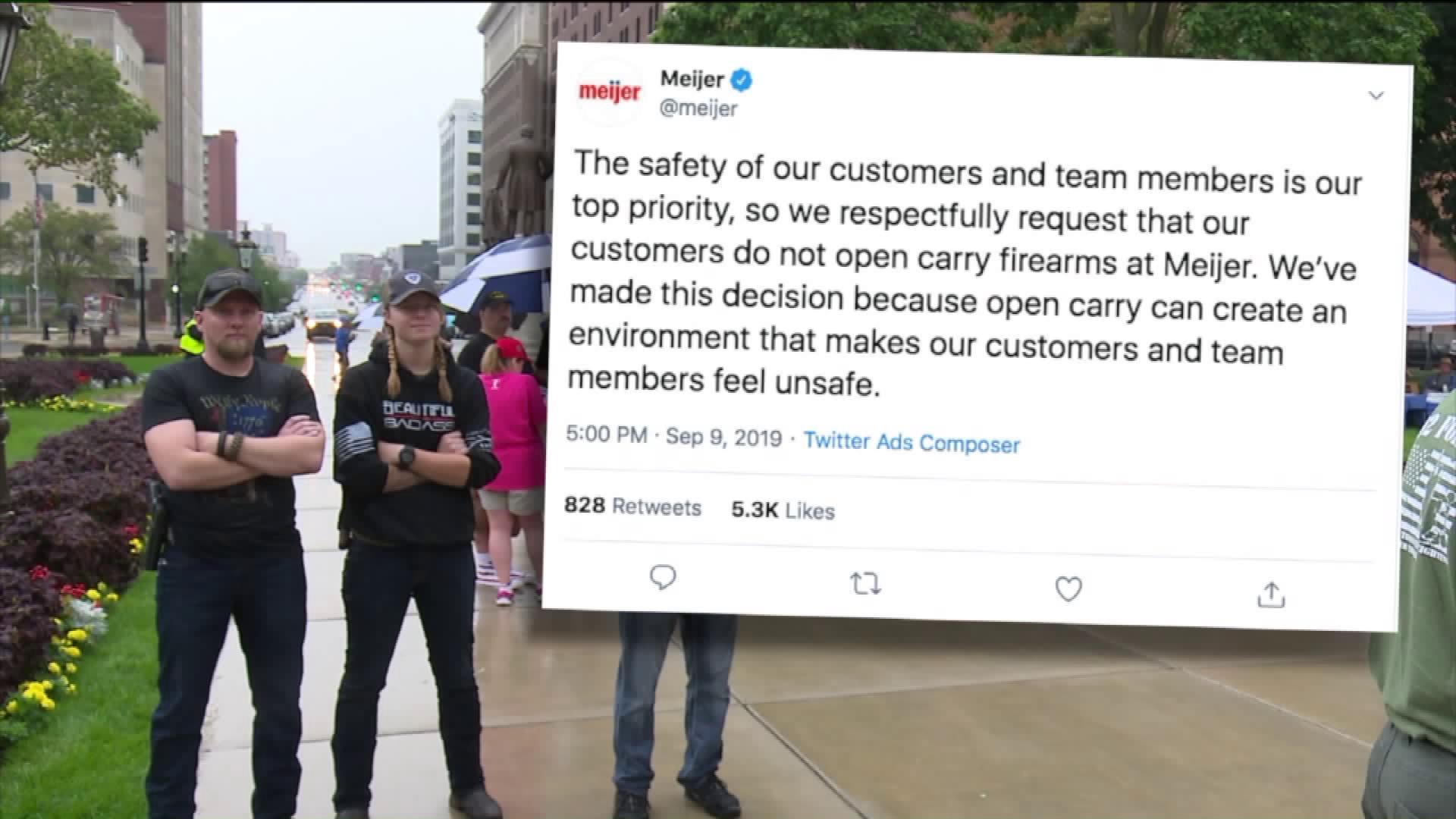 LANSING, Mich. — Several hundred people gathered at the state Capitol Tuesday to protest multiple "red flag" bills currently sitting in Michigan's House and Senate that would alter how and when authorities can confiscate a person's firearms.

A smattering of groups met at the steps of the Capitol building in Lansing to listen to invited speakers, take part in a march and network. All of this was in the midst of some heavy rain and occasional scattering of lightning.

Bob Petersen, a member of the Delta County Gun Owners Association, said “this is how devoted wise are to keeping are rights. The thunder and the rain just aren’t going to stop us.”

Groups in attendance are staunchly against the bills that are often referred to as "red flag" laws.

The event also came one day after Meijer made a social media post asking customers not to open carry in their stores. The post has seen lots of feedback from both sides of the aisle.

Jim Gross, another member of Delta County's Gun Owner Association, said of the request, "That really disheartens me because I like the Meijer store. It's a good store. But as far as not carrying in there, I’m probably going to limit my purchases at Meijer."

For more information about the Michigan Coalition for Responsible Gun Owners, you can check out their Facebook page.