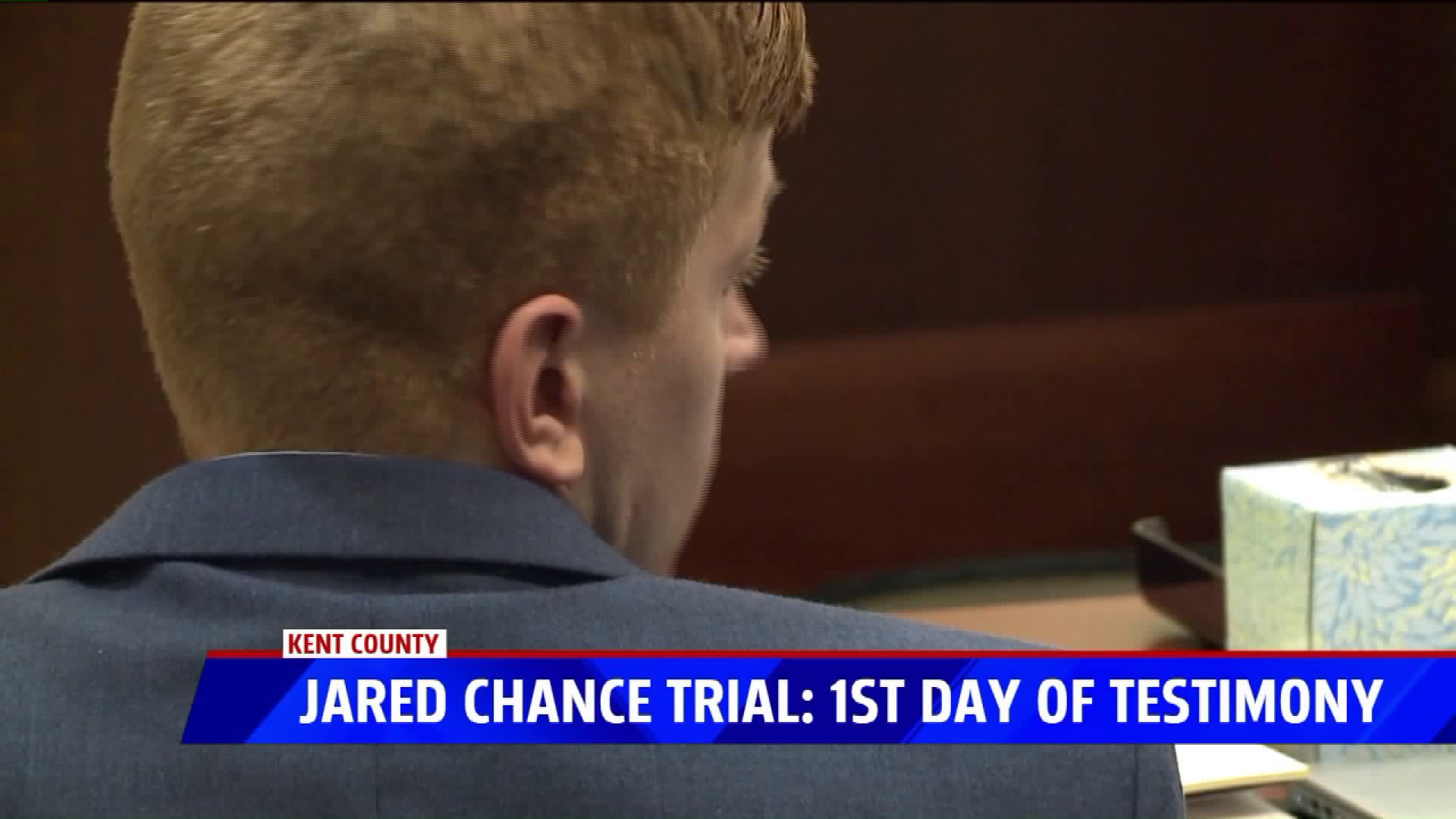 GRAND RAPIDS, Mich. — The first day in the murder trial against Jared Chance has concluded.

Chance is accused of killed and dismembering 31-year-old Ashley Young at his apartment in Grand Rapids, dismembering her body and getting rid of the remains in different spots. Prosecutors offered him a plea deal that would allow him to avoid a mandatory life sentence, but Chance decided to go to trial.

Among the several people who testified Tuesday was Grand Rapids police Sgt. Greg Alcala, who detailed what he saw entering Chance’s basement. Footage from his body camera was also played for the jury.

That December search was prompted by Chance’s neighbor Mario Nelson, who called police after finding blood in the basement. Nelson took the stand Tuesday and testified Chance had been acting strange in the days prior, touching a revolver and claiming he knew how to cover up a crime.

“Our house been having a real bad smell lately,” Nelson said in the recording. “So, I just opened the basement door, went in the basement and there’s a tarp and what looks like it could be blood leaking from it. I want the police to come here ASAP right now and look at it.”

Technicians took the stand Tuesday and said the blood and body parts on that tarp belonged to Young. Investigators are still searching for her head, hands and feet.

The first person to take the stand was Young’s mother, Kristine Young, who was present throughout the day to hear the gruesome testimony.

She described the difficulty she was having reaching her daughter.

“I kept calling her, texting her, I started getting concerned by I’m like, ‘OK maybe because she’s on her phone all the time, maybe her phone went dead,” Kristine Young said. “I knew she worked in the morning, so maybe she was at work and then by the afternoon, I’m like ‘hey, what’s going on?’”

Despite everything that had been presented Tuesday, Chance's attorney said there isn’t enough evidence to prove his guilt.

“The investigation was done in haste. No one can tell you how Ms. Young died,” defense attorney Andrew Rodenhouse said. “The DNA results points to other possible individuals and they’re not here to be investigated. At the end of the day, this is how much evidence you’re going to hear that Jared caused Ms. Young’s dead: zero.”