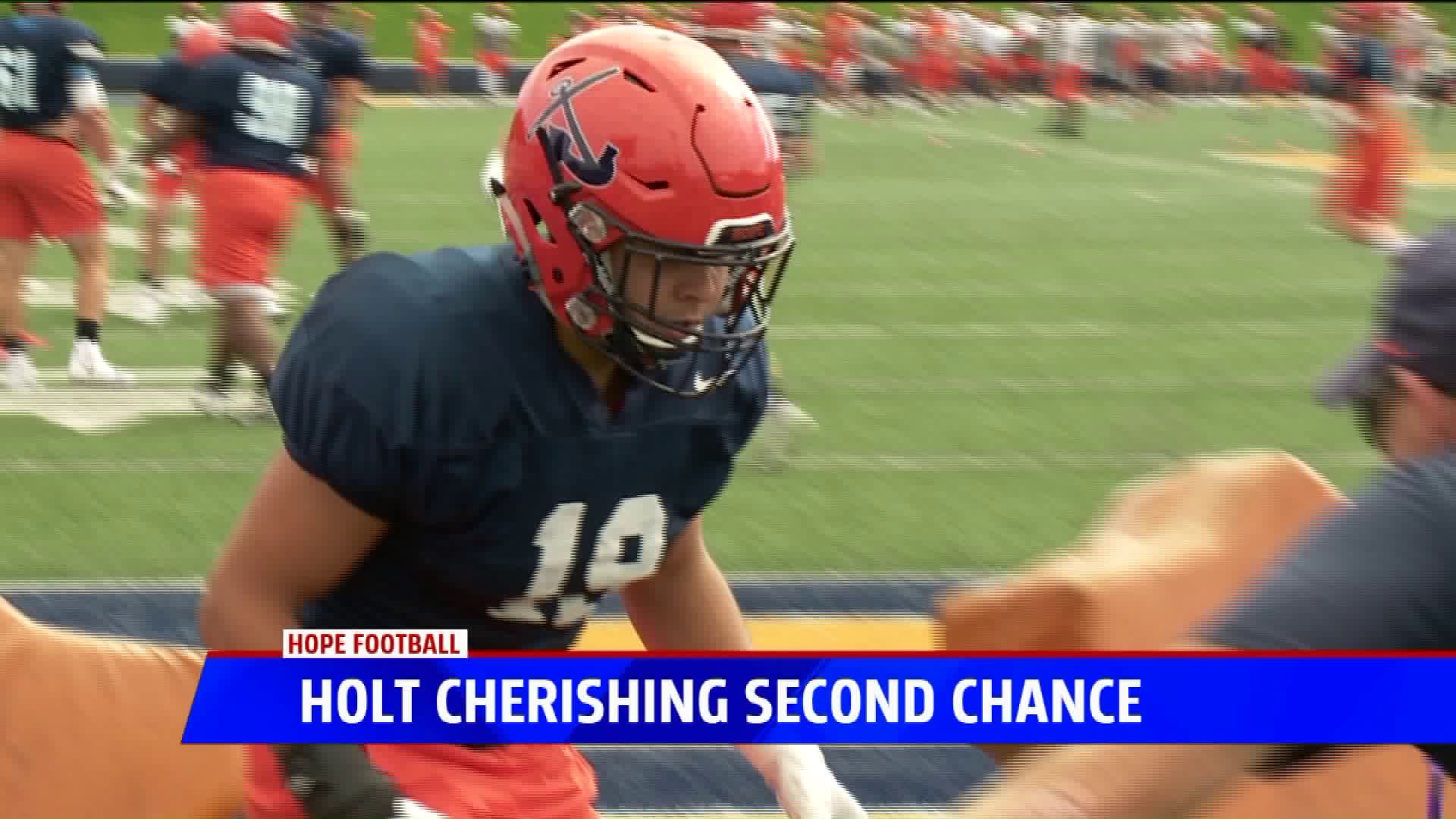 HOLLAND, Mich. — Nicholas Holt was a multi-sport standout at Muskegon Catholic Central high school, leading the Crusaders to back-to-back state championships in football as a quarterback. In baseball, he also led his school to a championship as a pitcher and outfielder and enrolled at Hope College to play baseball.

Almost four years later, Holt is now playing football for the Flying Dutchmen. After three years of baseball, a shoulder injury kept him from continuing.

"I don't think really realized how much I truly missed it until I got to see the culture," Holt said of joining the football program. "I remember I was kind of happy that I didn't because I got to play baseball and I was like, 'You know, this was a good choice.' But then when Coach Stuursma and the whole new coaching staff came in, I was like, 'This is kind of something that I want to be a part of.'"

Holt has started every game on defense since joining the football team and was the team's fifth-leading tackler last fall as a defensive back.

"We gave him an opportunity, and he has made the most of it," head coach Peter Stuursma said. "He has never looked back. We are just proud of him and what he stands for."

This season, he has made the move to outside linebacker and as a fifth-year senior, this will be his last ride at Hope. He will be taking on the role of captain, as elected by his teammates.

"He was elected captain by his peers so that tells you the type of leadership that young man has," Stuursma added.

Hope opens the season on Friday night at Millikin in Decatur, Illinois.