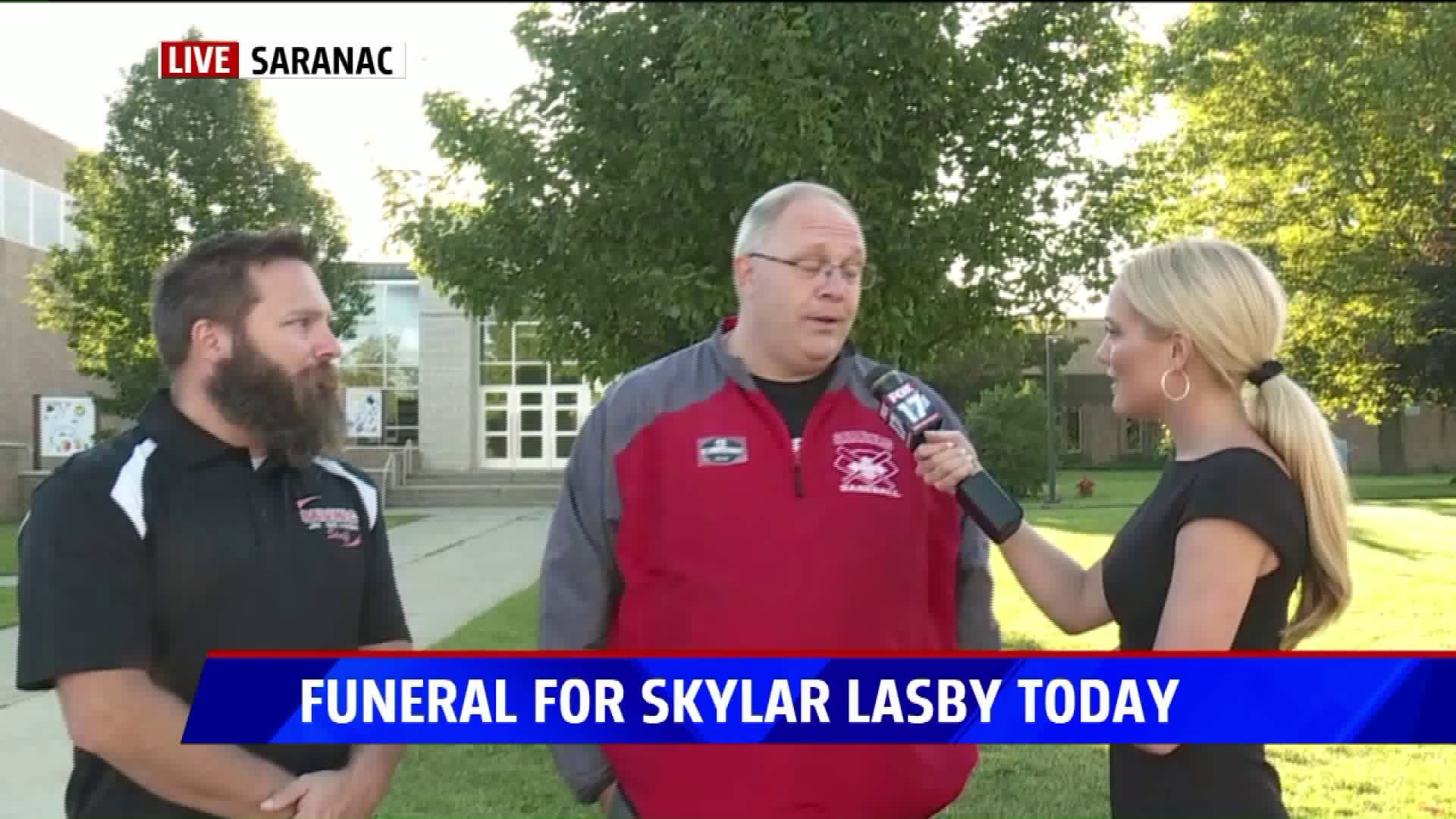 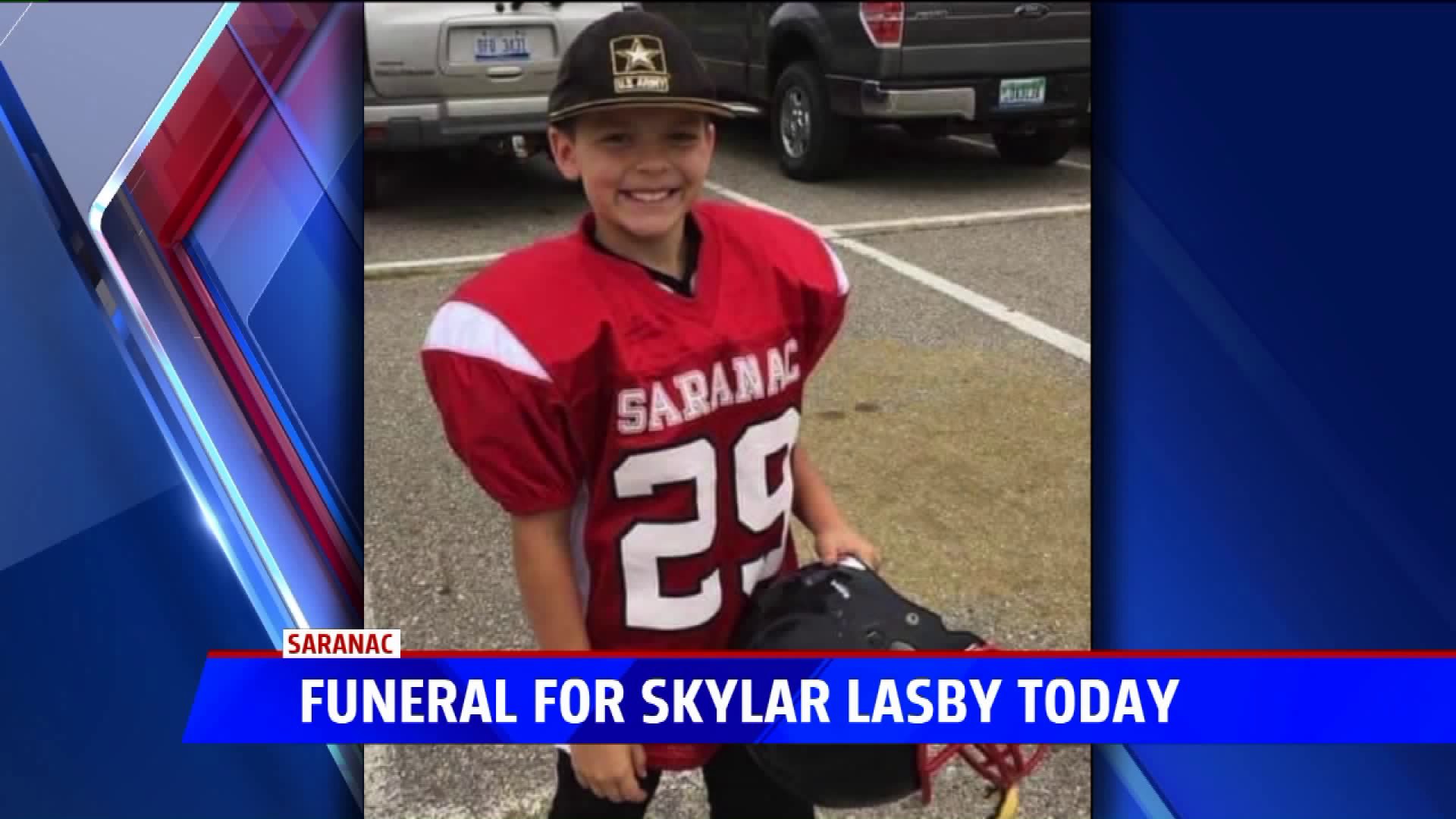 SARANAC, Mich. -- Loved ones and community members will gather Tuesday at a visitation for a young student athlete who died after collapsing during football practice.

Visitation for 12-year-old Skylar Lasby is planned Tuesday from 2-4 p.m. and again from 6-8 p.m. at Saranac Community Church.

Services will be at the Saranac High School Auditorium Wednesday at 4 p.m.

The Saranac football team plans to line up together inside the high school auditorium to pay their respects to the young athlete who died from cardiac arrest due to an irregular heartbeat last week after collapsing on the football field.

Lasby was flown by AeroMed to a nearby hospital where he later died. His family says he enjoyed playing football, fishing and camping and was an avid U of M fan.

If you want to help his family with funeral expenses, click here.