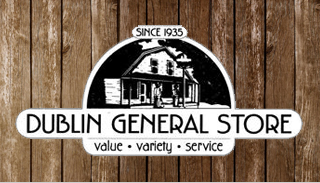 WELLSTON, Mich. — Emergency crews have been battling a fire at a popular northern Lower Peninsula landmark since early Saturday morning.

According to the Manistee News Advocate, the fire destroyed the Dublin General Store after first being reported shortly before 3 a.m. Saturday.

Firefighters from eight departments were still at the scene Saturday afternoon.

The store is a family owned business that first opened back in 1935. It is best known for manufacturing more than 50 varieties of home-cured jerky.

The store also sells spices and cheeses among many other items.

It is located in the Huron-Manistee National Forests at 18372 Hoxeyville Road, west of the intersection of Hoxeyville and Seaman Road just southeast of Wellston.